Earlier this month, the Los Angeles police opened an investigation into sexual assault allegations from multiple women against actor Steven Seagal. Today, one of the women, Regina Simons, opened up about her claims on Megyn Kelly Today.

Simons says she first met the Under Siege actor in 1993 when she was 18 and he was in his 40s and married to model Kelly LeBrock. At the time, she was working as an extra on one of his films when he invited her to a wrap party. Hoping to make professional connections, Simons went.

“He let me in through the gate, and he was standing at the doorway. Immediately I asked him where everyone else was for this wrap party, and he said that everyone had left and he said he wanted to show me something,” Simons said. Adding that he led her to “what seemed like a bedroom.”

According to her, Seagal than began sexually assaulting her.

“Then [he] closed the door and tried to kiss me and took my clothes off and, before I knew it, he was on top of me and I couldn’t move. I just completely froze… even felt like I left my body,” Simons said

She went on to tearfully explain that she was staring at a nightstand or table where a picture of the actor and “the lady from Weird Science” stood. She was unaware that the woman was Seagal’s wife.

“I remember just staring at that picture and wanting him to stop,” Simons said. “I know what consent is and that definitely was not consensual. There was no asking me if this was OK. It just was very predatory, very aggressive and traumatizing.”

Simons, along with Jenny McCarthy, Portia de Rossi and other women, reported their alleged encounters to the LAPD earlier this month, prompting an investigation. Now, Simons is asking that Seagal give an “acknowledgment” of his actions.

Seagal, 65, was a mainstay in successful action films of the 1990s and early 2000s. However, the actor has not appeared in a big film for some time. 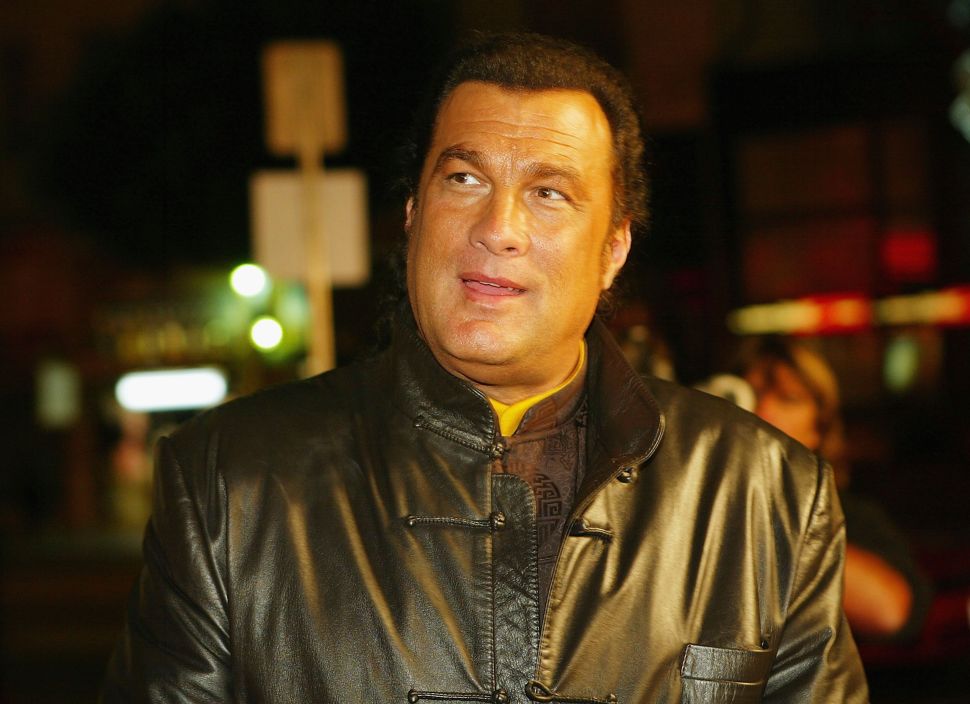