For several years, the Communicus research team has measured the effectiveness of Super Bowl advertising. After several hundred commercials scrutinized and consumers surveyed, our historical data and analysis have yielded detailed insights on what works and what doesn’t.

But here’s a question: What does it mean for a Super Bowl ad to “work” for a brand? While many think it’s enough to be discussed around the cooler the next day (and on Facebook and Twitter in real time), that’s not necessarily going to produce any meaningful value for a brand.

Optimistic marketers also often believe a Super Bowl ad can build purchase intentions or generate meaningful buying behavior. But it’s generally unrealistic to expect that one exposure to a single ad will drive much in the way of shifting brand beliefs or behavior.

In fact, Communicus research confirms that less than 20 percent of Super Bowl ads produce significant impact on the brand. These aren’t favorable odds for a CMO who’s taken a massive chunk out of his annual budget for the multi-million dollar table stakes required to play in this space. A 30 second spot will cost advertisers $7.7 million dollars this year. That works out to $256,666 per second.

In fact, there is just one accomplishment we can proclaim the MVP (most valuable payoff) of Super Bowl advertising: increasing the mental availability of the brand in the minds of consumers.

Mental availability is the likelihood that a consumer will think of, notice, or recognize a particular brand when they’re ready to buy, consume, or otherwise use. If you laughed at that silly beer commercial but have no recollection of which brand it was advertising, that ad experience has not affected the brand’s mental availability to you. Thus, the advertising hasn’t increased the chances that you will consider the brand when in a purchasing situation.

The brands that succeed in increasing their mental availability with consumers do three crucial things right.

First, it’s vital to be true to the brand story. This is not merely the theme of the brand’s recent campaigns or the image its marketing projects. It’s something much more foundational—an easily understood narrative that both establishes the brand in consumers’ brains and makes them believe the brand is different than the competition and for “someone like me.”

Snickers has created a brand story through consistent advertising and other brand communications over the years. They’ve embedded their brand story in consumers’ psyches. Everyone knows that Snickers is not just candy, but an indulgent treat that will also tide you over until your next meal. That’s the role the product fills in consumers’ lives, which helps them remember when and why they’d want to buy it.

For Snickers, the brand story has been consistently and effectively communicated in their annual series of “You’re not you when you’re hungry” Super Bowl ads. For example, showing Marilyn Monroe so consumed by hunger that she turns into a grumpy Willem Dafoe during her famous skirt-blowing pose over a sidewalk grate. This commercial followed the previous one for the Big Game, a reenactment of a Brady Bunch scene where an irate Marcia was played by Danny Trejo, with truculent Jan played by Steve Buscemi.

When you urgently need to eat and want something sweet that will satiate you and cure those “hangry” feelings, it’s likely Snickers is a brand that will come to mind. Or if you’re at the checkout stand and see the Snickers bars, you’ll think about the “job” they can fulfill for you. Such mental availability in consumers’ brains hinges on nailing the brand’s story of what they’re all about—and which job they do best.

Moreover, the brand story is the foundation for the second imperative in building mental availability: In service of the brand story, brands must create and consistently deploy distinctive brand assets (DBAs) throughout years of advertising. The more inextricably linked those DBAs are to your brand, the better.

For example, nobody is ever going to hear the familiar “Nationwide is on your side” jingle and think it’s a Geico ad. State Farm’s upbeat “Like a good neighbor” tune—full of promise and projecting the brand story—is embedded in the brains of multiple generations. This means the brand will be mentally available during the purchase consideration phase for dull, complex insurance. Linking such assets to the brand—thus building the brand’s foothold in consumers’ minds—is essential.

DBAs aren’t just about slogans, though. They can also include visual cues and characters, such as M&M’s animated candies or the Budweiser Clydesdales. Because people pay attention to things they recognize, these consistently leveraged DBAs can be effective even with a twist—provided the asset can still be associated with the brand in consumers’ minds. People are much more likely to notice and engage with something new if it’s interwoven with what’s already familiar—that is, what is already mentally available to them—rather than totally new.

A tight brand story, well-executed DBAs, and ad spots that build on the brand’s established foothold in the minds of consumers are all mandatory for Super Bowl success. Communicus research shows that entertaining commercials are 50 percent more likely to get noticed than those that aren’t, but entertainment alone is not enough. In fact, our research also shows that 64 percent of Super Bowl viewers are unable to connect a memorable ad to the brand it was advertising.

Which brings us back to the point: A winning Super Bowl ad is one that builds and reinforces the brand’s mental availability to consumers. Because if you’re not on their radar when it’s time to spend money, you’ve lost the only game that counts. 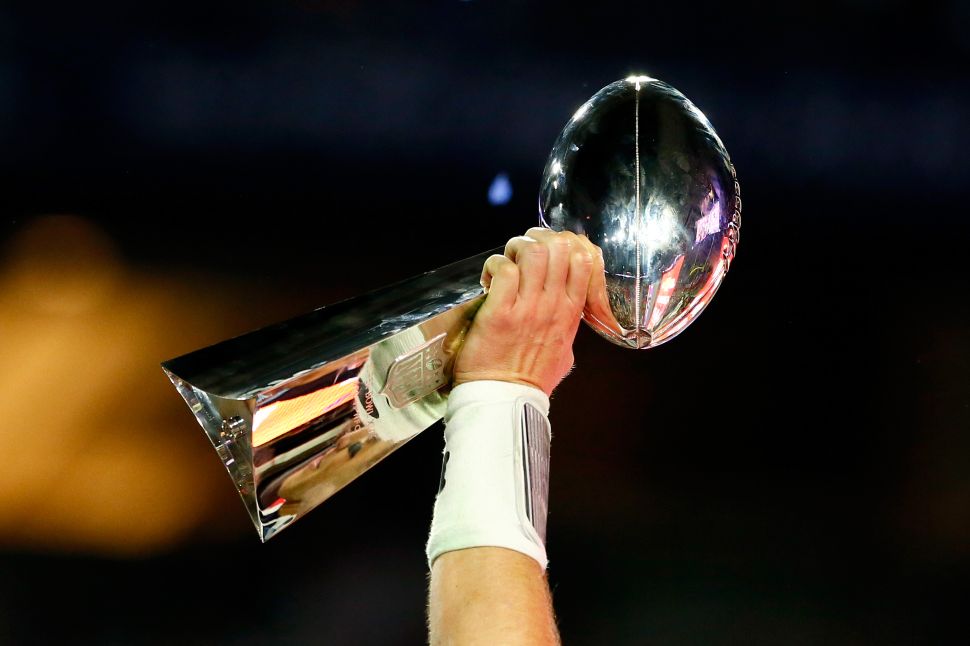