As we settle into the new year, it’s time to look toward the best, brightest, and warmest events on the horizon. From massive food festivals and tennis competitions to marathons and electronic music, here are five sure-fire excuses to skip a few days from work and travel down south. All you’ve got to do is book your tickets. Tempting, right?

Kick off 2018 with Miami’s largest marathon in late January. With a mostly flat 26.2-mile course through Downtown Miami, Key Biscayne, Coconut Grove and Miami Beach, runners will experience some of the most beautiful views across South Florida. As the second largest marathon in Florida, the race draws more than 25,000 runners from all 50 states and 80 different countries. For seasoned contenders, the course is considered a qualifier for the Boston Marathon. Remember to book early, as nearby hotels are known to fill up quickly.
January 28

You don’t need a boat to have a blast at the Miami International Boat Show. Marvel at some of the most cutting-edge multimillion-dollar yachts, all while sipping cocktails and nibbling on croquetas and ceviche. Whether or not you’re in the market for a vessel your own, view and board more than 1,000 sailboats, powerboats, catamarans and yachts parked along the Biscayne Bay. This annual event definitely makes the perfect gift for dad, from a birthday present to an early Father’s Day trip. Trust us, it’s worth it.

In February, some of the biggest names in the culinary world will unite in Miami Beach for a five-day food and drink extravaganza. More than 65,000 guests are expected to attend a roster of 85 events, which will take place February 21 through February 25. Look out for the grand tasting village, where more than 50 restaurants and drink purveyors will offer bottomless samplings; along with other themed events like Tacos After Dark, Cigars and Spirits, Burger Bash with Guy Fieri, Tour de Spain with José Andrés and Giada De Laurentiis’ Italian-themed soiree.

The annual electronic music festival brings the world’s hottest DJs to downtown Miami for three days of nonstop partying. (Past headliners include Diplo, Carl Cox, David Guetta, Skrillex and Tiesto.) Coinciding with the Winter Music Conference, the weekend will include events beyond just the official festival. Keep an eye out for performances at nightclubs, pool parties and other late-night raves in Miami Beach. This year, Ultra is celebrating its 20th anniversary, which is expected to bring additional events and performers.

The world’s top-ranked tennis pros will battle it out in Key Biscayne during the annual Miami Open. Rub shoulders with the who’s who of the sports world and a handful of A-list celebrities, as more than 300,000 pack Crandon Park during the two-week event. Besides round-the-clock competitions, the games are replete with local food concepts, pop-up stores and live entertainment. Depending on your schedule, opt for daily or multi-day tickets, or vacation packages with lodging included. 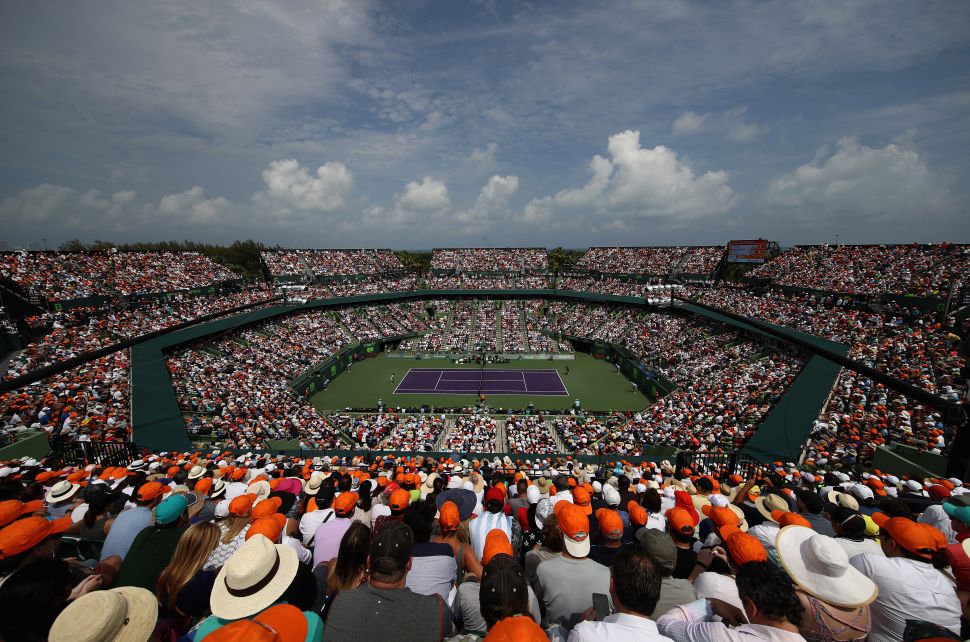