Last week, retired Marine General now Secretary of Defense Jim Mattis released an 11-page summary of the nation’s latest national defense strategy. The strategy reflected the secretary’s philosophy and his experience as a brilliant practitioner of military art and a serious student of war in all its forms whose knowledge exceeds that of many scholars. The document is an extension of the last administration’s “four plus one” strategy.

Shifting the focus away from terrorism as the main threat to competition and rivalry with China and Russia, as well as potential danger from North Korea and Iran, the strategy lists 11 objectives to be met with a more “lethal” joint force that can deter and then “win” any war that might start. Few would disagree with this logic, provided one accepts that China and Russia (or Iran and North Korea) can only be deterred by military force. This is the glaring flaw in an otherwise well written and intelligent document that so far has received good reviews.

Since World War II and during the Cold War, American policy was based on the unstated premise that military deterrence and political (or strategic) deterrence were synonymous, equivalent and inseparable. Because America maintained more than enough military force to destroy the Soviet Union, it was deterred and its political ambitions were contained. In the 21st century, military and political deterrence are no longer synonymous nor necessarily even connected.

For example, all our military power has no constraining effect on Russian “active measures” or intervening in U.S. and other states’s politics or in annexing Crimea. Nor can the U.S. Seventh Fleet prevent China from militarizing tiny islands in the South China Seas or building up its defense capability. And having the finest military in the world will not alone defeat radical Islam or other ideologically driven groups who do not have organized armies or navies.

Perhaps to constrain the many centrifugal political forces present in American politics, an enemy or enemies is needed to rally at least some consensus. Unfortunately, as my latest book Anatomy of Failure argues, exaggerating enemies, threats and the need to act led America to start wars that we lost or in which we failed. In Vietnam, three administrations believed that monolithic, Godless communism had to be stopped in Southeast Asia or it would spread like falling dominoes. In 2003, invading Iraq was meant to alter the geostrategic landscape of the greater Middle East by the imposition of democracy. It did, but in the entirely opposite direction.

Russia and China are not going to go to war against the U.S. and its allies. Russia will use active measures to achieve its aims. China will increase its influence. And while the new defense document rails against China’s “predatory economics,” it does not acknowledge that China has invested nearly $3 trillion directly into the United States or more than 10 percent of our annual GDP. How can that be seen as predatory? And with the U.S. abandoning the Trans Pacific Partnership (TPP), by default, China will gain even greater influence—meaning that Washington is enabling  the very predatory Chinese economic reach that we find threatening.

A realistic understanding of national security that emphasizes protecting and advancing our and our allies’ interests rather than making Russia and China adversaries to be countered with military force is needed. In today’s pernicious political climate in Washington, such objectivity is likely to be labeled “anti-American” or “unpatriotic,” even though we spend many times more on defense than do China and Russia combined.

Clearly, China and Russia are acting in their interests, which often seem in conflict with ours. However, American military interventions notably into Afghanistan and Iraq; Libya in 2011 that provoked a civil war; and the global war on terror, are perceived differently by Moscow and probably Beijing. Not only can the U.S. not be trusted to act responsibly. Worse, these American interventions are dangerous to global peace and stability and must be countered. That this negative perception of U.S. actions is widespread abroad is not understood by many Americans.

In the 21st century, the more effective ways to deal with Russia, China, North Korea and Iraq are strategic, political, economic and ideological.  Military force is obviously necessary as a building block, but it cannot become the surrogate for smart policy.

Without a realistic understanding of what should constitute defining “enemy,” the new defense strategy will be hailed as sound. Even though this strategy will not necessarily make the nation any safer and is unaffordable in any event, these realities will be lost in what passes for strategic debate in Washington.

Dr. Harlan Ullman’s latest book is Anatomy of Failure: Why America Loses Every War It Starts and his Twitter is @harlankullman. Read his full bio here. 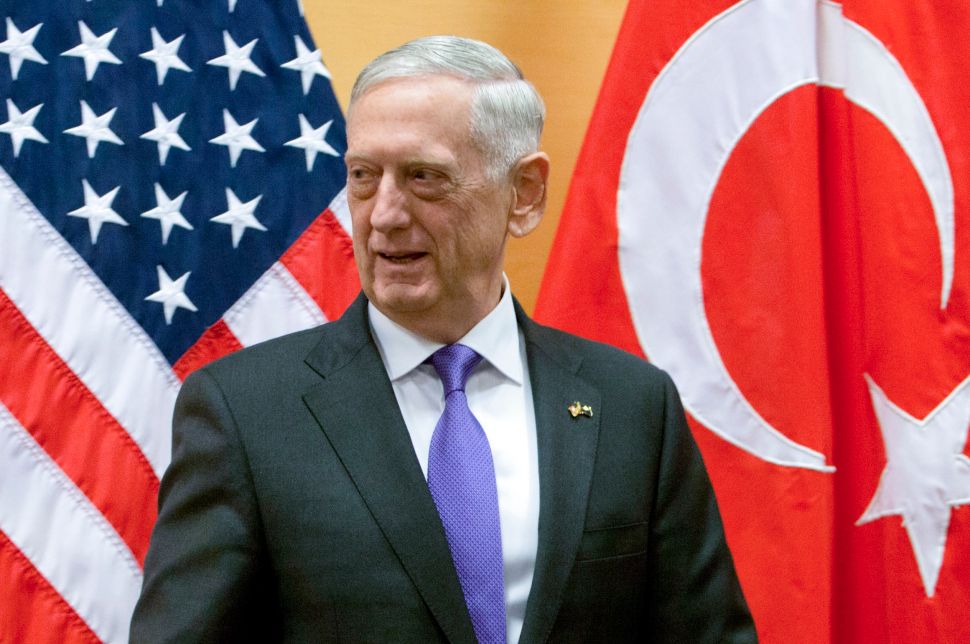