If you’re looking for a way to kill time this holiday season and are tired of your own family, consider joining the Swedish royal family…online, at least.

Even if you don’t speak Swedish, you can appreciate a precious video, and that’s what the Swedish royals provide courtesy of Kungahuset, the official channel of the Swedish royal court. The channel was brought to our attention when they posted a far more entertaining video than the British royal’s annual Christmas card. In this holiday clip, Crown Princess Victoria plays with her children, sledding down a hill, engaging in an aggressive snowball fight and all around proving she’s much more adventurous than Kate Middleton, who might like tennis, but rarely takes off her wedges.

This isn’t the only video the Swedes posted of behind-the-scenes family times. If you go on a deep dive, you’ll find footage of Princess Victoria’s charming daughter Princess Estelle (who would be an ideal playdate partner for Prince George) as she learns how to bake with her parents, carefully places ornaments on the family Christmas tree while wearing a moose sweater dress and goes camping while her brother Prince Oscar rocks a backpack. In short, Princess Estelle is the true star of the Swedish royal family—sorry, Princess Sofia.

While the British royals certainly have plenty to look forward to in 2018, including Prince Harry and Meghan Markle’s impending marriage and the birth of Kate Middleton and Prince William’s next child, they’re going to face serious competition from the Swedes—especially when it comes to athleticism. Perhaps Markle, who’s a longtime yogi, can help them out. 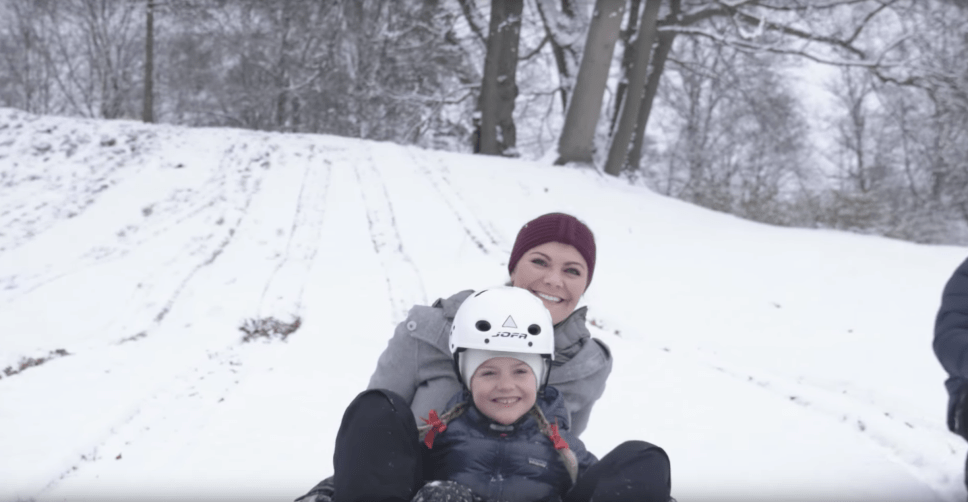