The world may be watching the protests in Iran with great interest, but seeing is not the same as understanding.

The daily rallies in Iran are very important.  The motivation for many of those rallying is a pent-up frustration over a corrupt and non-responsive theocratic government. The rallies are engined by youth, and youthful anger engendered by skyrocketing unemployment and feelings of hopelessness. The signs and slogans defining these rallies and denouncing Iranian involvement in Syria, Iraq and Palestine are akin to the signs and slogans of isolationists and non-interventionist elsewhere in the world.

In rallying, the youth of Iran are speaking out clearly—bluntly and unafraid—telling their leadership that they squandered the money and opportunity Iran gained when international sanctions against them were lifted by spending those funds on issues that are of little concern to local Iranians. Money was used to bankroll foreign policies far away from home, to the neglect of urgent, pressing, domestic issues. Money was spent in Syria, Iraq and elsewhere.

This is not the first time rallies have overtaken Iran. The last time rallies of this magnitude shook the nation was in 2009. Those protests, unlike today, were imbued with strong ideological tones.  Today’s rallies have a more rural groundswell. Many are held in areas where the religious police infrastructure is less developed, and where locals are more bitterly feeling the crunch of economic collapse. Today’s youth, marching in these rallies, see no hope on the horizon.

But they are not the only people marching.

There is also a large and vocal movement rallying and marching and demonstrating in support of Iranian leadership. To the Western eye and ear, all the rallies are the same—Iranians marching in protest. Unfortunately, few Westerners speak Farsi and understand the chants. Few Westerners read Farsi and understand the placards. Few Westerners know that there is a difference between the protesters, let alone have the ability to tell the difference between the protests.

But if you pay attention, even without knowing the language, you can tell the difference. Too few people are paying attention.

Those marching in traditional garb support the Ayatollah. The marches of all women, and the groups of exclusively middle aged men, are in support of the regime. If clothing is not an obvious giveaway, look at the posters and placards; you don’t have to read Farsi to understand that pictures of the Ayatollah and the president in their splendor are a sign of support for the regime. On the other hand, placards with big X’s, red splotches and swastikas obliterating those same faces indicate displeasure with the regime.

Video feeds being shown to the West on our television and computer screens have been misleading—even irresponsible, and dangerous. At least half of the rallies, and some Iranian sources put the number even higher, are in support of the current regime.

Iranians regularly hold rallies and participate in protests. Rallies are part of Iranian culture and history. Most rallies do not make the Western press. They are not important or interesting to the West.

The Ayatollah came into power through a violent revolt. The regime maintains control by wielding a heavy hand that blocks external and Western influences. There is a strong Western bent among the middle class. But despite Iran’s theocracy, they permit discontent and protests—up to a certain point.

Discussion must be presented using religious idioms, because when grievances break out of religious metaphor, the guillotine comes down. The early language of the protesters now parading throughout Iran fit the norm—but with each passing day the protests have evolved, and the tenor and the words have now changed. The protesters are shouting “death to the dictator” and the placards they hold depict acts of violence against their leadership.

Iranian leadership is in a quandary. If they crack down on the protesters it may boomerang and motivate even more anti-establishment feelings, drawing more protesters to the streets, generating more deaths causing more resentment. If they lightly control the protests they may, over time, fizzle out.

The answer the government has found is to strangle social media. There is always tight governmental control over social media and the internet in Iran, now the government is cracking down even more. Their master plan is to prevent rally organizers from communicating with each other and with the participants. They are hoping to quell the revolt by cutting off communication among those revolting.

Until the government shut them down, protesters had been communicating through a highly-encrypted app called “Telegram.” The encryption was helpful, but flawed; because most of the phones used by the organizers are jailbroken, they cannot be updated. When phones can’t be updated, they are vulnerable and can be easily hacked by the government.

Google also has an encrypted communication app called “Signal.” But Google has refused to allow their app into Iran out of the fear that they will be breaking Congressional sanctions and the blacklist against Iran. If Google chooses to do so, they could make a public and private appeal to “white list” Signal and enable the organizers to communicate. Americans would certainly understand, as would Congress. President Donald Trump, if it was brought to his attention, might even advocate for this solution. But that is not the path Google is taking.

In the meantime, the people of Iran carry on with their rallies and protests. Neither side—not those in favor of the regime, and not those in opposition to the regime—is about to give up and go silent. Not yet. 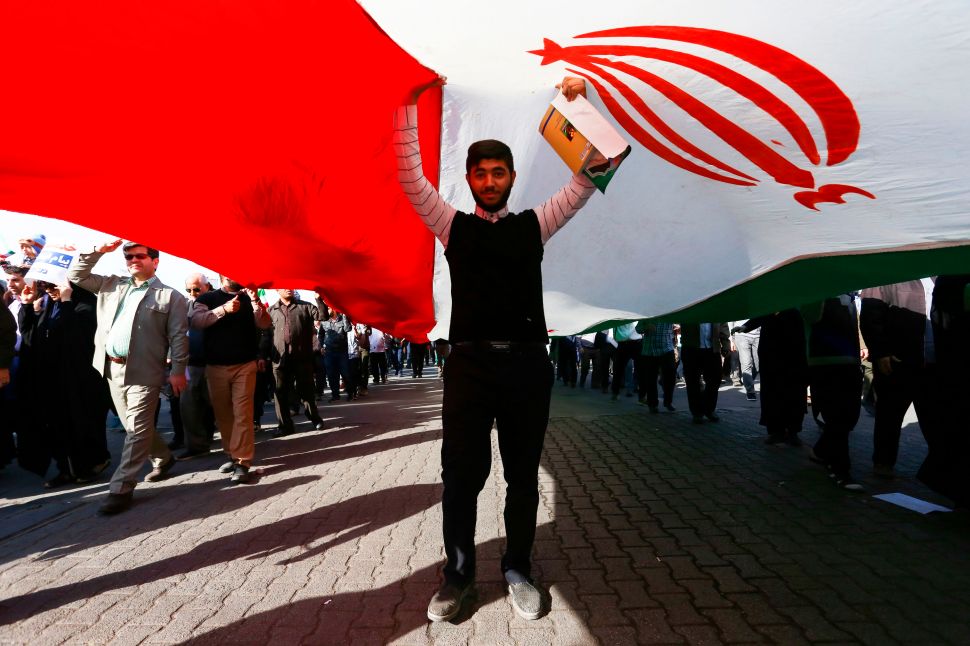