British Prime Minister Theresa May spent most of her speech today at the World Economic Forum in Davos, Switzerland, on the defensive. According to The New York Times, it was mainly focused on rationalizing the Brexit vote. But another, less heralded aspect of her remarks could have a big impact on tech both in Britain and around the world.

The BBC reported that May wants the U.K. to lead the world in safe and ethical uses of artificial intelligence. She also said that Britain would join a Davos council on proper applications of AI.

These aren’t May’s first comments on the subject.

In her Autumn Budget, she established the Center for Data Ethics and Innovation, an advisory body to ensure data-driven technologies like AI are used safely and ethically. Oxford University’s Future of Humanity Institute and the Alan Turing Institute data science think tank also focus on these issues.

“The U.K. is very well positioned to leverage its deep expertise in AI to take leadership in this area,” futurist and AI researcher Martin Ford told Observer in an email. “There will be an important role for independent institutes and think tanks to engage with these issues, and then coordinate with both governments and commercial entities to help solve these challenges.”

May, whose budget also calls for self-driving cars to be a fixture on British roads by 2021, pointed out that a new AI-related company had been created in Britain every week for the last three years.

Both Amazon’s Alexa and Google’s DeepMind AI were also developed in London. She said that makes the country a natural leader in the field.

With this innovation comes risks, however.

Tech titans like Elon Musk, Bill Gates and Stephen Hawking have warned that if AI becomes too smart, it could take away human jobs. And as numerous science fiction films have pointed out, AI can also be used in autonomous weapons and other threatening technology.

May conceded that these fears are justified and that AI poses one of the “greatest tests of leadership for our time.”

“But it is a test that I am confident we can meet,” she said at Davos. “For right across the long sweep of history from the invention of electricity to advent of factory production, time and again initially disquieting innovations have delivered previously unthinkable advances, and we have found the way to make those changes work for all our people.”

Many industry leaders share her feelings—Yann LeCun, head of Facebook’s AI lab, told Axios that society will develop checks and balances on the technology. And former Google CEO Eric Schmidt said in London this week that humanity would find a way to “augment” AI to keep jobs.

“The risks are certainly real,” he said. “But AI will ultimately develop into the ultimate tool—and we will be able to use it to address many of the challenges facing humanity. The initiatives described by the Prime Minister are certainly a step in the right direction.”

May isn’t the only international leader pushing for futuristic research: Google and Facebook both recently opened AI research facilities in France after being wooed by President Emmanuel Macron. Ford thinks America should follow their lead.

“The U.S. and other democratic countries cannot afford to fall behind,” he said. 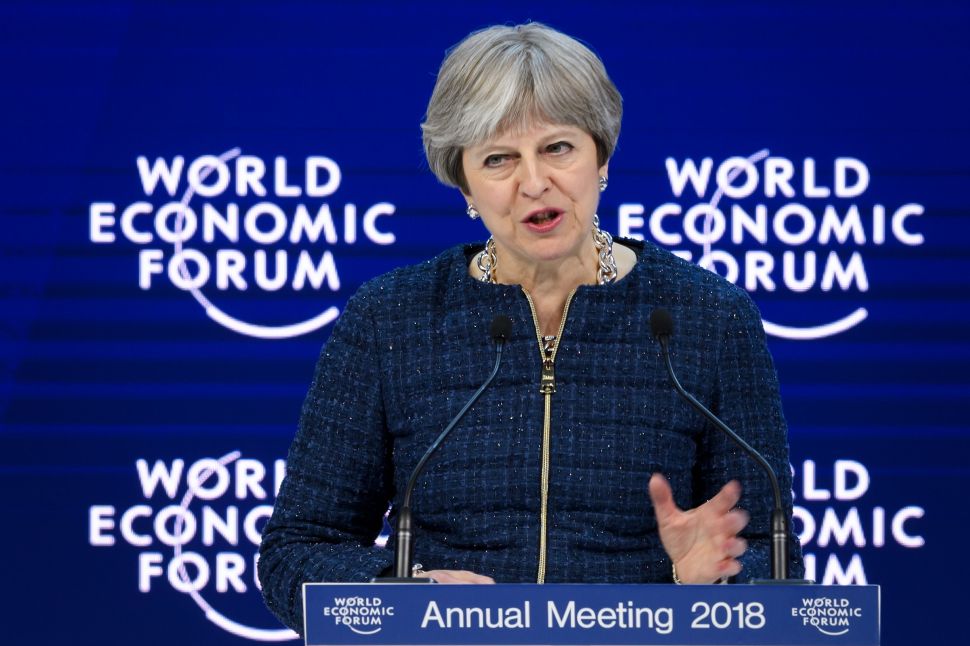