The United States and Israel have both committed to grand strategies regarding Syria—neither of which has a foreseeable end in sight.

The state secretary also condemned Russian influence in the region, claiming the Kremlin “ultimately bears responsibility” for recent chemical attacks made against Syrian rebels by al-Assad.

“Whoever conducted the attacks, Russia ultimately bears responsibility for the victims in East Ghouta and countless other Syrians targeted with chemical weapons since Russia became involved in Syria,” said Tillerson at a Paris conference on Tuesday.

U.S. Ambassador to the United Nations Nikki Haley echoed Tillerson’s sentiments in a statement accusing al-Assad’s government of having “cruel indifference for the lives of its own people.”

“The United States will never stop fighting for the innocent Syrian children, women and men who have become victims of their own government and those who continue to prop it up,” said Haley.

By pushing the boundaries of “safe-zones” meant to deter Syrian, Iranian and Lebanese armies, the Israeli government intends to expand its sphere of influence within the region.

Similar to Tillerson’s grand strategy presented at the Hoover Institute last week alongside former Secretary of State Condoleezza Rice—Israel’s push into Syrian territory will be facilitated through humanitarian aid, investments in infrastructure and by implementing democratic elections.

Coupled with massive U.S. rebuilding efforts and a push to oust al-Assad, the region is posed for a volatile regime change. 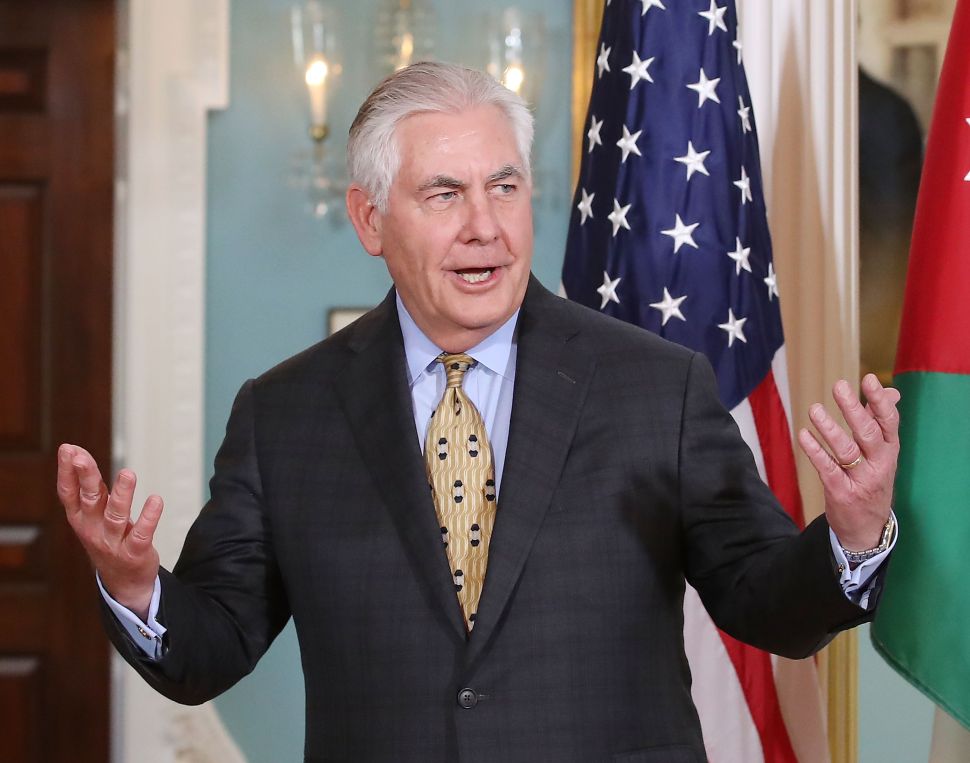