It’s hard enough to stay on Medicaid without the Trump administration’s support for a new hurdle that allows states to require people on Medicaid to work in order to keep their benefits. At best, the administration’s guidance reflects a misunderstanding of the Medicaid population and how the program works; at worst, it suggests intellectual dishonesty and deep hostility toward low-income people.

For nearly a decade, I served as an executive in a Medicaid health plan, leading marketing and membership outreach efforts. Through focus groups and member events, I met many of our members. I encountered harried single moms, people who had been laid off from their jobs, graduate students, small business owners, and people with physical disabilities and complex health care needs. We worked hard to reduce the stigma of being insured in a public program, yet I rarely, if ever, saw anyone who wanted to—or could—stay on Medicaid long-term.

The average membership in our plan lasted less than a year, a figure consistent with national data. The vast majority of people who left our plan lost their eligibility. They may have gotten a job and their higher income disqualified them, or their disability status qualified them for a different public benefit program. But they could also lose coverage if Medicaid sent them a notice that was returned, which could happen if they had moved or simply because their name was not on the mailbox. We estimated that half the people who lost Medicaid eligibility did so for such administrative reasons.

Medicaid is a lifeline for many. When a close family friend’s husband was abruptly dropped from his employer’s health benefits in the midst of a lengthy battle with cancer, she called me in a panic. Her husband was in the hospital when the letter arrived informing them that they would no longer be covered by the employer’s plan, effective immediately. Though the employer had generously kept them on the corporate health plan for many months into his medical leave, they were now on their own. How would she pay her husband’s current hospital bill without insurance? The family applied for Medicaid, thus avoiding financial ruin and undue emotional strain during a difficult time.

The broader question here is, what problem is the administration trying to solve?

CMS Administrator Seema Verma wants to “build on the human dignity that comes with training, employment and independence.” But the guidance clearly prohibits states from using Medicaid funds on the job training, placement, or support services many Medicaid members need in order to secure employment. We want Medicaid participants to work, but we are unwilling to invest in strategies that will enable them to do so. Unable to comply with new rules, many will lose their benefits and ultimately cost the system more when they bounce back into the program later after interruptions in their health care.

Raising more doubt about the legitimacy of work requirements is the fact that more than three-quarters of adults on Medicaid already live in households with at least one full-time worker or part-time workers. During my time at the Medicaid health plan, in searching for creative ways to attract new members while remaining compliant with Medicaid regulations, we discovered a list of our state’s employers with the largest Medicaid enrollment. We dubbed it the “Bad Employer” list, comprised of companies with a disproportionate number of part-time workers who did not qualify for health benefits, or who offered health benefits so skimpy or expensive that employees were forced onto public benefits for themselves or their families. If the administration’s goal is to move people off of public benefits to cut the Medicaid budget, as Trump intends, a better policy focus might be to encourage employers to provide these 17.5 million Americans with private benefits, reducing the burdens on public programs. Perhaps these employers can allocate some of their substantial tax savings in 2018 in this direction.

Dropping people who fail to comply with new work requirements in states that choose to adopt them may not have the desired impact. Only one-third of Medicaid recipients are non-elderly adults, and they spend just under 20 percent of total Medicaid costs. Targeting a disproportionately lower-cost group is a low-impact effort, surprising for an administration that purports to be led by a business genius. 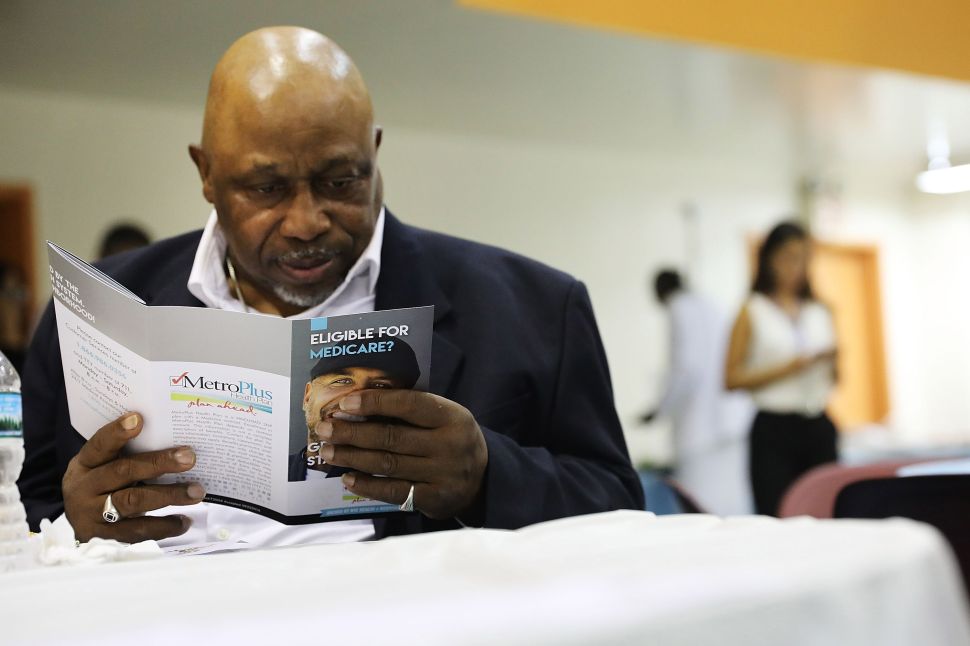