A meeting between President Donald Trump and Special Counsel Robert Mueller may finally arrive. A source familiar with the Russia investigation told NBC News that Trump’s legal team met with representatives from the special counsel’s office in late-December and is preparing for a possible sit down, or written responses to questions, within the next few weeks.

But as Mueller’s office looks toward gaining further insight into Trump’s firing of former FBI Director James Comey, along with the business ties of former national security advisor Mike Flynn, the president’s legal team is navigating a minefield.

“Trump’s lawyers don’t have access to the information that Mueller has,” Kimberly Wehle, a former assistant U.S. Attorney and associate independent counsel in the Whitewater investigation, told Observer. “Trump’s team has to wonder how much their own client has told them. They can’t send their client in there to incriminate himself, but they also don’t know if they have the whole story to be able to protect him.”

Communication with Mueller’s office gives Trump two options: Negotiate a plea deal or provide a grand jury testimony. The former implies an admission of guilt, while the latter opens the president up to commit perjury. If the president does not agree to either of these routes, he can be subpoenaed to testify before a grand jury.

“My sense from his prior deposition testimony is that he’d be very careful [during a grand jury testimony],” explained Wehle. “From my experience in Ken Starr’s investigation, I read every obstruction of justice and perjury case every published… One thing a lot of lawyers will do in prepping a witness for grand jury testimony is, if there’s any question to whether their recollection is clear, they can always say, ‘I don’t recall.'”

Although Trump’s lawyers have welcomed granting the special counsel an interview with the president—claiming it will expedite the Russia investigation— the stakes are high.

During Ken Starr’s investigation into the Monica Lewinsky scandal, then-President Bill Clinton was impeached on a perjury charge over fraudulent statements he provided a grand jury over his relations with a White House intern.

A periodic theme of Mueller’s investigation has involved entrapping former members of the Trump campaign on charges unrelated to collusion with Russia. Both Flynn and former Trump campaign manager Paul Manafort were charged over foreign lobbying efforts.

“The Manafort indictment is a classic case of [Mueller] looking to climb the ladder. In Dershowitz’s words, he’s getting Manafort not only to sing, but to compose,” criminal defense attorney Harvey A. Silverglate told Observer.

Last fall, Silverglate published a piece describing how the special counsel sought to entrap him while serving as the acting U.S. Attorney in Boston.

A special prosecutor “is almost certain to stumble across multiple actions that might be deemed criminal under the sprawling and incredibly vague federal criminal code,” wrote the attorney.

In a meeting with Mueller, Trump will likely be exposed to questions about his entire business enterprise, risking indictment and impeachment on any number of counts. 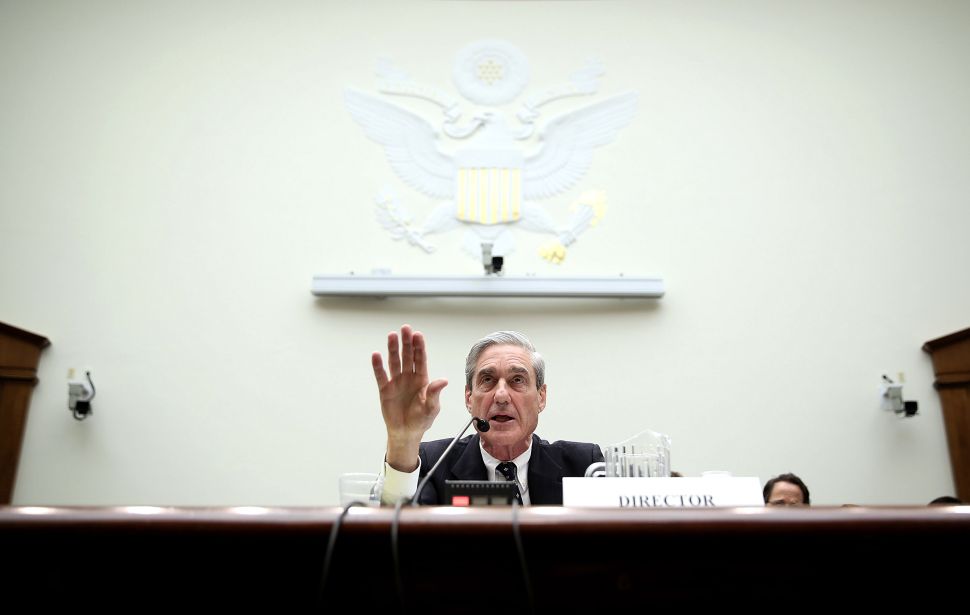