On Tuesday, President Donald Trump met with lawmakers from both parties to achieve a joint resolution to protect the thousands of young undocumented immigrants living in the U.S. from the threat of deportation. In a remarkable deviation from his unyielding anti-immigration campaign messaging, Trump confirmed he would cooperate with whatever solution the bipartisan panel decided upon.

Trump is exhibiting a rare deviation from his staunch position on immigration, if only to achieve progress in commissioning a border wall previously deemed unattainable. “If you don’t have the wall, you don’t have security,” Trump told lawmakers. “You folks are going to have to come up with a solution, and if you do, I‘m going to sign that solution,” he continued.

Tuesday’s meeting captivated party members from both sides due to its overtly public nature, a rarity in the Trump White house so far; White House officials allowed media cameras to role throughout the entire discussion of a bipartisan approach to immigration reform, a surprise to viewers and lawmakers alike.

Most fascinating meeting I’ve been involved with in twenty plus years in politics.

I very much appreciate @POTUS @realDonaldTrump attitude, demeanor, and desire to get something done that will make our nation more secure – while being fair to the #Dreamers.

“Having the Democrats in with us is absolutely vital. It should be a bipartisan bill. A bill of love. Truly it should be a bill of love,” Trump said, proceeding to list his stipulations for cooperation, including enhanced border security, outlawing chain migration, and ending the visa lottery system, a program that grants roughly 50,000 individuals permanent residency in the U.S. per year.

Around 3 PM, Press Secretary Sarah Sanders made the official statement, “During the closed-door portion of the meeting, they reached an agreement to negotiate legislation that accomplishes critically needed reforms in four high-priority areas: border security, chain migration, the visa lottery, and the Deferred Action for Childhood Arrivals policy.” 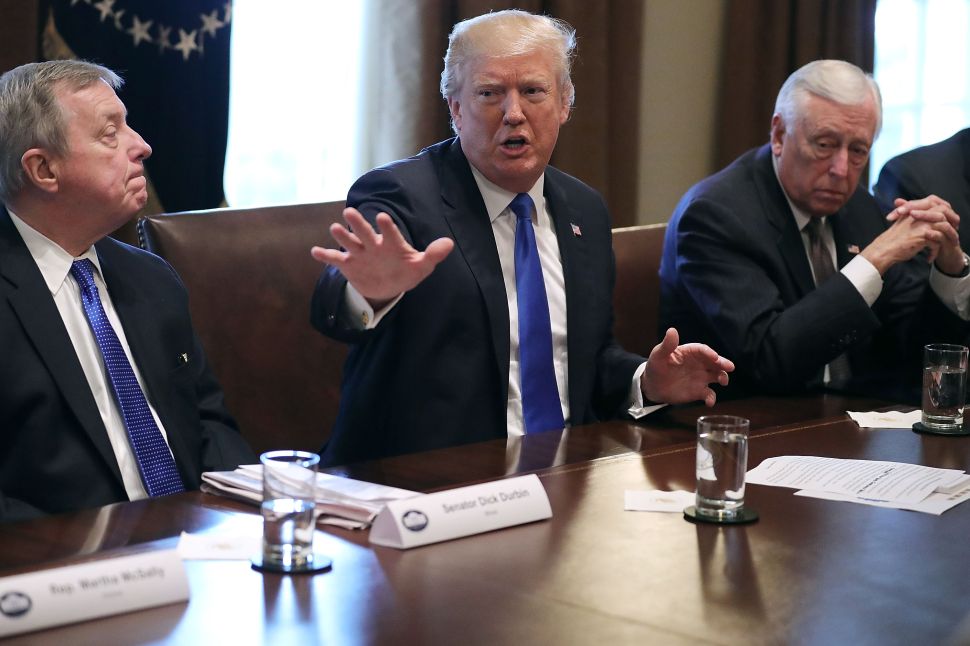