President Donald Trump told an audience of world leaders, billionaires and CEOs that “America is open for business” in Davos, Switzerland, on Friday.

During his keynote address at the World Economic Forum, the president touted job creation, tax reform and a robust economy as “the most extensive regulatory reduction ever seen.”

“America is open for business, and we are competing once again,” Trump told a packed hall. “Now is the perfect time to bring your business, your jobs and your investments to the United States.”

Whereas previous leaders in Davos—such as Indian Prime Minister Narendra Modi and German Chancellor Angela Merkel—warned against the “poison” of conservative populism, Trump sold an inclusive vision for nationalism that benefited the entire world.

“When the United States grows, so does the world,” he said. “American prosperity has created countless jobs around the globe, and the drive for excellence, creativity and innovation in the United States has led to important discoveries that help people everywhere live more prosperous and healthier lives.”

Sharper rhetoric was abandoned to make a case for nationalism, though the president reserved a few quips for an American immigration system “stuck in the past” and unfavorable trade deals.

“We cannot have free and open trade if some countries exploit the system at the expense of others,” said Trump. “We support free trade, but it needs to be fair and it needs to be reciprocal, because in the end, unfair trade undermines us all. The United States will no longer turn a blind eye to unfair economic practices.”

Trump’s speech comes following meetings with world leader over issues of trade, denuclearization and conflict in the Middle East.

On Thursday, the president met with British Prime Minister Theresa May, Israeli Prime Minister Benjamin Netanyahu, and the CEOs of European companies to encourage investment in the United States.

“Come to America, where you can create, innovate and build,” said Trump. 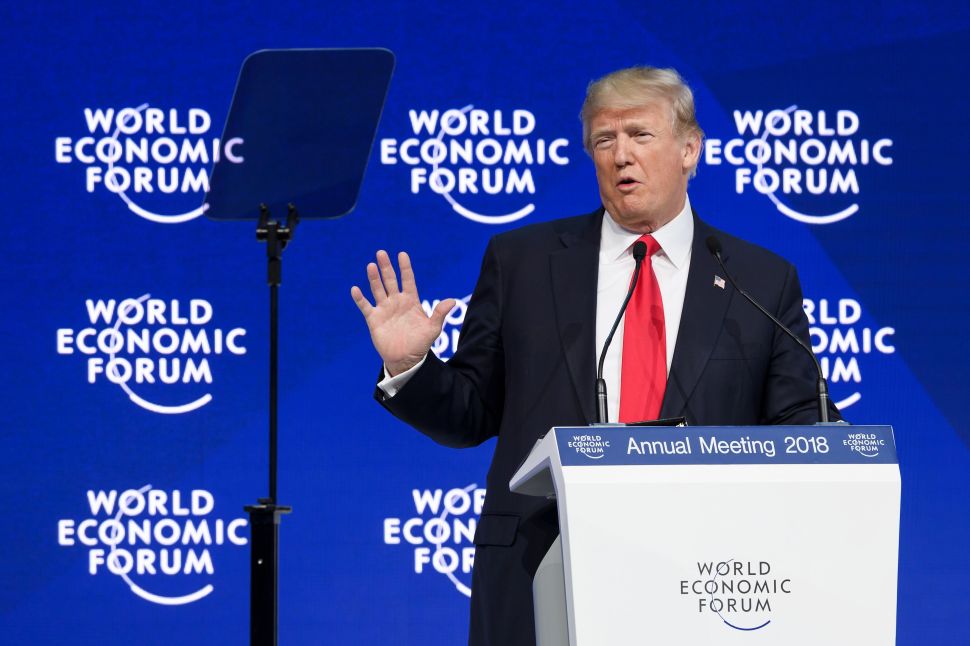