On Wednesday, political news site McClatchy reported that the Department of Homeland Security (DHS) is considering changing a provision of the H-1B visa program that would shorten the stay for many foreign nationals working in the United States.

The current H1-B program allows H1-B visa holders to extend their stays beyond the allowed six-year period if they have green card applications pending at the U.S. Citizenship and Immigration Services (USCIS), a branch of the DHS. Two DHS sources told McClartchy that the agency is looking to reinterpret the “may grant” language in the law to stop indefinite H1-B extensions for green card applicants.

If the proposal goes through legislative stages, it could force more than 1 million foreign workers, predominantly Indian and Chinese nationals who have worked in the U.S. for six years or more, to leave the country.

But that’s a big if—and would take years to accomplish.

“I find it surprising, because it’s not a subject that can be accomplished through a regulatory plan or an executive order,” Michael Nowlan, a lawyer representing H1-B workers and a co-leader of Immigration Practice Group at Clark Hill PLC, told Observer.

“The president has no power to violate the law,” he continued.

The current extension of H1-B visa is allowed under the American Competitiveness in the 21st Century Act (AC21), which was passed in 2000 to supplement the American Competitiveness and Workforce Improvement Act of 1998. AC21 was created to make it easier for work visa holders transition between legal statuses (such as H1-B and green card) in the U.S.

If there is a serious consideration to change the H1-B program, the DHS will have to publish a proposed rule in the Federal Register, enter a notice-and-comment period, and eventually present the proposal to Congress. The process can take years.

“Congress is in a regulatory jam right now. It is not likely to act on immigration in 2018,” Nowlan added.

A USCIS spokesperson told McClatchy the proposal is part of President Donald Trump’s “Buy American, Hire American” executive order, which he signed in April. The executive order called for a thorough investigation into possible H1-B abuses. A direct result was a significant increase in on-site investigations by the USCIS at third-party employers, such as staffing agencies. Regular applicants in 2017 were affected, too. Most faced longer pending time due to the tightened review process.

Proponents of H1-B reform argue that the program is increasingly abused by unqualified applicants. John Miano, a lawyer who represents American workers, told McClatchy that they had lost jobs unfairly to low-skilled H-1B visa holders.

But canceling extensions seems a long shot. It will only affect those expecting green cards, not new H1-B applicants. In fact, the need for extension is not related to visa abuse, either, but caused by a bottleneck in the green card policy.

Each year, the USCIS issues 140,000 employment-based green cards. One country can only receive up to 7 percent of the annual quota. This results in a snowballing waiting period for large applicant pools like India and China. Nowlan said the current average waiting time for green cards is seven years for Indian nationals and three years for the Chinese.

Discussions around the H1-B program has largely focused on the tech community, which takes up a significant chunk of petitions. But the program covers workers in many other professions, too. The H-1B visa applies to workers with specialized skills (proven by a bachelor’s or higher degree), foreign participants in the Department of Defense projects and fashion models.

Melania Trump, for example, was under this program when she performed modeling jobs in the 1990s. Shortly after entering the U.S. in 1996 on a travel visa, she obtained a H1-B visa, Los Angeles Times reported during the 2016 presidential election. She was issued a green card in 2001 as a model of “extraordinary ability.” 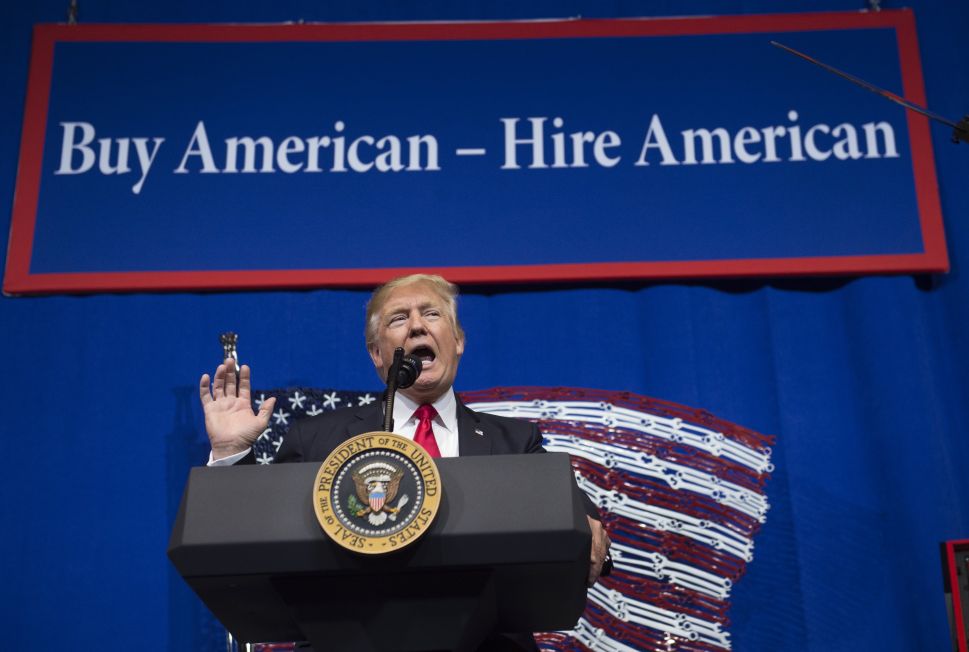