Is the Trump Effect beginning to dwindle?

On Tuesday night, the president climbed the steps in the House chamber to address our governing body and the country at large in his first State of the Union Address. However, his second formal nationwide address since his election tumbled a bit in the ratings compared to his first inaugural address in 2017.

Unsurprisingly, the State of the Union still boasts the best early numbers of its timeslot, though it does mark a small decline from last year.

According to Nielsen’s 56 metered markets (per THR), the speech earned a 14.8 overnight rating among households on the broadcast networks. That number was taken from the 9 to 10:30 p.m. timeslot and from four of the seven major networks broadcasting the address.

In 2017, Trump’s inauguration speech earned a combined 16 overnight rating in the metered market metric for a total of 48 million viewers among all networks.

Based on the early numbers, Trump’s one-hour, 20-minute speech is expected to tally fewer viewers than his address last year and Barack Obama’s first State of the Union in 2010.

Nielsen’s numbers for the broadcast on NBC, CBS and ABC closely resembled Obama’s from eight years ago. However, Fox’s broadcast saw a sharp decline in viewers with no strong lead-in from American Idol, which now belongs to ABC. This brought down the overall numbers, per TheWrap.

Typically, presidential addresses begin with massive viewership that gradually dissipates over the length of the term. Obama’s first formal address in the House chamber drew 52.4 million viewers in 2009. In 2016, his last speech of this nature drew “only” 31.3 million viewers.

A staggering 62 million viewers tuned in to George W. Bush’s speech regarding the country’s involvement in the Mid-East conflict. However, war time has generally attracted greater ratings than other circumstances.

We’ll update this post when the final numbers come in. 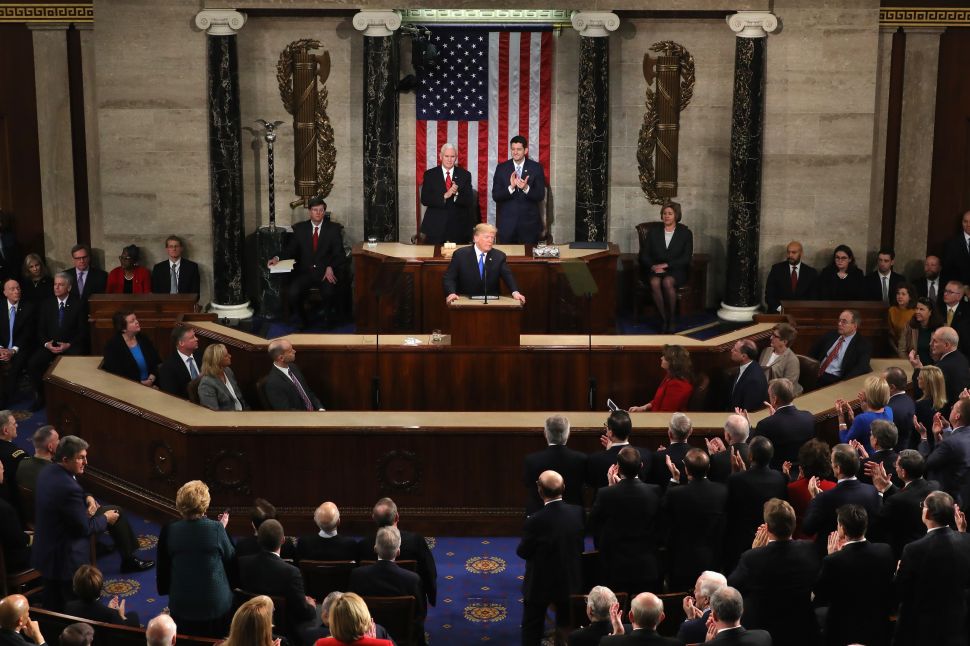