From the time he founded Uber in 2009, Travis Kalanick boasted that he had never sold any shares in the ride-sharing startup—and furthermore, he never would.

Well, times change. And now that Kalanick has been kicked out of his own company, he’s more willing to negotiate.

According to Bloomberg, Kalanick plans to sell 29 percent of his Uber shares to Japanese communications giant SoftBank, which recently closed a deal for an 18 percent stake in Uber. Kalanick owns 10 percent of the company, which means his sale will unload 2.9 percent of Uber’s overall shares.

That was actually lower than Kalanick’s initial offer—he was prepared to sell as much as half of his stake to SoftBank.

But even though he unloaded a smaller amount of shares, Kalanick still stands to benefit big time: Because of Uber’s innumerable scandals, he never achieved billionaire status while leading the company. The SoftBank deal ironically changes that—Kalanick stands to make about $1.4 billion.

That huge payday could bring Kalanick’s association with Uber to an end. SoftBank has already implemented several governance reforms meant to reduce the founder’s influence and prepare the company to go public in 2019. These changes include adding new directors to Uber’s board and stripping “supervoting” rights that gave Kalanick outsize control over key decisions.

Kalanick still controls three Uber board seats, one he occupies and two he appoints others to fill. The seats are currently held by ex-Xerox CEO Ursula Burns and ex-CIT CEO John Thain. It’s unclear how long this arrangement will continue.

But even if his time at Uber comes to a close, Kalanick likely won’t ride off into the sunset. Bradley Tusk, a venture capitalist who’s worked with Uber on several lobbying efforts, told Observer Kalanick’s newfound capital will help him explore other areas of tech.

“He’s already created one of the most successful and transformational startups in history,” Tusk said in an email. “Maybe he’ll want to start investing in and guiding startups. Maybe he’ll pursue goals around certain causes and issues. Whatever he chooses, having over a billion dollars readily accessible can only help.” 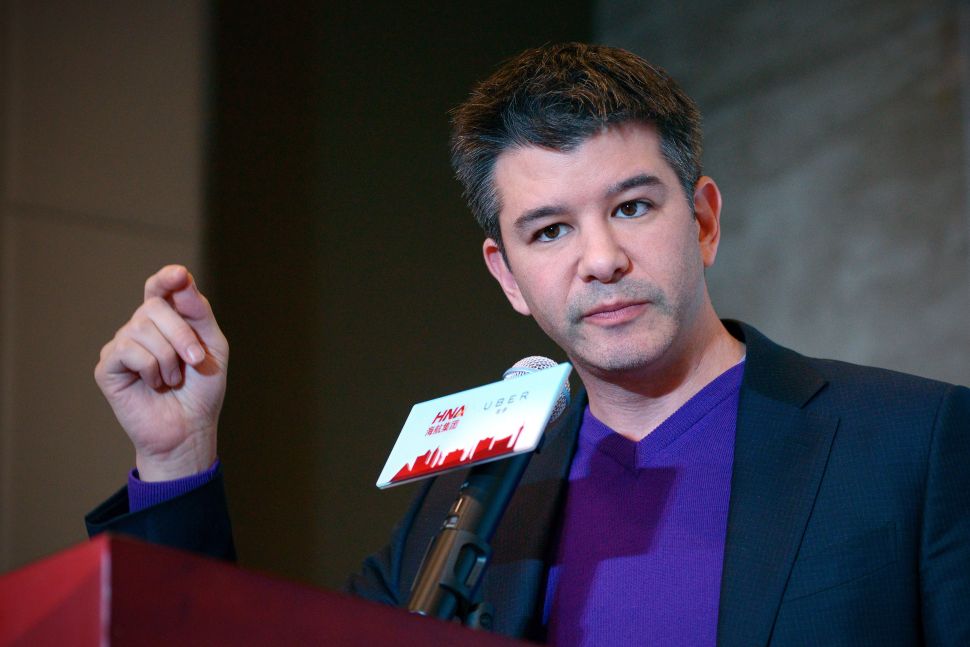