In true Versace fashion, the Italian brand is delivering some drama, just in time for the release of The Assassination of Gianni Versace: American Crime Story. The FX show details the designer’s murder, with Penelope Cruz as Donatella Versace, Édgar Ramírez as Gianni Versace and Darren Criss as serial killer Andrew Cunanan. But according to the Versace family, this version of the story, based on a book by Maureen Orth and directed by Ryan Murphy, isn’t an accurate depiction of what actually happened.

On January 8, the fashion house released the following statement, just hours before the red carpet premiere of The Assassination of Gianni Versace in Los Angeles. “The Versace family has neither authorized nor had any involvement whatsoever in the forthcoming TV series about the death of Mr. Gianni Versace. Since Versace did not authorize the book on which it is partly based nor has it taken part in the writing of the screenplay, this TV series should only be considered as a work of fiction.”

Today, the brand delved deeper into what that first statement meant, by releasing a catty follow-up statement that just might be the written equivalent to Mariah Carey’s “I don’t know her” comment.

“As we have said, the Versace family has neither authorized nor had any involvement whatsoever in the forthcoming TV series about the death of Mr. Gianni Versace, which should only be considered as a work of fiction. The company producing the series claims it is relying on a book by Maureen Orth, but the Orth book itself is full of gossip and speculation,” Versace explained in the email proclamation.

Orth, a celebrated journalist was working on an exposé for Vanity Fair on Cunanan and his previous murders just two days before Gianni became the serial killer’s next victim. Naturally, she turned her research into a book, which is also titled The Assassination of Gianni Versace and was based on “400 interviews and thousands of pages of police reports,” according to the Amazon page for the tome.

However, it seems none of those interviews were with anyone who was actually related to the slain designer. “Orth never received any information from the Versace family and she has no basis to make claims about the intimate personal life of Gianni Versace or other family members. Instead, in her effort to create a sensational story, she presents second-hand hearsay that is full of contradictions,” the family claims.

They went on to provide an example, just to prove their point. In the book, Orth claims to have information on a medical condition that Gianni was afflicted with, which she found out about from a person who allegedly reviewed his post-mortem test results. But, as Versace points out, it’s illegal for a non-authorized person to obtain such a report, “if it existed at all.”

“Of all the possible portrayals of his life and legacy, it is sad and reprehensible that the producers have chosen to present the distorted and bogus version created by Maureen Orth,” the Versace family said.

The show’s executive producer Brad Simpson shed some light on the situation at last night’s premiere, explaining to Variety: “This isn’t authorized, and we don’t make any pretense at it being authorized. This is based on Maureen Orth’s book. She’s an incredibly respected journalist. It’s a non-fiction bestseller.”

Murphy seems to have reason to believe that at least one person at Versace can’t be that mad about the show. “Donatella Versace sent Penelope Cruz a very large arrangement of flowers yesterday when she was representing the show at the Golden Globes,” the director said, also at the premiere. “I don’t know if she is going to watch the show, but if she did I think that she would see that we treat her and her family with respect and kindness… I think that she really loved Penelope and knows that Penelope would never do anything to represent her in a negative light.” Keep in mind, Donatella told WWD in November 2017 that she would not be tuning in.

Even though the 10 episode series won’t hit TV screens until January 17, it’s possible that the drama could end here. At the end of their second statement, the brand firmly explained: “The Versace family will issue no further comment on the matter.” 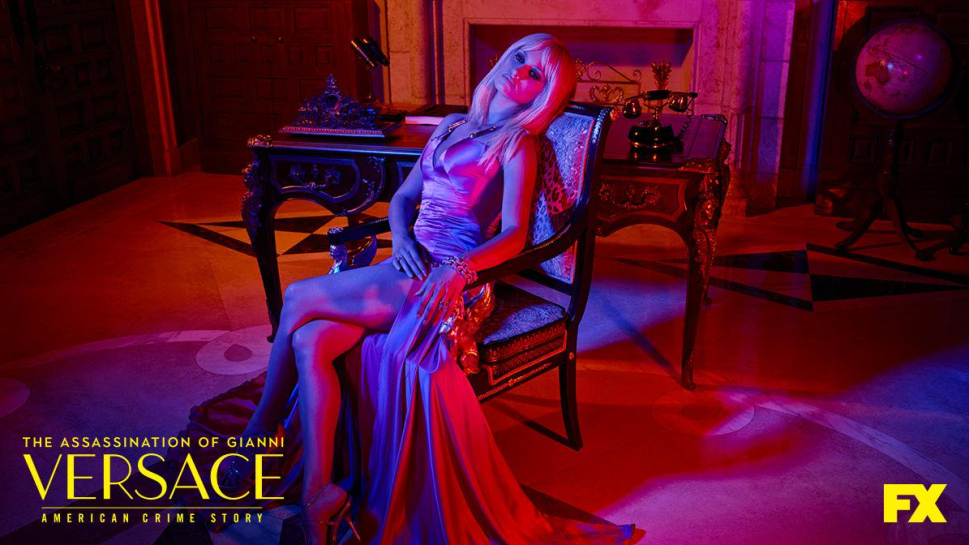