Be warned, this post contains spoilers for season eight of AMC’s The Walking Dead.

When we last saw our merry band of zombie killers, Chandler Riggs’ Carl had been bitten at the conclusion of the midseason finale. While that didn’t sit well with Riggs’ father, it didn’t matter because everyone else hates Carl. Good riddance.

However, the character is one of the few remaining that has been around since the show’s very first episode, so his looming demise does affect the show moving forward. It’s a point that isn’t lost on star Norman Reedus, who plays fan-favorite Daryl Dixon.

“The people that started this show, to me, are the heart of the show,” Reedus told Entertainment Weekly. “When you lose those key members, it’s such a big blow to the show, and to the fans, and to us that are there. Who’s left? There’s only a few of us left out of all those people. If you wanted to turn it into a totally different show, you get rid of those people. But if you want to hold on to what made the show special, you’ve got to be very careful what you do with those people.”

“He’s definitely leaving behind a really long-lasting legacy,” Riggs said, “which was the coolest part about playing those final moments—knowing that Carl was going to have such a lasting impact on the story.”

But despite the loss of an original character, executive producer Greg Nicotero isn’t worried about how the show will carry on. Surprisingly, showrunner Scott Gimple has plans to extend the series until at least season 13, but for now, Nicotero is focused on closing out this Carl chapter.

“I really do believe that a lot of people will put those feelings aside when they watch this episode, because they’re really going to get an opportunity to make some peace with it,” Nicotero said of the midseason premiere.

A greater concern than the loss of the static Carl character is The Walking Dead‘s static ratings.

“I think overall we’re seeing increased competition, not just from television and not just from streaming services, but you get content everywhere,” he said last month. “The idea that people watch things super live, that need to view on the same night and we’re measuring ratings like a live rating, I feel like it’s a little be anachronistic to be like, ‘Oh, you’re not holding the same ratings that you were.’”

The Walking Dead will return to AMC on February 25. 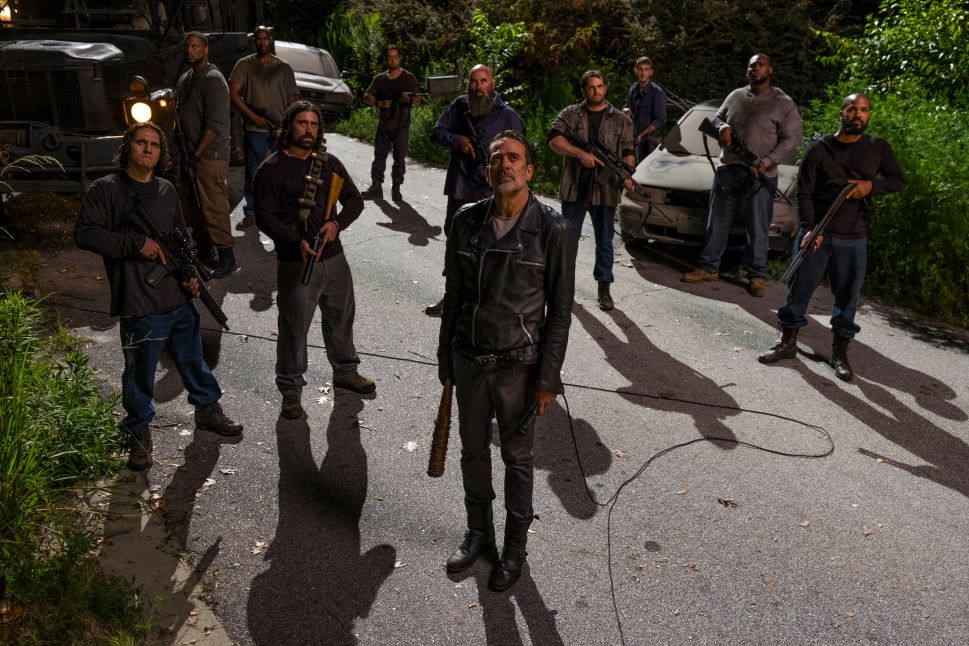