Silicon Valley-based DNA testing company 23andMe released a new TV commercial this month that didn’t seem to be anything out of the ordinary.

The 60-second video tells the story of a small-town boy growing up, and, in one scene, the boy mails out a gene-testing kit produced by 23andMe. The commercial doesn’t feature any famous faces, nor does it have any film credits at the end.

But a Nebraska newspaper quickly noticed something unusual—the narrator’s voice behind the scenes is Warren Buffett.

“There’s no name shown, but the voice is unmistakable,” read a recent article in the Omaha World-Herald.

The commercial is the first video of 23andMe’s “Wisdom” ad series debuting this year. The company told Observer that the collaboration with Buffett was inspired by a speech he gave last year to students at Omaha Central High School, in which he likened health to owning a car that a person has to drive for a lifetime.

“DNA testing has become so mainstream, but it’s still a very complex topic to explain to the public. When we heard Warren Buffett’s speech, we felt that his analogy really resonated with our value to promote health and knowledge.” said Tracy Keim, vice president of marketing at 23andMe. “The mission of 23andMe is to encourage people to use genetic testing as a way to take care of themselves—it could either be now or some point in the future.”

There was very little marketing of Buffett’s narration for the ad.

“We feel strongly that the message is more important than Warren Buffett as a spokesperson for us. We don’t want people to buy 23andMe because of Warren Buffett, but because of our product,” Keim said.

Buffett’s office told the Omaha World-Herald that he agreed to record the commercial, because he would like to get the message across to as many young people as possible.

The narration script was a slightly edited version of Buffett’s original speech. Keim said Buffett did review and approve the final version used in the video.

23andMe declined to comment on the financial terms of the project, but said that they are in discussion with a few other celebrities to produce future episodes of the series. 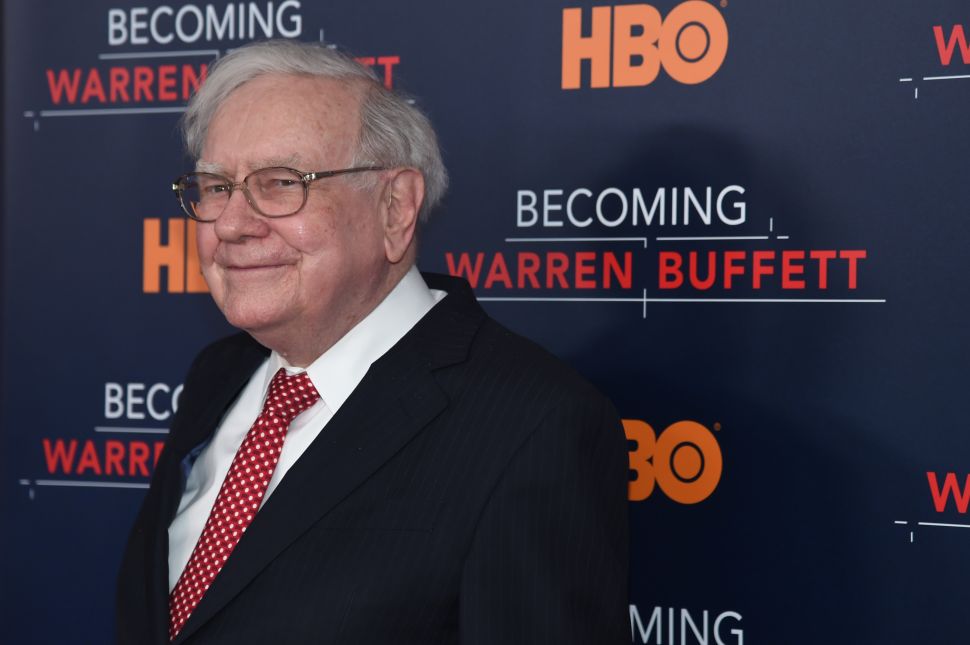