After the government shutdown, which revolved around immigration, was resolved, supporters and opponents of the deal from the Left and Right rushed to Twitter to stake out their positions. But here’s what the people really want in an immigration deal.

1) Do Voters Want Dreamers and DACA Recipients to Stay?

Poll after poll shows public support for the Dreamers and the DACA program. Quinnipiac University’s poll shows 75 percent of voters support a bill that allows undocumented immigrants who were brought to the United States as kids to stay.

That echoes an ABC News/Washington Post poll, which discovered that 87 percent of respondents support allowing undocumented immigrants to remain in the U.S. if they arrived as kids, completed high school or joined the military, and have a clean criminal record. In addition, CNN’s poll shows 84 percent want to keep DACA intact. In a Pew Research Center poll, 74 percent of voters agree with keeping DACA.

The support is bipartisan, as CBS News revealed than 79 percent of Republicans, along with 87 percent of Independents and 92 percent of Democrats, favor keeping the program as long as those aforementioned conditions remain.

Clearly, Trump needs to ignore those who claim anything other than strong GOP support for keeping kids of immigrants here, even if their parents brought them here illegally. Shutting it down will cost Trump more than the handful of voters who burn some “MAGA” hats.

2) What Do Voters Think of Immigration Crackdowns?

The federal crackdown on immigrants has received a lot of publicity, but most of it is unfavorable. There are stories of husbands separated from wives, fathers sent away to foreign countries, and some being deported after living here for decades.

Surveys show how people feel about those stories. In that ABC News/Washington Post poll this month, voters were split on whether the strong immigration crackdowns were beneficial or not. In the CNN poll, only 14 percent agreed with “deporting all people in the U.S. illegally.” The other 82 percent of folks wanted a plan for permanent, legal residency.

3) How Do Voters Feel About the Border Wall?

CBS pollsters broke down the results by partisan affiliation. They found that while 68 percent of Republicans want it, the same is only true for 35 percent of independents, and a mere 11 percent of Democrats.

Despite statements from those on the alt-right that diversity is bad for America, a strong majority of our country’s citizens disagree. Nearly 90 percent told Quinnipiac survey administrators that they thought legal immigration was a good thing. More than three-quarters of those surveyed think that immigration from diverse countries makes the country better. And 76 percent believe that where the immigrant is from shouldn’t matter.

The ABC News/Washington Post poll shows that two-thirds of Americans think immigration strengthens the country, up eight percentage points from three years ago.

What’s Next for the White House and Congress?

Polls show that voters want Dreamers protected and DACA continued. They’re split on immigration raids and government crackdowns. As for the border wall, weak support for the plan could explain President Trump’s low approval rating among voters for his immigration ideas.

Keeping DACA will make voters happy. As for the mixed record on government crackdowns, a priority list needs to be drawn up. People like DACA because it encourages military service, getting an education, and having a crime-free record. The priority for ICE should be to pursue dangerous people in this country illegally, rather than going after those living in plain sight in the community, paying taxes and earning a living. These law-abiding individuals may be easy to catch but are only driving down support for the harsh crackdowns. Their arrests seem more designed for show, to make it seem like the raids are more effective than they really are. They don’t stop crimes against citizens.

The border wall is the trickiest part. While a majority of Americans don’t want one, a majority of Republicans do. The best solution is the same one for ICE raids. If the focus is on law enforcement and protecting the border from criminals and terrorists, both parties would likely be amenable. Rather than constructing giant walls in the middle of nowhere that neither catch nor deter hardened criminals and terrorists, any compromise bill should prioritize safety over what the structure looks like, ensuring that such dangerous individuals cannot get through.

Republicans and Democrats aren’t completely sold on the compromise bill. That’s why the White House needs to move it closer to where more Americans stand on immigration. 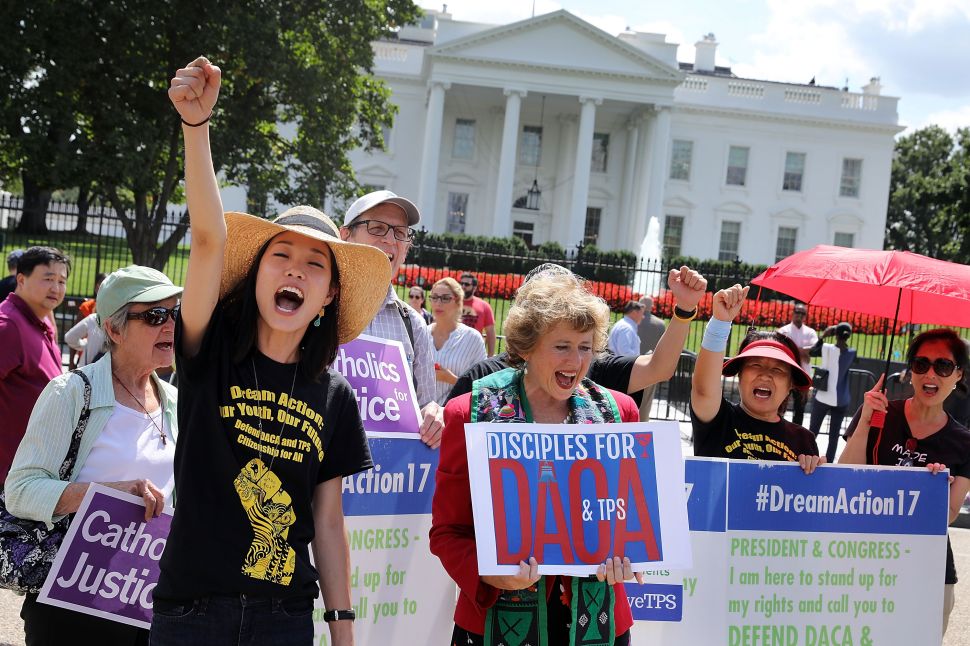