Disturbing reports have surfaced indicating that Iranian-backed fighters are now in control of the Syria-Iraq border, having captured Abu Kamal in eastern Syria. This advance allows Tehran to link up its fighters in Iraq and Syria with Hezbollah, its terror surrogate, in Lebanon. Iran’s goal of creating a land bridge from its homeland through Iraq and Syria to the Mediterranean seems to be taking shape and with it, enhanced ability to threaten Israel with a two-front war waged from Syria and Lebanon.

Until recently, Donald Trump’s administration was singularly focused on defeating ISIS in Syria and Iraq. Unfortunately, the successful destruction of the ISIS “caliphate” benefited Iran by eliminating a threat to both Assad and Iran. Former Israeli Ambassador Michael Oren said, “We have to grapple with the consequences of this, unintentional or not…. Hezbollah has at least 130,000 rockets and is capable of hitting every city in Israel, including Eilat…. They are saving them all for us.”

In October, President Trump addressed the necessity to deter Iran’s destabilizing actions and its support for terrorist groups in the wider Middle East, but offered no specific strategies.

In an effort to de-escalate the Syrian civil war, the administration has orchestrated two ceasefire agreements with Russia, one in July and another last month. Neither deal won Israel’s support, because they both failed to directly address Iran’s plans to cement its presence in Syria.

Syria is much more than Iran’s principal conduit for logistical support to Hezbollah. The Islamic Revolutionary Guard Corps and Hezbollah now directly control territory, including the Syrian border area with Lebanon and, as of November, the Syrian-Iraqi border area. Iran commands local Shiite fighters and is constructing infrastructure within Syria, including both long-range missile manufacturing facilities and military, air and naval bases. And Iran controls territory near the Israeli border.

In November, Israel reportedly attacked an Iranian military base 30 miles from its border as well as another facility near Damascus which was suspected of engaging in missile development. Israeli Prime Minister Benjamin Netanyahu warned his country would “not allow a regime hell-bent on the annihilation of the Jewish state…to entrench itself militarily in Syria.”

Israel doesn’t publicly acknowledge these and dozens of other airstrikes and operations in Syria, but it is messaging its “red lines” to all actors in the region. It will not permit Iran to create permanent military bases in Syria and arm its proxies like Hezbollah with potentially game-changing long-range precision missiles, anti-aircraft and anti-ship weaponry to attack the Jewish State.

Although Russian President Vladimir Putin hasn’t interfered with Israeli airstrikes thus far, his foreign minister Sergei Lavrov recently stated that Iran’s presence in Syria is legitimate and Russia will not force Iranian militias to withdraw from positions close to Syria’s border with Israel.

Russia has established strong military positions in Syria—an airbase near Latakia and a naval port at Tartus—with 49-year leases. Putin intends to protect his permanent air and naval presence in the country and, despite an announced troop withdrawal, has no real intention of going anywhere.

At a public forum earlier this month, National Security Adviser H.R. McMaster insisted that the U.S. is crafting ways to contain the threat in Syria. “What we face is the prospect of Iran having a proxy army on the borders of Israel,” he said. But again, the Trump administration offered no specifics.

Given Barack Obama’s failure to support Syrian anti-Iranian forces early in the Syrian civil war, the Trump administration was handed a very challenging situation. It needs to move expeditiously to recover the strategic high ground.

We need a robust plan to help the Israelis deal with this fast-moving situation and to reduce the chance of a regional war in the Middle East. The United States should adopt Israeli red lines as its own. In his speech introducing his administration’s National Security Strategy of “principled realism,” Trump proclaimed, “America is in the game.”  If he wants that to be true in Syria, he needs to replace rhetoric with a strategy.

Ziva Dahl is a senior fellow with the Haym Salomon Center. She has a Master of Arts degree in public law and government from Columbia University and an A.B. in political science from Vassar College. 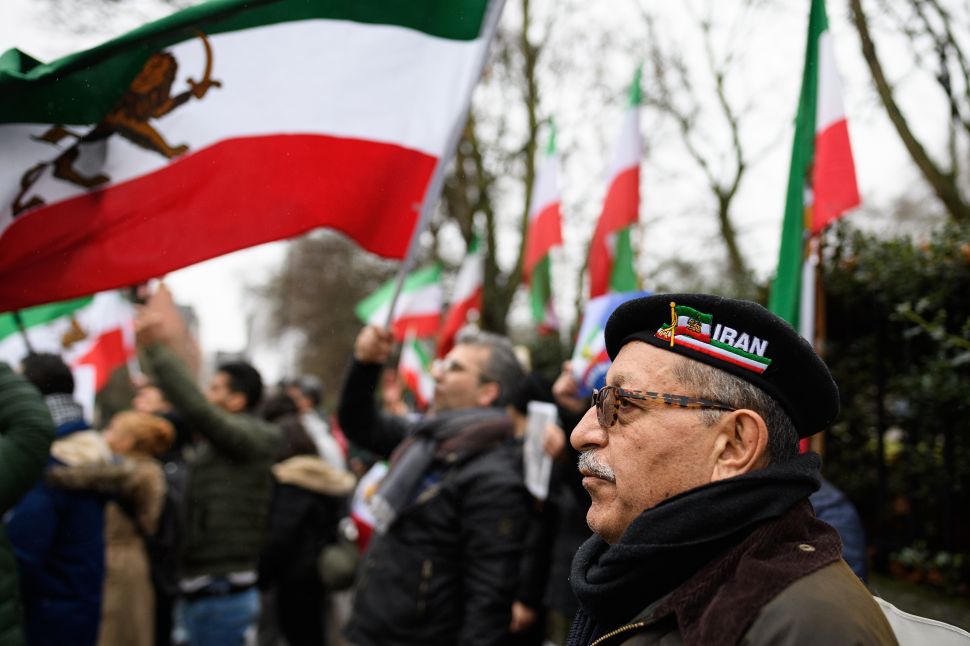