The ever-shifting fashion sphere has its fair share of fixtures. They’re the ones who define a global brand like J.Crew or cornerstone publication like Vogue—and we all assume that they’ll hold the same job forever. Yet, for better or worse, those bold names and famous faces move on. So we’re here to answer the burning question: Where are they now?

The long-standing Creative Director of J.Crew spent a whopping 26 years turning a stale mall brand into a womenswear staple that challenged the norm—messy updos, bright lipstick and all. Jenna Lyons transcended her designer role by becoming a style icon in her own right, thanks to her signature frames and sequins. She further challenged the status quo when she announced her relationship with jewelry designer extraordinaire Courtney Crangi, which ultimately ended this past December. Since Lyons shockingly departed J.Crew in April 2017, the rumor mill is on full-blast, as some speculate she may be taking a leadership role at a major European label.

The darling of American menswear, known for using luxurious materials in everyday silhouettes, Michael Bastian took a turn toward pragmatism in February 2017 when he opted to scale back his eponymous label in favor of focusing his efforts on the attainable. Enter Michael Bastian Gray Label, a suite of affordable and essential menswear items sold at Saks Fifth Avenue, Bloomingdales and Nordstrom; the range tops out at just $895 for a full suit.

For 14 years, Marigay McKee was the unmistakably vibrant chief merchant of Harrod’s before crossing the pond to lead Saks Fifth Avenue in 2013. However, after just 15 months, McKee reached a mutual agreement to part ways with the iconic New York City department store and shortly thereafter opened the doors of MM Luxe Consulting. While she may not have clicked with the folks installed on Fifth Avenue, McKee appears to be the key to launching start-ups into the stratosphere of full-fledged brands, especially given her Rolodex is chock full of high-powered investors and creative minds, from Tommy Hilfiger to Silas Chou.

This former assistant to Anna Wintour has always been ahead of the curve. Indre Rockefeller was among some of the first bold names to join the now-flourishing trunk show site Moda Operandi, which recently received $165 million in funding. In 2014, she became President at Spanish “pret-à-couture“ label, Delpozo, and was tasked with overseeing its successful transition from private ownership to becoming a part of Grupo Perfumes y Diseño’s portfolio. Now, Rockefeller has struck out on her own as the co-founder and CEO of Paravel, a “perfect travel system designed for real life.” The company’s canvas bags blend style with efficiency, offering a full selection of on-the-go storage solutions for under $400.

Long before abandoning your desk job to live remotely became en vogue, Amanda Cutter Brooks was busy making plans of her own. In 2012, she gave up her role as the Fashion Director of Barneys New York to live in the English countryside—specifically The Cotswolds. Since then, she’s remained dedicated to a rustic new lifestyle that includes horses, sheep, and chicken, while also juggling contributor roles at Condé Nast Traveler and Architectural Digest.

From fashion to flowers and back again: Taylor Tomasi Hill up and left her post at Marie Claire in 2011—where she served as Style & Accessories Director and became a street style star in her own right—to join Moda Operandi. Not long after, she left the luxury site in favor of starting TTH Blooms. The short-lived flower arrangement company, which kicked off on Instagram and was adored by fashion’s biggest brands, but was shuttered in 2015 when Tomasi Hill forged her own awesomely unexpected path as the Vice President, Creative and Fashion Director of the Dallas-based retailer, Forty Five Ten.

Considered to be a leading menswear style icon around the world, Nick Wooster got his start in the late ’80s as a buyer for Barneys New York, and since then his resume has filled with mega brands like Polo Ralph Lauren, Calvin Klein, and even J.C. Penney. Now, the self-proclaimed “free agent” is tied down again, as Forty Five Ten’s Men’s Fashion Director in May 2016, where he works alongside Tomasi Hill.

Perhaps the most well-known shake-up of 2017 was the departure of J.Crew’s Mickey Drexler. The retail king was ousted from his top role at the retail giant due to several years of declining sales, but he recovered quickly with a new role as the Chairman of cool girl fitness label Outdoor Voices, in addition to serving on a handful of advisory board roles at megabrands like Apple. 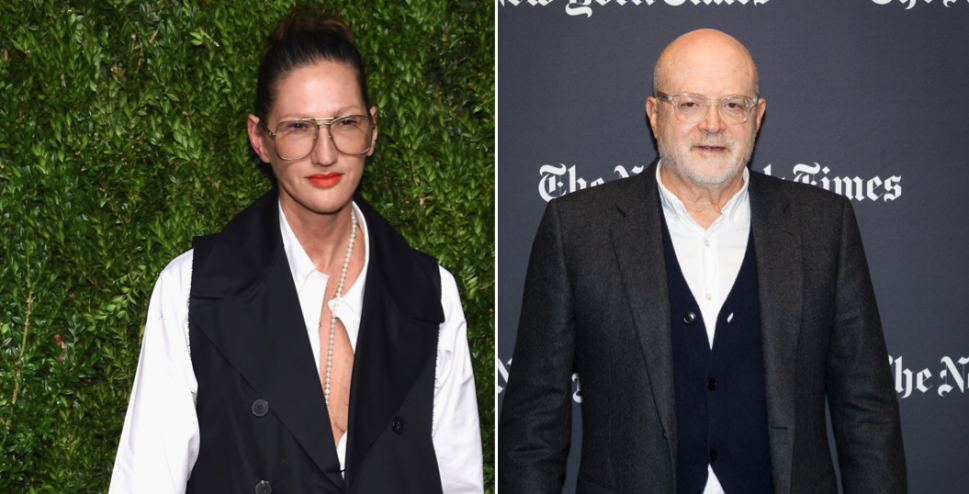