1199SEIU United Healthcare Workers East, which is also the largest healthcare union in the United States, pointed to the governor’s work to protect working families and commitment to reinforcing worker protections.

The union, which has donated large amounts of money to Cuomo, has more than 400,000 members across Massachusetts, New York, New Jersey, Washington, D.C. and Florida.

“He has been a true advocate for healthcare workers, standing with us in the fights to increase the minimum wage, for higher wages for homecare workers, and in the fight to secure Paid family leave,” Gresham said in a statement. “Governor Cuomo has been on the front lines with us, and the working men and women of 1199SEIU are proud to endorse him for re-election.”

Cuomo said he is “humbled” by the endorsement and that he hopes to “build on what we started.”

New Yorkers and Americans, the governor contended, “see what is happening in Washington.”

“They see how Republicans have prioritized tax cuts for hedge fund managers at the expense of the working class,” the governor said in a statement. “They are concerned that no one is looking out for them. We’re here to send them a message: We hear you. All New York hears you. And alongside 1199, we have beaten the odds on issue after issue and delivered tremendous results for New York’s working class.” 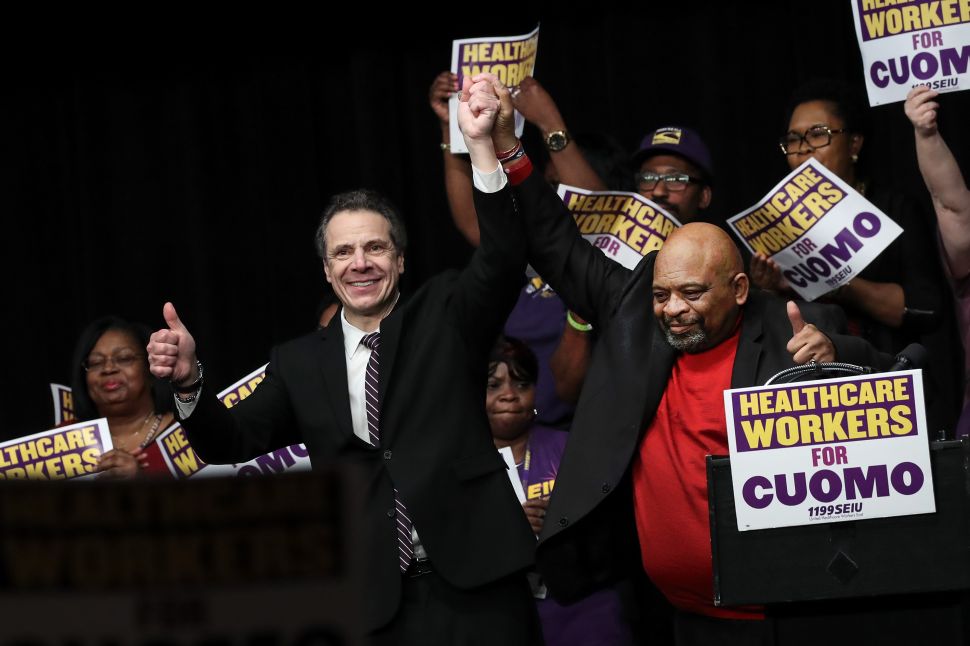