With unemployment at a historical low and the average wage rising, spending for Valentine’s Day this year is likely to reach its highest point since 2007. Stable rose imports from South America are keeping flower prices reasonable. And the rare proximity of the Lunar New Year (on Friday, Feb. 16) and Valentine’s Day is giving people in China, most of whom get a week-long holiday, a reason to celebrate Valentine’s Day in America.

You Can’t Go Wrong With a Piece of Jewelry

The National Retail Federation (NRF) estimates that Americans will collectively spend $19.6 billion for Valentine’s Day this year, or $144 per person. The calculation is based on the assumption that 55 percent of the U.S. population will celebrate the holiday.

Total spending forecast this year is the second highest since 2007, only topped by 2016’s $19.7 billion. Jewelry is expected to be the largest gift category, making up one-fourth of total spending.

“Gifts of experience,” such as tickets to a show or a sporting event, have been gaining popularity in recent years, especially among young people. Forty-one percent of people between the age of 25 and 34 plan to give a gift of experience, the NRF survey showed.

Happy V-Day and the Year of the Dog

This year, Valentine’s Day and Lunar New Year are just two days apart, a rare coincidence that will likely bring a flood of tourists from China and other Lunar New Year-celebrating countries.

China’s Tourism Academy estimate that 6.5 million people in China, a record high, have booked overseas travels for the week-long New Year’s holiday, with an average stay of seven to 10 days. The U.S. is among the 10 most popular destinations. As a gesture of hospitality, United Airlines has waived checking fees for the second luggage of passengers flying from China to the U.S.

The NRF estimates that $2 billion worth of flowers will be sold during the week of Valentine’s Day. That’s hundreds of millions of flowers changing hands, and a good portion of those will be imported.

Since Monday, the U.S. Customs and Border Protection (CBP) has been inspecting cut flower imports from South America at the Miami International Airport. While most flowers entering the country are safe, the CBP warns that even one hitchhiking pest, plant disease or even drugs can spoil the romance.

About 89 percent of imported fresh flowers in the U.S. enter the border through Miami, with the majority entering from Colombia and Ecuador.

Last year, between January 1 and February 14, the CBP processed roughly one billion cut flowers and identified 823 with pests.

Thanks to the abundant imports this year, rose prices have stayed fairly low. Most Americans can get a bunch for under $25. 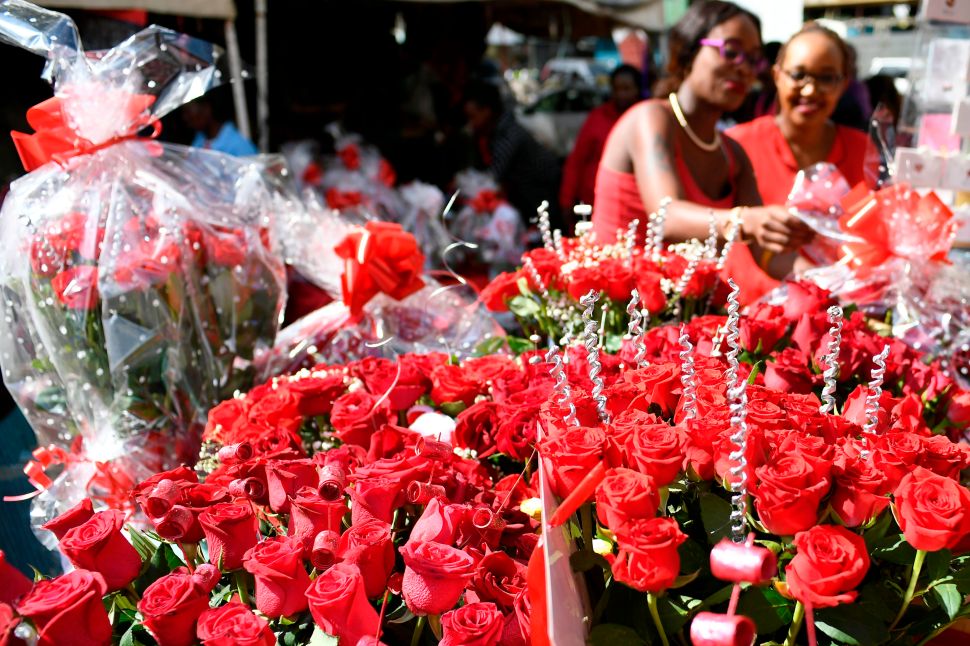