I figured out the closest parallel to HomePod, Apple’s belated entry into the voice-activated smart-speaker sweepstakes. It isn’t Amazon Echo or Google Home. It’s Apple Maps.

Hear me out on this.

Five years ago, Apple released its own mapping app, booting out the Google Maps app that had been preinstalled on iPhones for years. But Apple Maps was a debacle: It lacked critical features and was buggy to boot. Eventually, CEO Tim Cook took the extraordinary step of publicly apologizing for the screw up.

Over time though, Apple improved the app by fixing problems and adding capabilities. Eventually, Apple Maps became, if not great, at least good enough for most users, relegating Google Maps to also-ran status on iOS devices.

The HomePod is the Apple Maps of 2018. It isn’t so disastrous that it requires an apology; indeed, it’s very good at one important thing. But, in this first iteration, it’s overpriced and underperforming. As with Maps, Apple is likely to eventually fix its flaws, but users will need a lot of patience in the meantime.

The HomePod, which costs $349, is a cylinder roughly seven inches tall by six inches high, making it shorter and squatter than Amazon’s Echo. Size-wise, its closest comparison is probably the Sonos One, which has Amazon’s Alexa (and soon, Google Home’s intelligent assistant as well) built in.

The setup process for the HomePod is, well, nonexistent. There’s no app to download, no add-on skills to enable, and no configuration of any kind to speak of. It took all of two minutes from the time I plugged in the speaker to the time I played my first song. All I had to do was hold my iPhone near the HomePod, which automatically transferred my WiFi credentials and Apple Music subscription information and began automatically adjusting itself to the sonic characteristics of the room.

(Of course, this presupposes that you have an iPhone and an Apple Music subscription to begin with. If you don’t, you may as well stop reading right now; HomePod is not for you.)

The one important area where the HomePod truly excels is audio quality. When I reviewed the Sonos One late last year, I was impressed with how good it sounded; while I still am, I have to admit it that the HomePod blows it away—along with just about every other networked or smart speaker I’ve tried. At both high and low volumes, the sound is full, rich and true, with deep basses and crystalline higher frequencies.

In short, it’s as good a single-speaker solution as you’re likely to find. But that’s also one of its problems: It’s a single speaker, so there’s no true stereo separation.

Sonos solves this problem by allowing you to pair two speakers of the same model to create a genuine stereo; indeed, it’s currently running a sale bundling a pair of Sonos Ones for $349—not coincidentally the same price as one HomePod. And while one HomePod is preferable to one Sonos One, two Sonos Ones are better than one HomePod.

Apple has promised stereo pairing as part of AirPlay 2, its updated wireless streaming software. But we don’t know just when that will be, beyond sometime this year.

What if you want to put HomePods in several different rooms and network them together so you can have music throughout the house? Sonos pioneered the concept of multiroom audio, and both the Echo and Google Home now provide it as well. But for HomePod, the answer is the same as for stereo pairing: It’s coming eventually, but not yet.

As important as those features are, their absence isn’t HomePod’s biggest weakness. That would be Siri, the intelligent assistant built into it and just about every other Apple product.

Siri, of course, inaugurated the era of software you could talk to and that answered you back. But Apple has long since squandered the lead it once enjoyed, and the combination of Siri’s shortcomings and Apple’s closed-garden approach is particularly frustrating on the HomePod.

Tell Siri to play a Spotify playlist, for example, and you get the digital equivalent of a shoulder shrug; the HomePod currently only works with Apple Music. The only way to use such a third-party service is to open it on your iPhone or iPad, then manually choose to stream the output to the speaker.

The story is similar with smart-home gear. If you happen to use the limited number of products that support Apple’s HomeKit standard, HomePod is fine. But if you, like me, have a variety of non-HomeKit gadgets, you won’t be able to use your voice to adjust the thermostat, lock the front door, or open the garage.

Busy in the kitchen and want to tell Siri on the HomePod to place a phone call, the way you can using Alexa or Google Home? You can’t. The best you can do is start the call on your iPhone, then stream it—making the HomePod the world’s most expensive, best sounding speakerphone.

The list of shortcomings goes on and on, but you get the point: The HomePod is only half-cooked.

The question is, what is Apple going to do about it? My guess is what it did with Apple Maps. Over time, many of HomePod’s problems will be addressed, starting with the multiroom and stereo-pairing issues. Eventually, the HomePod will establish itself as the default choice for people who already have iPhones and are locked into the Apple ecosystem.

But it won’t happen overnight, nor will competitors like Amazon, Google and Sonos stand still. So the question is, how long until HomePod, like Apple Maps before it, becomes “good enough?”

Rich Jaroslovsky is an Observer technology columnist and vice president of SmartNews Inc. 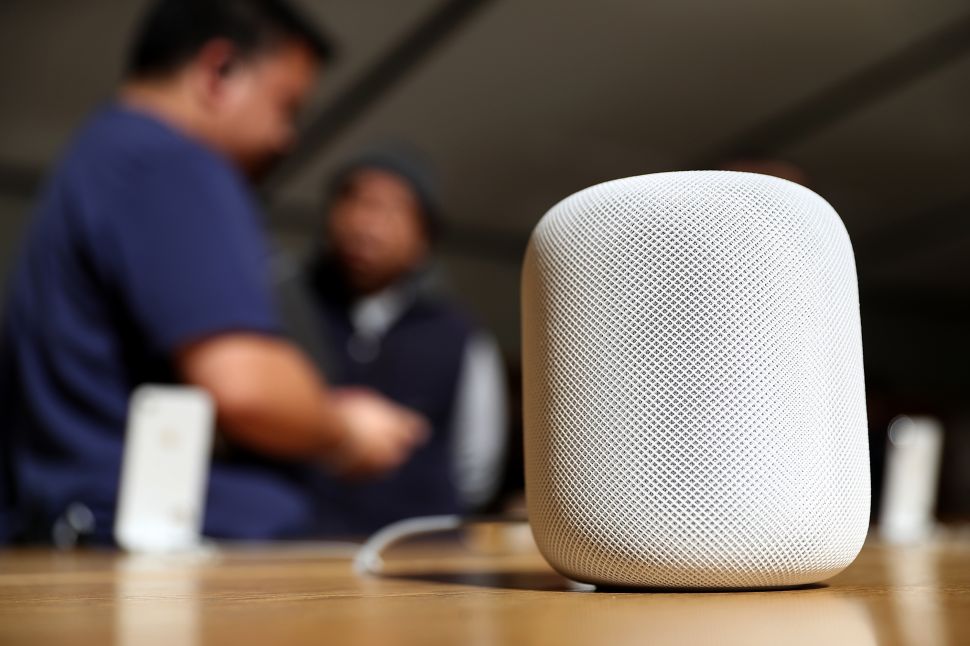