As nations of the world, and their greatest athletes, converge to compete in this global ritual and celebration called the Winter Olympics, where is Russia? Reacting to proof that ranking Russian sports’ officials had coordinated a scheme, perhaps on orders from the top, to allow Russian athletes to cheat and win, in December, the International Olympic Committee banned Russia and its athletes from these Olympics. “Russia banished!” headlines screamed. And so it seemed. But now, as the opening ceremony approaches on Friday, at least 169 Russian athletes prepare to compete. Cleared of doping, they will be represented by a neutral flag, and be known as the Olympic Athletes from Russia.

Or that’s how it currently stands. The cast of participants changes by the day. So does the murky nature of Russia’s status. “Russia Is Barred From Winter Olympics. Russia is Sending 169 Athletes to Winter Olympics.” read a seemingly contradictory January 25th New York Times headline. On that same day, the Russian news agency Tass reported “Russia to be represented by 169 athletes at 2018 Olympics,” making it sound like Russia would be there in full force. Now, with the Olympics set to open in mere days, the question remains—is Russia in, or out?

Nobody suspects Vladimir Putin shoved his arm through a secret hole in the wall that seemingly separated the 2014 Olympic testing lab from a supposedly empty adjoining storage room. Nobody accused the Russian president of using Russian developed technology to personally unscrew the German-developed tamper-proof bottles—leaving no visible marks to the naked eye—and substitute clean urine samples, months old, for the dirty urine that would prove Russian athletes had used banned performance enhancers to cheat their way to Olympic victory.

When the IOC banned Russia from these 2018 Olympics, it directed its wrath and leveled its punishment not only at individual Russian athletes. It banned the entire Russian Federation of Sport and banished for life its former Chairman and deputy chairman. At the opening ceremony this week, Russia will not march as a nation; thereafter its flag will not fly at the 2018 Olympic games, nor shall it be raised, nor its national anthem play in honor of Russian gold medal winners who have shown themselves entitled to compete. Russia, the nation, has been banished from the 2018 Olympics.

Russia was hardly the first state to be banned from an Olympics. Like so much else in this ongoing saga, it all has ancient roots. Now the Olympics rotate location, which may give the host country a partisan crowd and home field advantage, whereas the ancient Greeks, for 1100 years, held their Olympics at Olympia—beginning from 776 B.C. Olympia operated as a neutral anointed space. The Olympic council banished Sparta for violating the Sacred Truce that ensured Olympic sporting contests would triumph over war and politics. Sparta had broken its promise and its athletes were suspended for an Olympics.

The 2014 winter Olympics meant the world to Russia, allowing its Putin to showcase his country’s successful resurgence. Four years after their miserable performance in the 2010 Winter Olympics—finishing a shockingly poor 11th in the overall medal count—Russia needed to dominate at Sochi. And so they did—winning the most gold medals and total medals, easily beating the 2nd place U.S.A. The Soviet Union may have fractured, world oil prices had plummeted, and yet here was a newly invigorated Russia proving itself once again a giant power on the world scene. Since the time of the ancient Olympics, more than 2700 years ago, governing bodies have used this event to try to demonstrate their own state superiority. But in 2014, Russia, the host country, did something far different.

Cheating allegations soon surfaced in a 2015 German documentary featuring a Russian athlete and her husband, an anti-doping official, who fled Russia to allege widespread state-sponsored doping. WADA, the world anti-doping association, named its former chairman, Dick Pound, to investigate. A year later, with evidence mounting, WADA called for the entire Russian track and field team to be banned from the 2016 Rio Olympics. In a New York Times expose, Grigory Rodchenkov, the former head of Russia’s anti-doping laboratory who had also fled after two of his colleagues turned up dead, described in detail the Russian doping scheme that operated under the auspices of the Russian Ministry of Sport. Rodchenkov is now in U.S. protective custody. Icarus, a 2017 documentary by Bryan Fogel, featured Rodchenkov demonstrating how he helped medal winners dope at Sochi and get away with it. Rodchenkov claimed a guilty conscience, sharing responsibility for Russia’s dominance at Sochi, which he believed had emboldened Putin to invade Ukraine and annex the Crimea.

Based on WADA’s recommendation, the IAAF—the International Association of Track and Field—suspended the entire Russian track and field team from the upcoming 2016 summer Olympics. Russia vigorously denied state sponsorship of cheating, condemning the few rotten apples in the Russian sport federation, principally Grigory Rodchenkov. “Responsibility can only be individual,” Putin had insisted.

During 2017, the Russian president continued to insist publicly “In Russia there has never been, and I hope never will be, a state-doping support system.” Without confronting Putin’s claim of national innocence, the IOC suspended 28 Russian athletes who had competed at Sochi, stripping those who had won medals. They appealed their suspension to the Court for the Arbitration of Sport—the world’s highest court of sport. But what of Russia itself? Would it be punished for the actions of its Ministry of Sport?

Newly appointed Russian anti-doping officials finally conceded that former officials had engaged in a wide-ranging doping conspiracy but insisted that it was not “state sponsored” because Putin did not know of it. “The King can do no wrong,” British apologists of executive power proclaimed in the 17th century. And when evidence mounted that the King had indeed violated long-standing promises in the Magna Carta, they added, “because if it’s wrong, the King hasn’t done it.” All cheating and executive overreach they pinned on the King’s advisers.

Meanwhile, also relying on Rodchenkov’s confessions and diary, another Commission led by Samuel Schmid, the former president of Switzerland, after an exhaustive 17-month investigation, issued its report and recommendations to the IOC.

In December 2017, IOC President Bach fully embraced the Schmid Commission’s findings, and recommended punishment: The Russian flag would not fly at the Olympics nor would its national anthem play. This clearly punished Russia as a nation, separately from its individual athletes.  It also punished those athletes who would proudly stand on that winner’s platform causing their nation’s anthem to play and flag to rise.

Russia, as a nation, has been banned from the 2018 Olympics. Its Ministry of Sport cannot attend. Certain officials, including the former Minister of Sport, are banished for life from ever again participating in the Olympics. Indisputably, Russian officials systematically and actively aided and abetted individual cheating and its coverup.  Russian sport officials who pressured and coerced individual athletes to cheat in order to deceptively gain an unfair advantage, damaged the fairness of many Olympic contests. By developing then employing technology to chemically enhance performance and avoid detection, Russia out and out cheated.

But Russia went further, much further, when they polluted not only their own national testing, but the very Olympic laboratory which they, as the host country, controlled. They violated the letter and spirit of fair competition, fouling the core of the Olympic spirit. Or as the IOC President declared in English and again in German for emphasis, Russia engaged in “an unprecedented attack on the integrity of the Olympic Games and sport.” And thus they were to be punished severely.

As the 2018 Olympics approaches, and Russia still denies that the State cheated, how should we who embrace the integrity of sport, while insisting that cheats be punished, respond? How should the community of sporting nations respond?

And what about the putative Cheater-in-Chief? “Could Vladimir Putin have ignored what was going on?” the IOC President was asked at the press conference immediately after Russia was banned. “I don’t have to express my feelings,” he replied, obviously feeling much more than he said, showing discomfort at his own restraint. “We had no evidence—I’ll leave my feelings to you.” 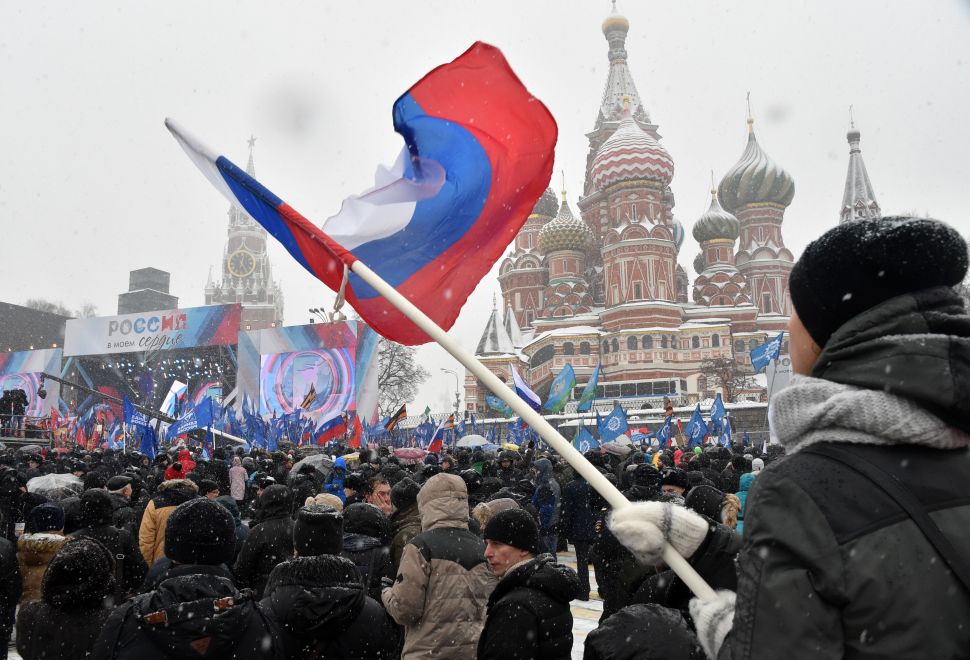