Donald Glover isn’t having a moment. He isn’t in the midst of a hot streak or a nice run. What he’s doing is re-shaping entertainment in his image; the multi-talented cross-platform auteur with a special outlook is here to toy with your expectations and upend the traditional.

The guy is a five-time Grammy-winning rapper who is creating an animated Deadpool series for FX, starring in Solo: A Star Wars Story and voicing Simba in Disney’s upcoming The Lion King remake. Versatility is ingrained in his DNA.

We saw that on full display in the breakout rookie season of FX’s Atlanta, which Glover created, co-wrote, co-directed and starred in (multi-talented, remember?).

The series—which follows rising rapper Paper Boi (Brian Tyree Henry) and his cousin/manager Earn (Glover)—was a wild and weird ride in the best possible ways (there was an invisible car, no big deal).

It mixed surrealist humor with striking violence; it introduced real-world elements with a twist and no explanation (Justin Bieber is black in the Atlanta-verse); it experimented with format and delivery in daring new ways (an entire episode takes place on a talk show) that critics and viewers alike were drawn to.

When expectations have been subverted to such a degree, audiences will come to expect even greater off-beat twists and turns the second time around.

But that’s the genius of Atlanta season two: In its first three episodes, it trades in the genre-breaking of season one for a more linear story that grounds everything, while still maintaining the more daring choices made the first time around.

Atlanta Robbin’ Season, which refers to a time before Christmas when robberies increase, has an undeniable sense of fear embedded in its early episodes. Fear of everyday violence that has become all too common today, fear of not being seen or being seen too much, fear of making your mark in the face of wasted potential.

Paper Boi, or Alfred, is dealing with the fallout of his rising fame and its interference with his weed-selling business. The discomfort of notoriety is worn plainly on his face, and his run-in with a financially ambitious and overly polite drug dealer provides some of the biggest laughs and commentary of the new season. As his music career blossoms, Al begins to run into the expectations of others, which isn’t always an enjoyable encounter.

Earn, meanwhile, is near homeless and scared of being squeezed out of Alfred’s stardom-bound journey. The Princeton dropout is struggling to cash in on all of his smarts, while simultaneously dealing with a litany of racist roadblocks spread out before him.

Atlanta has always done a great job of exemplifying the hyper-real.

The season two premiere may involve an actual alligator and a great guest-appearance by Katt Williams, but what follows also centers Earn’s motivations and obstacles.

Like Jimmy McGill in AMC’s Better Call Saul, success and prosperity are denied to Earn by a cruel and unjust world at multiple turns, albeit for entirely different reasons. All he wants is to make something better of his life. It’s both highly relatable and accessible and far-ranging because his experiences can be used as a broader representation of African-American life.

Racial realities have always been at the center of Atlanta and have been portrayed unflinchingly.

Earn believes money will help solve some of the issues of being black in a white-controlled eco-system, but the reality here is that money just creates a new set of problems. The perspective comes at a time when critically acclaimed African-American projects such as Get Out and Black Panther are sweeping awards shows and box office reports. But what Earn discovers is that breaking through the glass ceiling only reveals another top floor.

“Alligator Man,” “Sportin’ Waves” and “Money Bad Showty” are all hilarious and poignant (Lakeith Stanfield’s Darius is still a delight to watch). They also do a great job of setting up Atlanta Robbin’ Season to go in a multitude of different directions, none of which are out-of-bounds. Tragic, poetic, sharp, all of the above; it’s all on the table right now. They each feel like standalone installments with no real through-line connection, though Glover has said the goal is to make Atlanta Robbin’ Season feel like one long movie when all is said and done.

Despite each episode’s individualism, director Hiro Murai establishes a sense of cohesion throughout that anchors the new season amidst its more outlandish moments, while the writing effortlessly blends all of the show’s disparate parts.

The outcome is a sophomore effort that simultaneously feels both the same and different from what came before. What has not changed, however, is the show’s engrossing nature. We want to see more, and we want to see it right now.

Any series that can find organic ways to include an alligator, Yoo-hoo chocolate milk and Michael Vick within its first three episodes is worth-watching in our book. But what is perhaps even more impressive is the way Glover and company pull it all together.

We’re lucky to be watching a shooting star in real time. 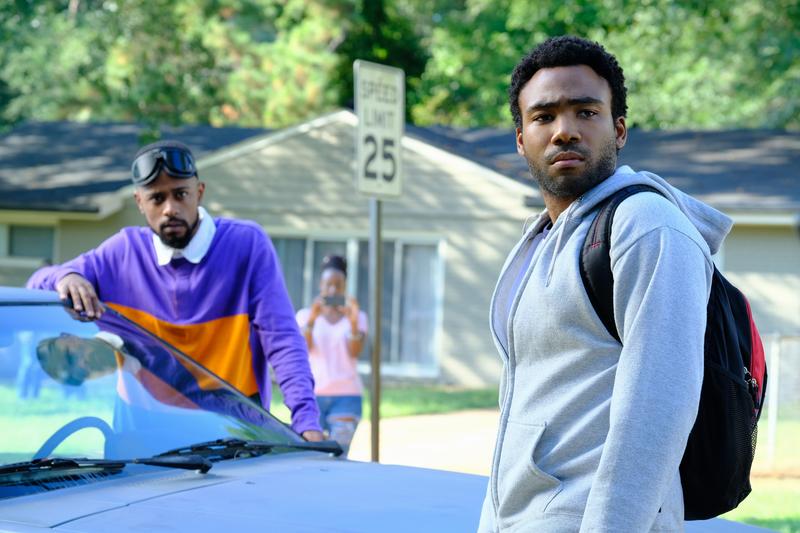