Barneys New York is closing its Upper West Side store on February 18, a company spokeswoman confirmed to Commercial Observer.

“Barneys New York has enjoyed serving the community on the Upper West Side for over a decade. We sincerely appreciate the loyalty of our customers, and we look forward to continuing to serve them at our Madison, Downtown and Brooklyn locations,” the spokeswoman emailed.

West Side Rag first reported the news on Feb. 2 based on information provided by a manager.

The roughly 10,000-square-foot clothing store, which is on the ground and lower levels at 2151 Broadway between West 75th and West 76th Streets, opened in 2004, according to retail broker Faith Hope Consolo of Douglas Elliman Real Estate, who represented the landlord in the original lease negotiations with Barneys. The space underwent a renovation in July 2013, which included rebranding it from a Co-op store—selling lower-priced fashion—to a Barneys New York. (The company has since converted Co-ops stores to Barneys New York shops.) The lease is slated to expire at the end of 2023, according to CoStar Group.

Read the rest of the story at Commercial Observer. 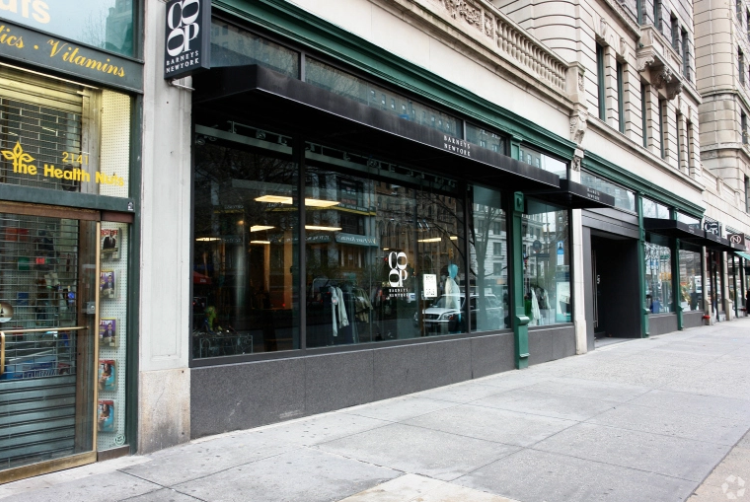