Reverend Billy Graham, famed and beloved North Carolina evangelist who traveled the globe and provided counsel to U.S. presidents, has passed away. He was 99.

A spokesperson from his organization confirmed Graham’s passing to CNN. He reportedly passed away at his home in Montreat, North Carolina. No official cause of death has yet been announced.

During his life, Graham preached to an estimated 215 million people in 185 countries. He is said to have converted millions of people around the world to Christianity through his in-person, radio, television and internet work. At the same time, Graham also emerged as a confidante and/or minister to a dozen U.S. presidents, including Lyndon Johnson, Bill Clinton and George W. Bush.

His 1997 memoir Just as I Am became a New York Times bestseller and was just one of more than two dozen books Graham wrote during his eclectic life.

The GREAT Billy Graham is dead. There was nobody like him! He will be missed by Christians and all religions. A very special man.

Others have also expressed their awe of the man.

“He was probably the dominant religious leader of his era; no more than one or two popes, perhaps one or two other people, could come close to what he achieved,” William Martin, a former historian at Rice University and the author of A Prophet with Honor: The Billy Graham Story, told CNN.

Graham was born in 1918 and was raised on a dairy farm in Charlotte, North Carolina. At 16, he became inspired by traveling minister and temperance movement leader Mordecai Ham to pursue religion. The young man would eventually move to Florida and become ordained there in 1939.

Graham began to develop a following due to his charming sense of humor and his nonpartisan Christian views. He also required churches to integrate if they wished to book his services, which endeared him to Dr. Martin Luther King Jr.

“Had it not been for the ministry of my good friend Dr. Billy Graham, my work in the Civil Rights Movement would not have been as successful as it has been,” King once said, per NBC News.

In later years, Graham’s son Franklin assumed control of his ministries while the famous evangelist retired to a quiet life in North Carolina.

When asked at one point what he hoped people would say about him when he died, Graham said, “I want to hear one person say something nice about me and that’s the Lord, when I face him. I want him to say to me, ‘Well done, thou good and faithful servant.'” 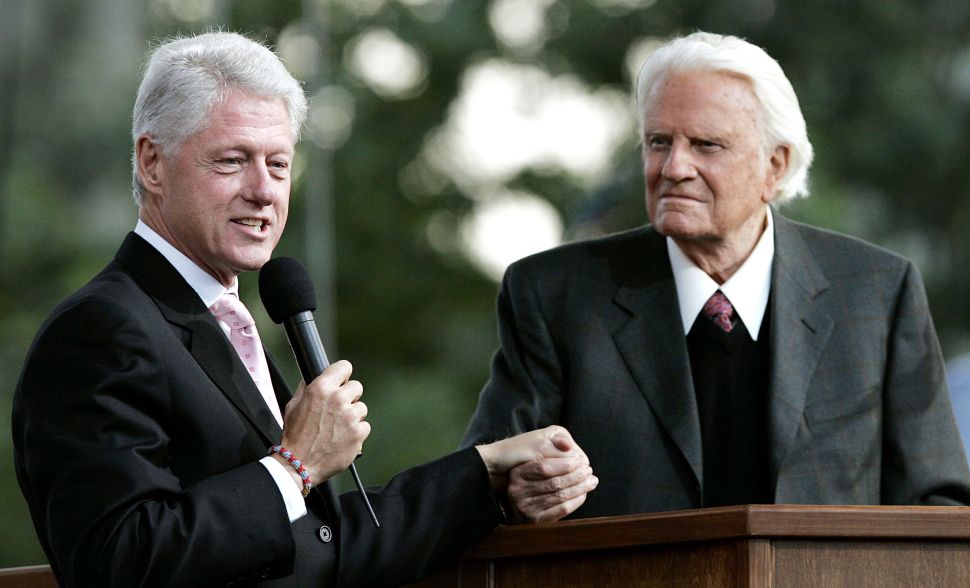