Here in North America, Marvel’s Black Panther is expected to break box office records when it debuts this weekend. The Chadwick Boseman-starring, Ryan Coogler-directed superhero flick is tracking for a massive $160-plus million opening, which would be a top-five superhero movie opening ever and a record for the Marvel Cinematic Universe’s non-sequels.

But overseas, the film’s financial prospects are anyone’s guess.

Blockbuster tentpoles generally post 35/65 percent splits in terms of domestic and foreign gross. However, predominantly African-American features have never played as well overseas as they have here at home.

The Blade series, which was the first superhero franchise headlined by an African-American, never earned more than $76 million overseas throughout its three entries.

That’s not to say that black-fronted films never succeed outside the U.S.

A-listers like Eddie Murphy and Will Smith spent years cultivating global audiences as true blue movie stars, but their box office prowess is a rarity these days. There’s a reason, per Deadline, that Blade producer New Line has already sold off the international rights to its Shaft reboot to Netflix to avoid low overseas ticket sales.

So can Black Panther break ground abroad? It may depend on the marketing.

Gianluca Chakra, managing partner of major regional Middle East distributor Front Row, told Deadline that the Black Panther promotional material in his region focuses less on Boseman and more on the “[superhero] character himself. Doctor Strange was like that. He’s not one of the more famous superheroes, so it was just the same as elsewhere. That movie was massive in the Middle East, and I think this will be the same.”

However, even though Marvel movies tend to put up big numbers in China, the second-largest box office territory in the world, not even a good showing from Black Panther may change the overall trend.

“The themes of most films with largely black casts will still not be of interest to Chinese audiences,” USC professor and China specialist Stanley Rose told Deadline. “This is more about superhero films where the characters happen to be black, but not about African-American films more generally.”

According to THR, “Disney insiders expect Black Panther to open in the $85 million-$115 million range. The tentpole rolls out in about 70 percent of the international marketplace this week; major territories, where it doesn’t open until later, include Russia (Feb. 22), Japan (March 1) and China (March 9).” 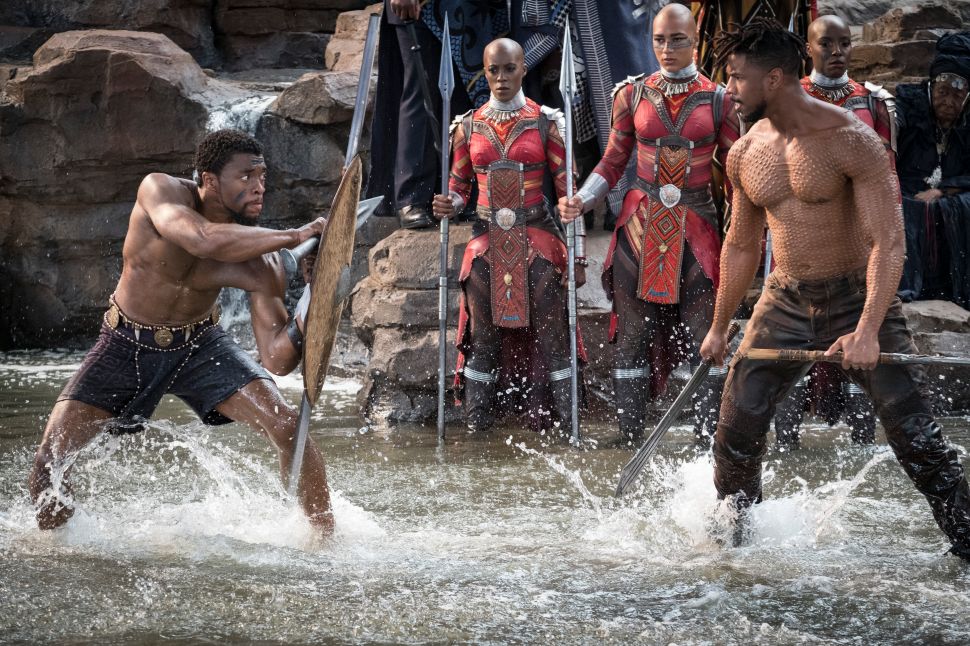