Since their return from Wakanda, the stars of Black Panther have kept busy. They’re acting, writing, producing and directing. The big difference now, though, is that the entire world knows their names.

Here’s a quick look at what they’ve got going on moving forward:

Director Ryan Coogler and Michael B. Jordan (Erik Killmonger) will team up for their fourth film together, Wrong Answer.

The film will follow the true story of Atlanta middle-school teacher, Damany Lewis (Jordan), who alters his students’ test scores for the sake of more school funding. The film, which is still in development, is based on a 2014 New Yorker article written by Rachel Avivi.

Jordan is also starring alongside Michael Shannon in the HBO adaptation of Fahrenheit 451 to be released in May and will return to his role as Adonis Johnson in Creed II. So, yeah, big things happening for this rising star.

The Black Panther himself, Chadwick Boseman, will be starring in a film that he co-wrote: Expatriate. According to Deadline, it’s “an international thriller set around a 1970s plane hijacking.”

Boseman is also teaming up with Paramount Pictures for another movie he will co-write based on the life of Reverend Jeffrey Brown, a Boston pastor whose mission it is to steer kids away from drugs and gang violence.

We will see Lupita Nyong’o (Nakia) again soon, as a teacher this time, in the upcoming Little Monsters, a rom-com revolving around an outbreak of zombies.

Nyong’o will also be taking on the role of Trevor Noah’s mother in the adaptation of his memoir, Born a Crime. Last week, Noah invited her on The Daily Show to celebrate and it was everything.

Always a pleasure to see my friend (and future #BornACrime son, sort of!) @TrevorNoah at @TheDailyShow. Watch tonight at 11/10c. #BlackPanther #WakandaForever pic.twitter.com/EjPJzod9Rm

Nyong’o will also be producing and acting in a miniseries rendition of Americanah, Chimamanda Ngozi Adichie’s bestselling book. Rumors have also been floating around that Nyong’o could star in the future Charlie’s Angels reboot, though there’s no official news on that front quite yet.

Letitia Wright (Shuri) can be seen in Steven Spielberg’s Ready Player One based on the popular science-fiction novel of the same name. The dystopian film, set in the year 2044, hits theaters March 30.

The verdict is still out on cinematographer Rachel Morrison’s next big project, but we will see her on March 4 at the Oscars. She is the first woman to ever be nominated for Best Cinematographer thanks to her work on Netflix’s Mudbound.

Most notably, Boseman will return as King T’Challa in Marvel’s Avengers: Infinity War along with a few of his Black Panther costars on May 4. 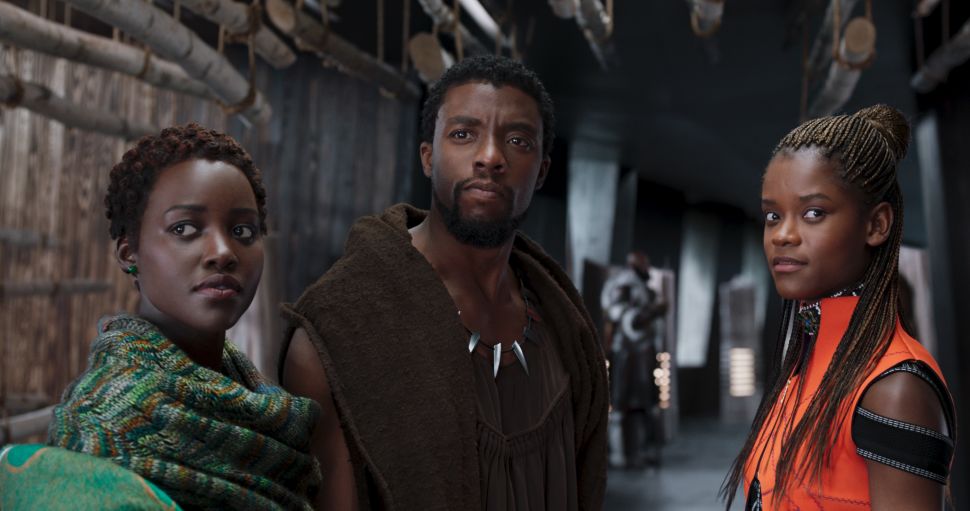