Hugin is kicking off his campaign in North Jersey at the Springfield Elks Lodge in Springfield on Tuesday morning, according to an advisory sent out to the press. He will have a second campaign kickoff event in Delran on Tuesday afternoon.

He will also be speaking as a special guest at the Warren County Republican Committee’s Lincoln Day 2018 evening cocktail party at Hawk Pointe Golf Club in Washington, New Jersey, on Tuesday night.

In January, Hugin was said to have started meeting with the state’s GOP county chairmen and was considering launching a Senate campaign. He is wealthy enough to be able to self-finance a statewide campaign. And Hugin has ties to former Gov. Chris Christie—he sat on Christie’s New Jersey finance leadership team.

Menendez, a two-term senior Democratic senator, had temporarily yielded his position as ranking member of the Senate Foreign Relations Committee after his April 2015 indictment on federal corruption charges. But in November, a jury deadlocked after a seven-week trial.

On Jan. 31, federal prosecutors dropped their corruption case against Menendez, enabling him to run for reelection without having to face bribery charges. Menendez is now returning to his position on the Senate Foreign Relations Committee.

The Republican primary will take place on June 5. 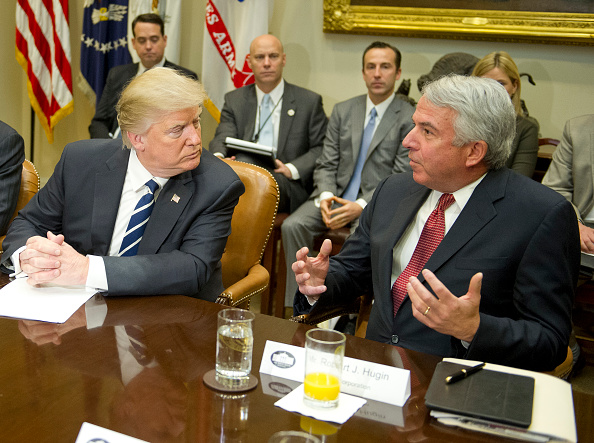