Broadcom’s chase after Qualcomm didn’t end when its historical $130 billion offer to acquire the San Diego-based chip maker was rejected in November.

On Monday, Broadcom announced a “best and final offer” to acquire Qualcomm at $82 a share in cash and stock, up from its initial offer of $70 a share in November.

The offer amount represents a 50 percent premium to Qualcomm’s share price on November 2, the last trading day before a possible acquisition was reported, and is higher than Qualcomm’s five-year share price peak at $80.45 in May 2014.

If completed, the deal will be the largest technology acquisition ever.

The merged company will be the third largest chip maker in the world, after Intel and Samsung.

Qualcomm rejected Broadcom’s first offer in November, saying it “significantly undervalued” Qualcomm’s value. It also cited regulatory hurdle as a concern. (Qualcomm is in the middle of an anti-trust case against the European Union.)

In the updated offer, Broadcom said it will pay Qualcomm a significant “reverse termination fee” in the event they are unable to obtain required regulatory approvals.

In December, Broadcom submitted a proxy statement to the SEC, asking Qualcomm shareholders to vote for a complete re-appointment of Qualcomm’s board at the company’s annual meeting on March 6. Broadcom CEO Hock Tan said at the time he would like to resume the acquisition talk with Qualcomm. Qualcomm, however, called Broadcom’s move “a blatant attempt” to control the company board in order to push the acquisition.

In Broadcom’s updated offer, the cash portion remains at $60 a share. Broadcom is also inviting two board directors of Qualcomm, including board chairman Paul Jacobs, to join the board of the combined company. 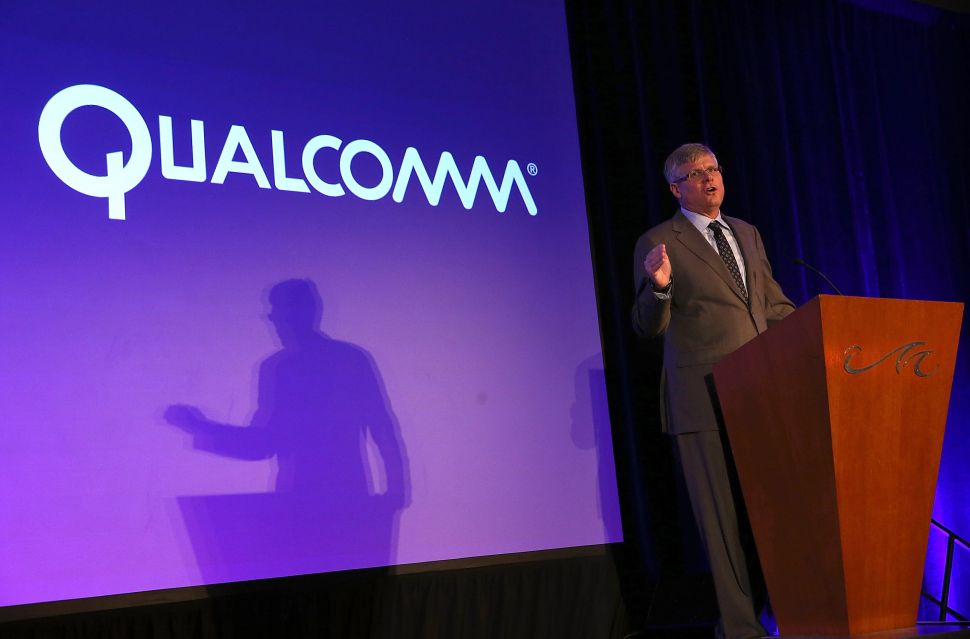