Most people today likely interact with chatbots on a regular basis, whether they recognize it or not. In fact, chatbots are enjoying a surge in popularity, rivaling the app boom that accompanied the emergence of the smartphone in the mid- to late 2000s.

Consumers can perform myriad functions through a chat interface, from ordering a pizza to checking their credit scores to tracking down concert tickets. And as we know, learning interfaces can even recommend items on the basis of consumer interests and past purchases, better informing every subsequent interaction that user has with a brand.

Such ubiquity means that brands are in transformative territory right now, where design (ethos) and empathy can build more human interactions and, by doing so, simplify user choices. By utilizing AI, conversational interfaces can create even more elegant user experiences, providing hosted and more personalized experiences that are rooted in data.

Chabots in Daily Life — Both the Good and the Bad

Recently, Forbes partnered with Facebook to utilize its Messenger platform and create a news bot that recommends daily content. Users can customize their interactions by typing in their interests, and the bot summarizes relevant stories in a conversational tone. But even if such tailoring sounds amazing, it doesn’t come without its pitfalls.

During the 2016 U.S. presidential election, bots were used to deploy a huge number of candidate-supporting tweets, ultimately accounting for almost 20 percent of pro-Hillary Clinton tweets and more than one-third of pro-Donald Trump tweets. These bots could also determine the political preferences of users, drawing insight from preferences posted on Twitter profiles or favorited political posts. Essentially, by using this information to drive insights, bots helped fuel (and even manifest some of) the partisan divide. Perhaps even more disturbing is the potential nefarious opportunities that such bots present hackers.

Still, the potential for this technology in the marketplace is astounding. As the technology evolves and bots become even more human, brands that capitalize on them could see many advantages.

The Anthropomorphism of Chatbots

Jarvis, Mark Zuckerberg’s personally designed AI assistant that he can interact with on his iPhone via speech or text, is a great indicator of the technology’s current and potential capabilities. While Zuckerberg often preferred text as his primary means of communication with Jarvis, it’s speech that reveals the truly transformative nature of chatbot technology, not the least of which because speech has the speed advantage. Moreover, consumers are increasingly familiar with this form of communication, given home devices like Amazon’s Echo and Google Home, with Echo sales reaching 5 million units and Google Home sales reaching 1.9 million units during the third quarter of 2017.

Being able to converse with AI effectively and consistently is a big step toward humanizing it and rendering that sci-fi-esque emotional investment we’ve long witnessed in movies like “Star Wars.” Jarvis, for example, is coded for play scenarioswith Zuckerberg’s family. Beyond the fun and games this elicits, though, the capacity to “play” is integral to humanity, with psychologists attributing most aspects of culture (from art to religion to music), education, and work productivity to humans’ ability to play.

With 85 percent of customer service interactions expected to be driven by chatbots by 2020, integrating chatbots into an organization allows developers to build more immersive experiences for audiences. Fans of HBO’s “Westworld,” for example, can access a chatbot named Aeden on the show’s website. Aeden acts as a “host” to people interested in vacationing at the fictional Westworld “resort.” Communication can take place via text, or Aeden can be contacted using the Google Assistant service, and with the right prompting, the bot will reveal Easter eggs to make the show’s audience feel more integrated.

Still, truly immersive experiences begin with scraping data, which creates a sense of AI but relies on user inputs. Currently, we get recommendations for music and shopping based on our patterns, but what’s missing is the emotion that goes with someone actually knowing a user. Just repeating a bunch of interaction can lead users to bot fatigue, and teaching skills to a conversational interface still has its limitations. Getting the syntax correct in requests should be a frictionless experience; as of now, though, it winds up being frustrating, many times leading to “I’m sorry; I can’t help you with that.”

While plenty of sites today provide users with a generous amount of engagement and interactivity, sites that boost the experience with a chat interface or a bot that picks up on user inputs can be especially remarkable in the future. It may be hard to imagine what the experience of a deeply personal site would be, but to some extent, many websites are already trending that direction. Advertisements can target a specific user while they browse, and someone’s viewing history often dictates what sites are recommended or pop-up videos played.

Buying in to Bots

With chatbots able to foster an emotional connection between users and brands, they’re becoming a powerful way to keep a brand top of mind and allow it to gather even more data about its consumers and their habits. Essentially, the digital breadcrumbs users leave based on their interactions can be used to build a picture of the user and deliver a more frictionless hosted experience that’s less self-directed. For instance, travel sites capitalizing on and optimizing this type of experience are likely to foster greater brand awareness and loyalty. There are even possibilities to implement virtual reality into a site like this a la Google Earth.

Such in-depth personalization would impact buyers even more if the chatbot host were particularly funny or informative (even kind). As the future of bots becomes more contextually aware based on these interactions and becomes — in layman’s terms — a user’s friend, it would be able to anticipate his needs. Conversations can be like, “Hey Alexa, what’s going on this weekend,” and her humorous response would be, “Duh…’Star Wars.’ I have tickets ready for you in your cart. Just let me know if you want me to purchase them.” Or she says, unprompted: “Hey guys, it’s Saturday morning, and you’re out of groceries. I can get English muffins, juice, and fruit delivered by 9 a.m.”

While our current “bot ecosystem” does include managing IoT devices around the house, food delivery, and requests (like playing our favorite music), the adoption of linguistic tendencies and more fluid interaction is slowly becoming a reality. Still, although bot conversations should be helpful and motivational, they shouldn’t be infinite. It would have to be the right brand for the right experience, meaning that full immersion may be a way for consumers to “try before they buy” without having to physically jump into a product or service and without the need for VR goggles and headphones.

As our scripted voice commands evolve into natural conversation, it’s inevitable that our human connection with bots will deepen. Thus, we expect there to be a more seamless integration that adds real value to our lives. Brands and agencies wanting to build on this expectation can deliver on that value proposition by defining that connection with empathy as well as with data, making an investment in AI technologies a smart (and human) step for businesses as a whole.

Mindy Sears is the creative director of RAPP San Francisco and has more than 15 years of creative advertising and integrated marketing experience. 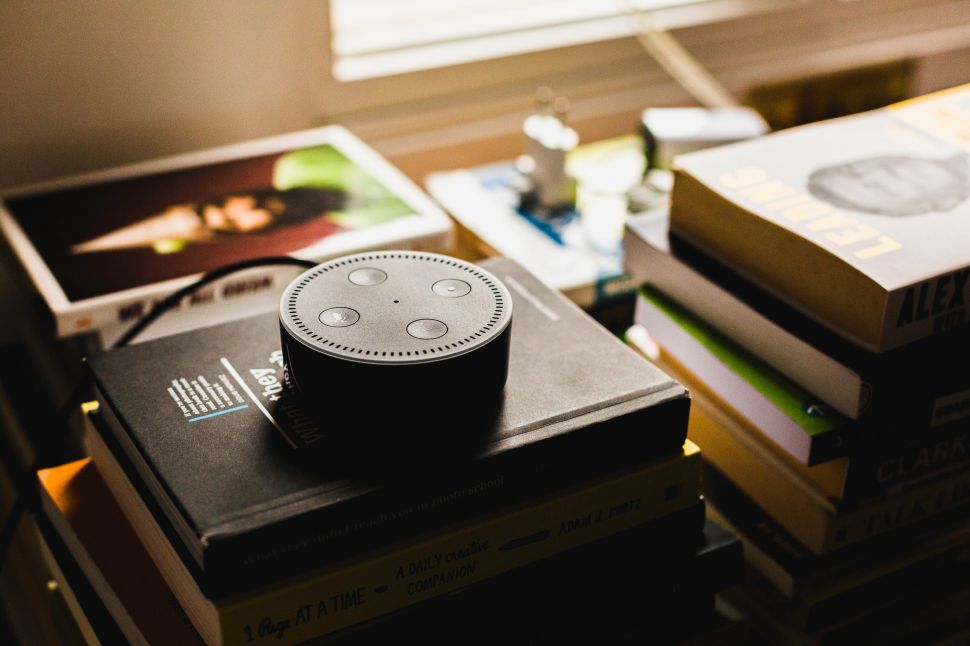