Calabrese, 31 and a Democrat, is replacing former Assemblywoman Marlene Caride, who left her seat after Gov. Phil Murphy tapped her to lead the state Department of Banking and Insurance.

His grandfather, Gerald Calabrese, served as mayor of Cliffside Park for 50 years and as chairman of the Democratic Committee of Bergen County, according to NJ.com. He also played for the Syracuse Nationals (Philadelphia 76ers) of the National Basketball Association in the 1950s.

And his father, Gerald Calabrese Jr., is the chairman of the Cliffside Park Democratic Party, while his uncle, Thomas Calabrese, is the mayor of Cliffside Park.

“It is an honor and privilege to serve the people of the 36th district and this great state,” Calabrese said in a statement. “Some might even say it is in my blood. I’m excited to follow in this most honorable family tradition, and work with Speaker [Craig] Coughlin and my fellow colleagues on policies that will help move our state forward.”

Calabrese previously served as a principal at Alkova Companies, a real estate development company based in Alpine, from June 2016 up until he became an assemblyman. He also worked at Deutsche Bank in London from April 2010 to March 2011.

Assembly Speaker Craig Coughlin swore him in at an inauguration ceremony on Thursday.

The 36th legislative district, which Calabrese will be representing, includes parts of Bergen and Passaic counties, including the neighborhoods of Bergenfield, Fair Lawn, Paramus, Maywood, Hawthorne and Rochelle Park. 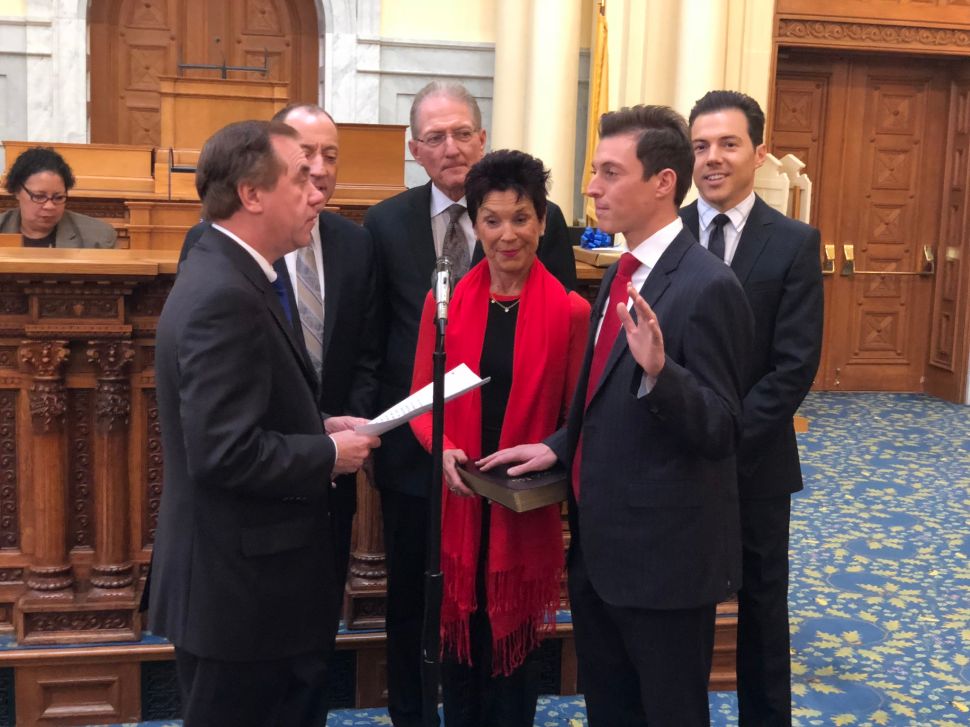