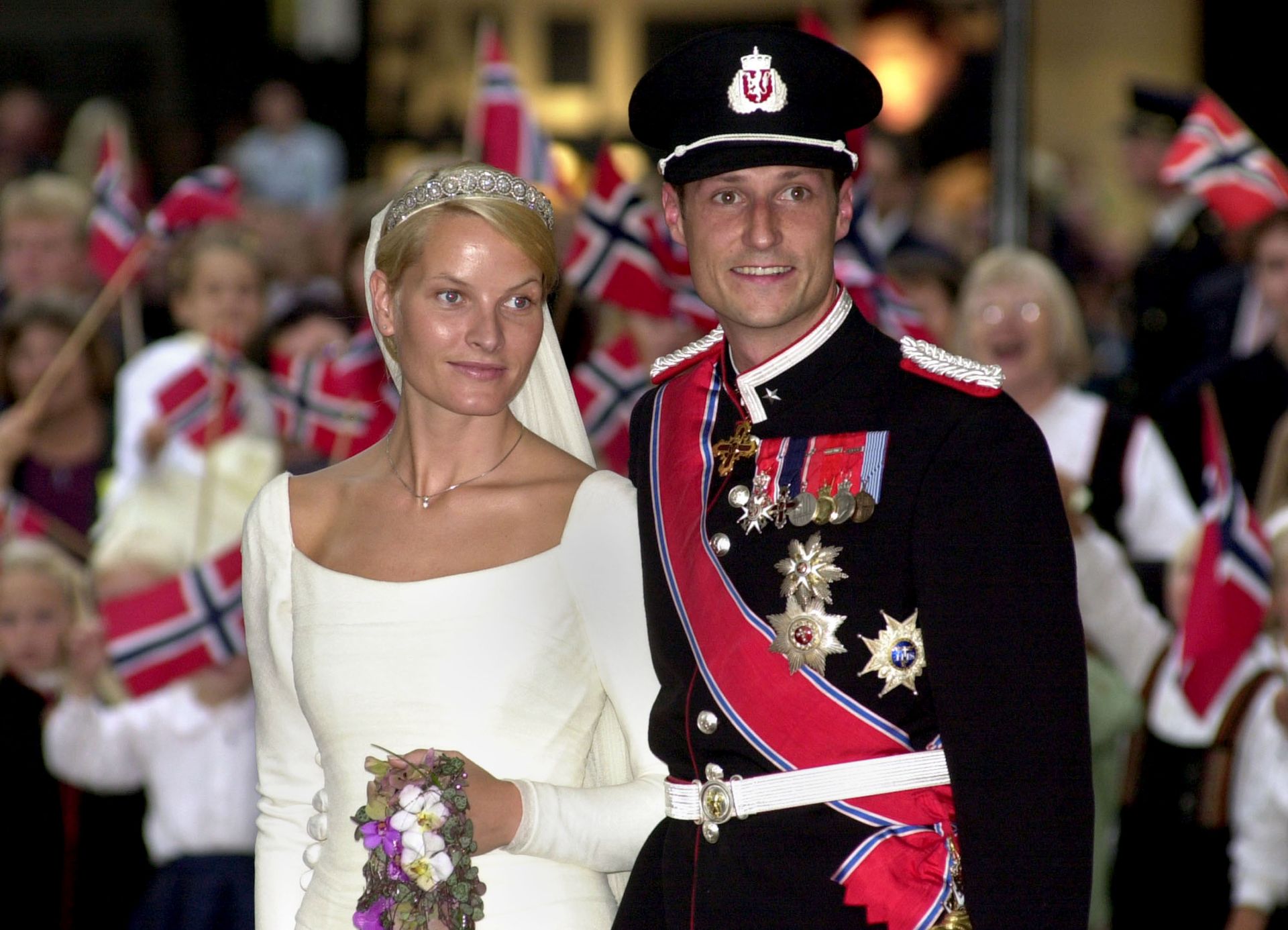 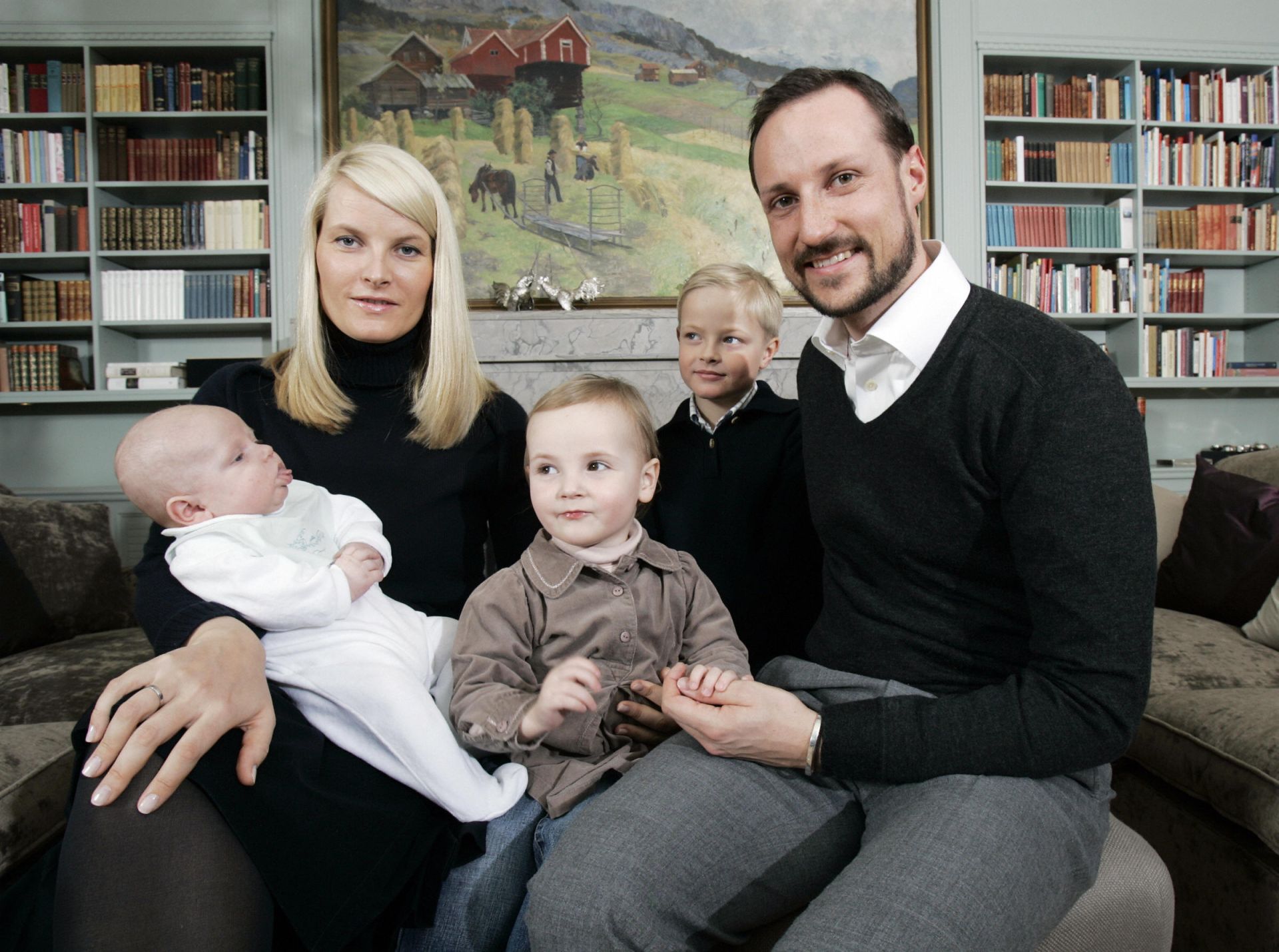 The family at home before baptizing their son, Sverre Magnus.
Aserud Lise/AFP/Getty Images 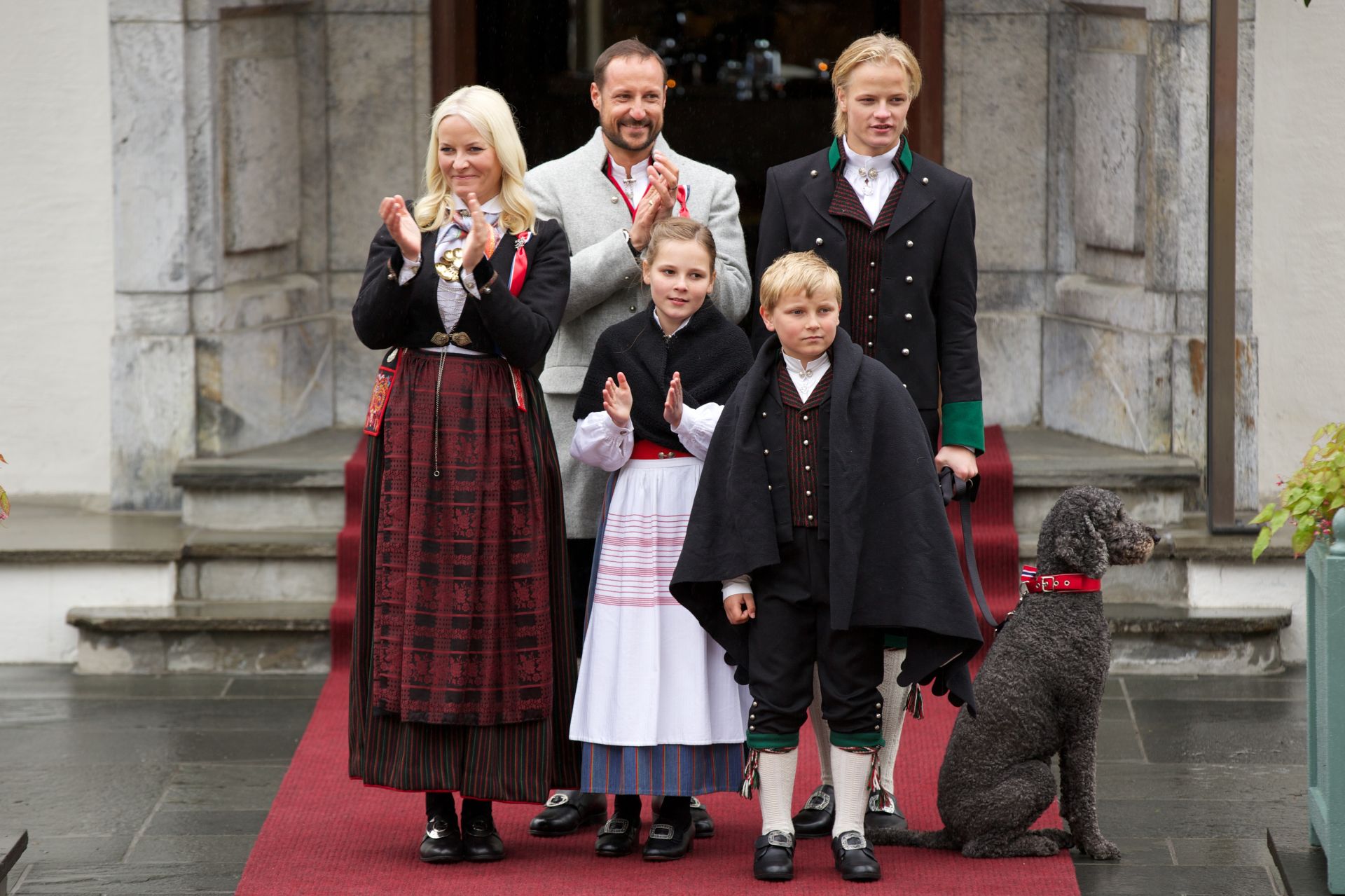 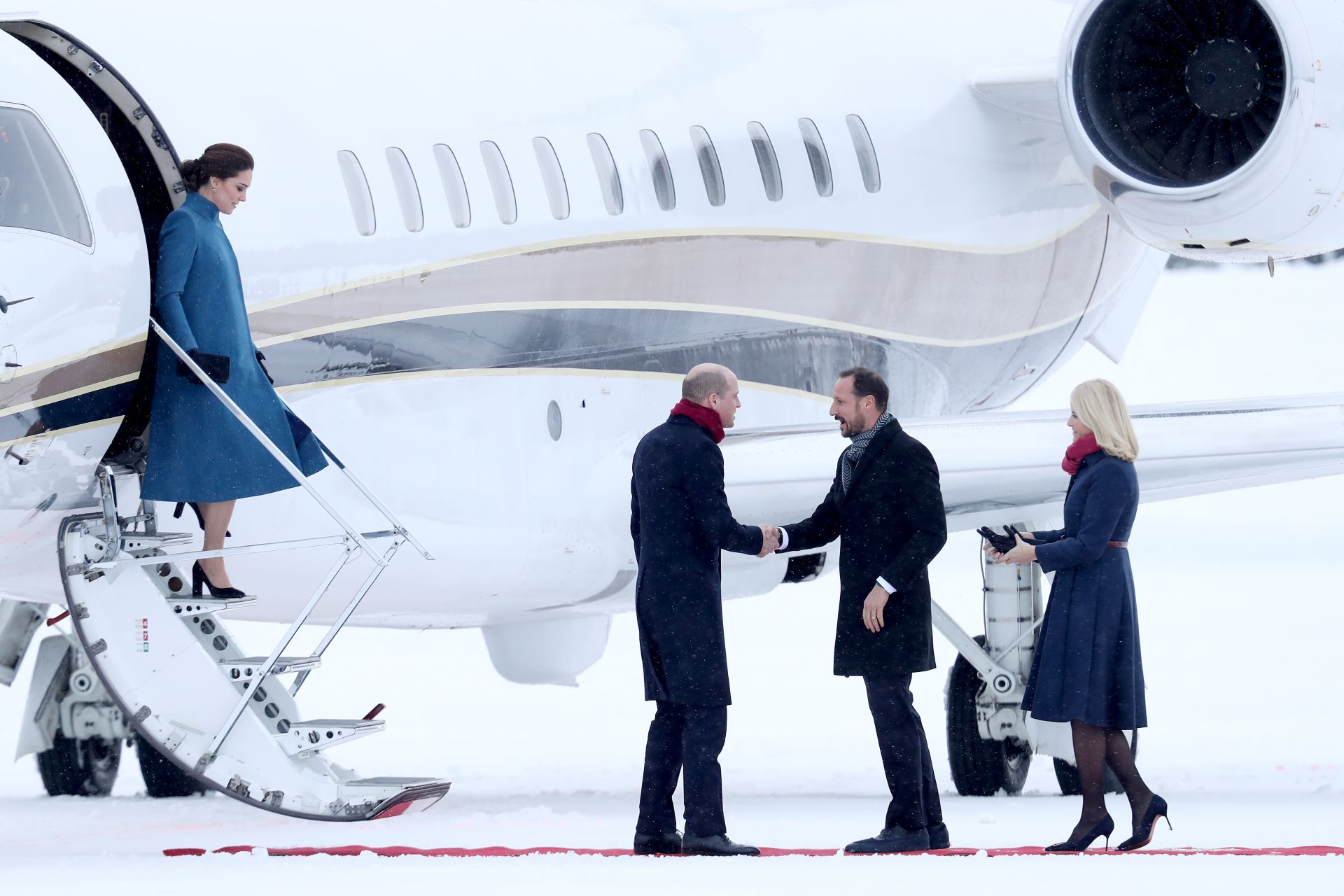 Crown Prince Haakon and Crown Princess Mette-Marit greeted the Duke and Duchess of Cambridge when they arrived in Oslo.
Chris Jackson/Getty Images
Advertisement 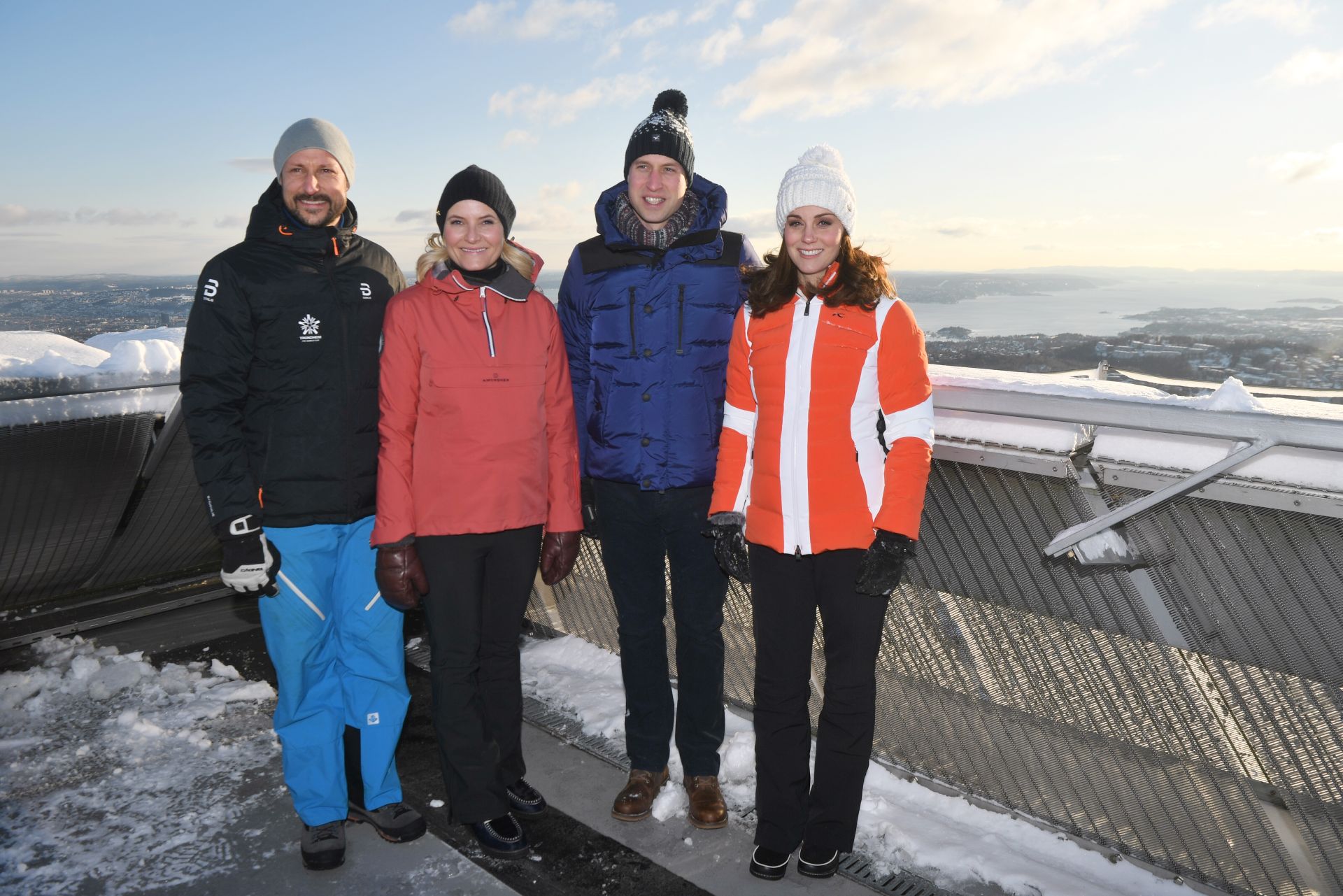 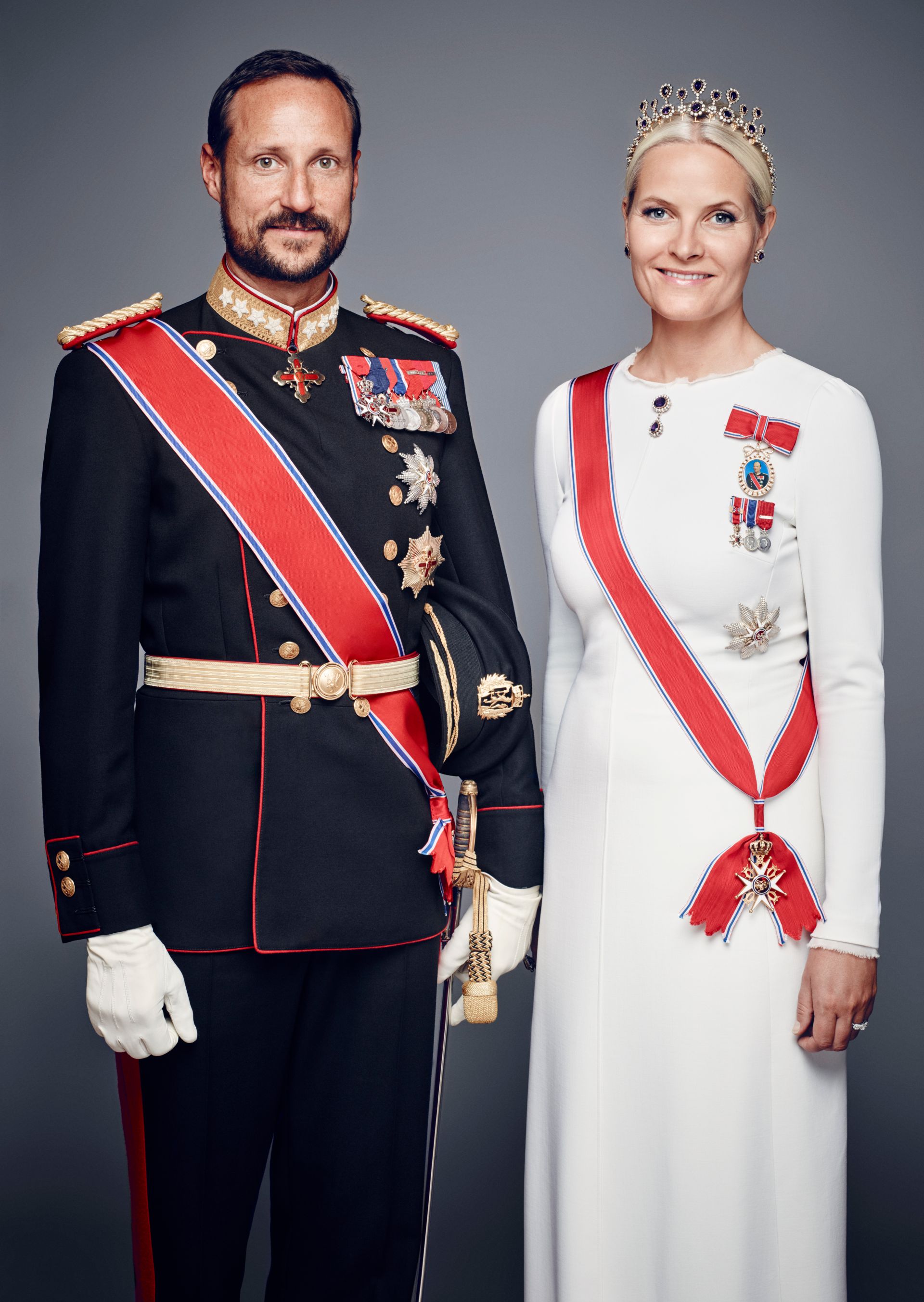 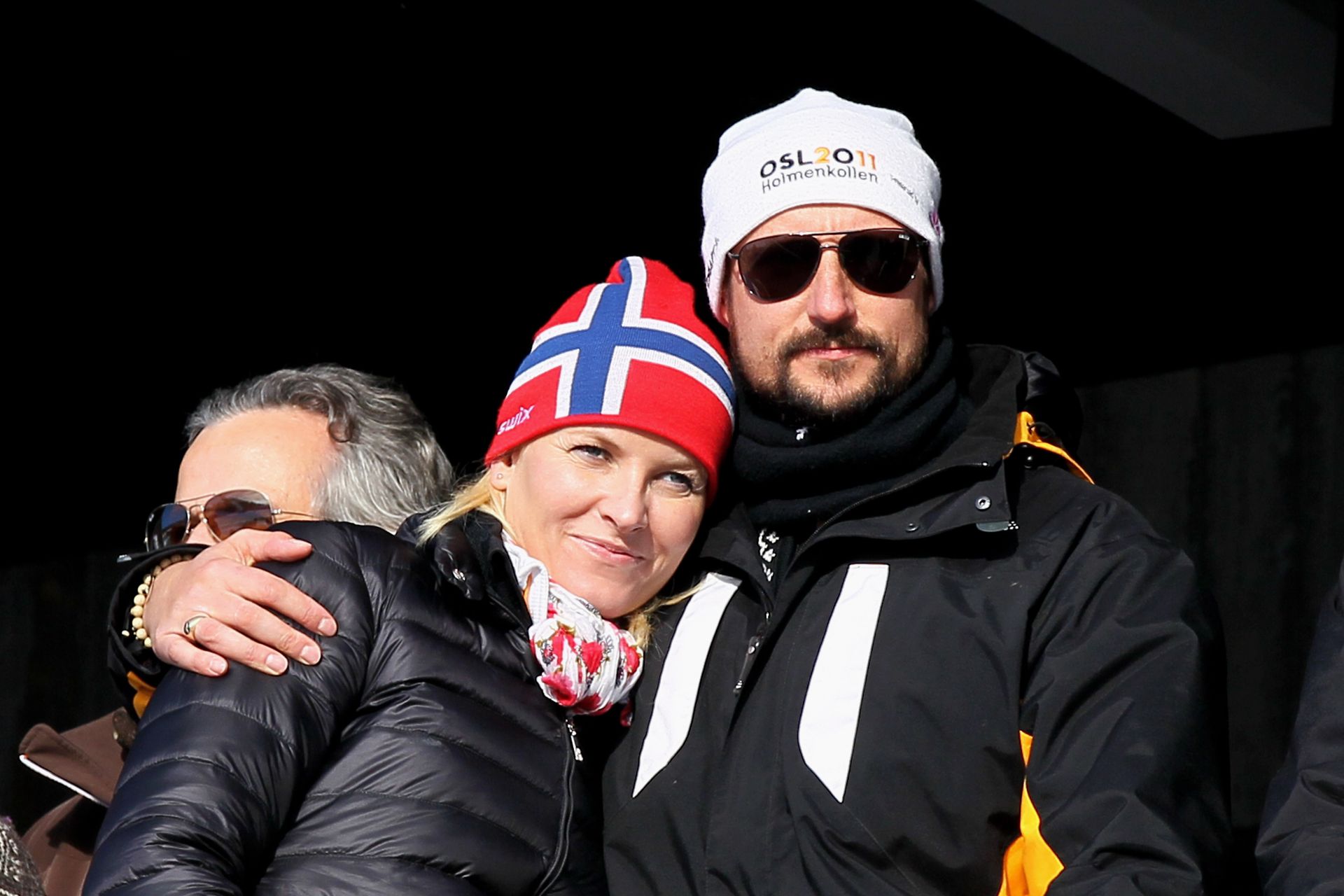 With her husband in Oslo in 2011 during the FIS Nordic World Ski Championships.
Christof Koepsel/Bongarts/Getty Images
Advertisement 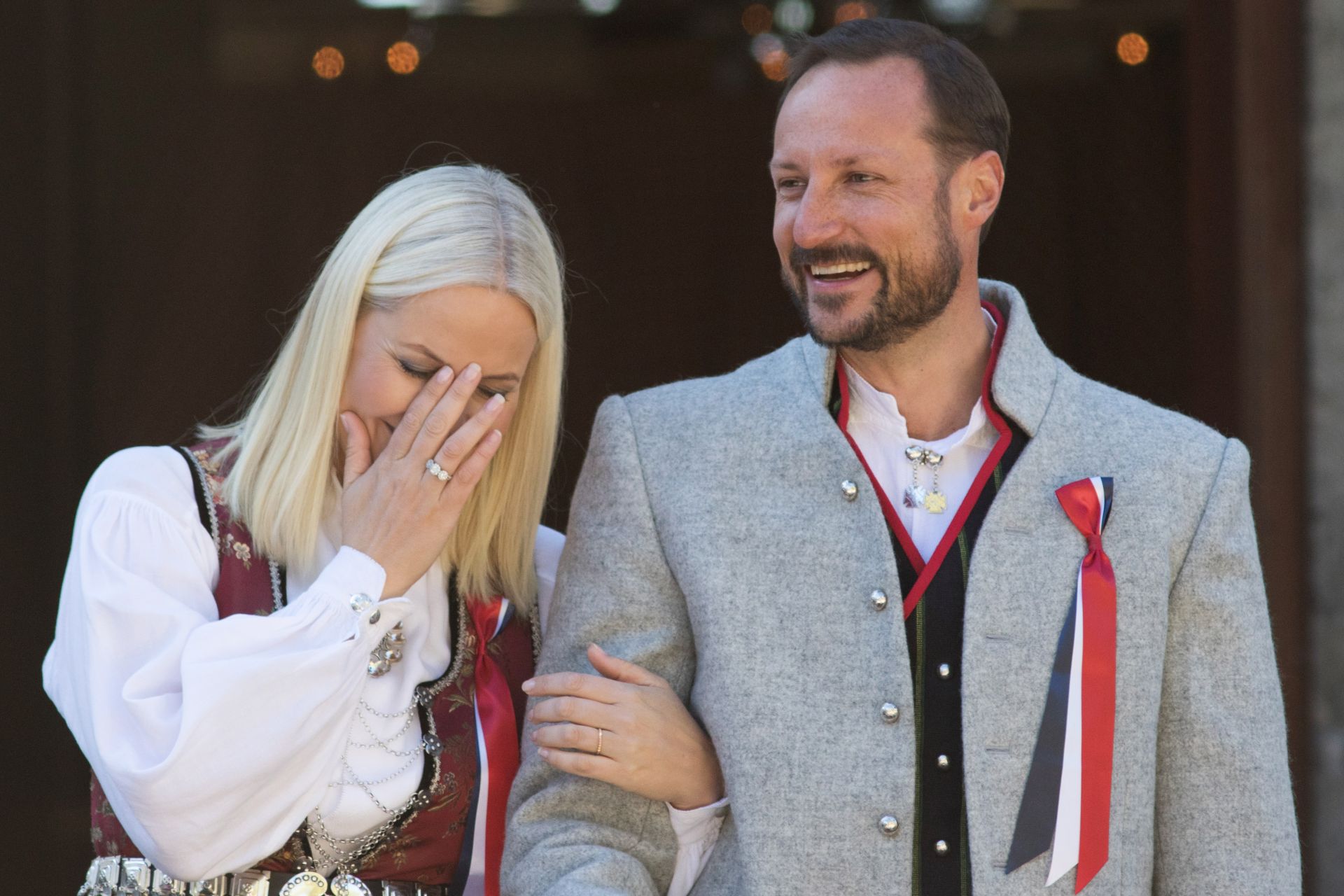 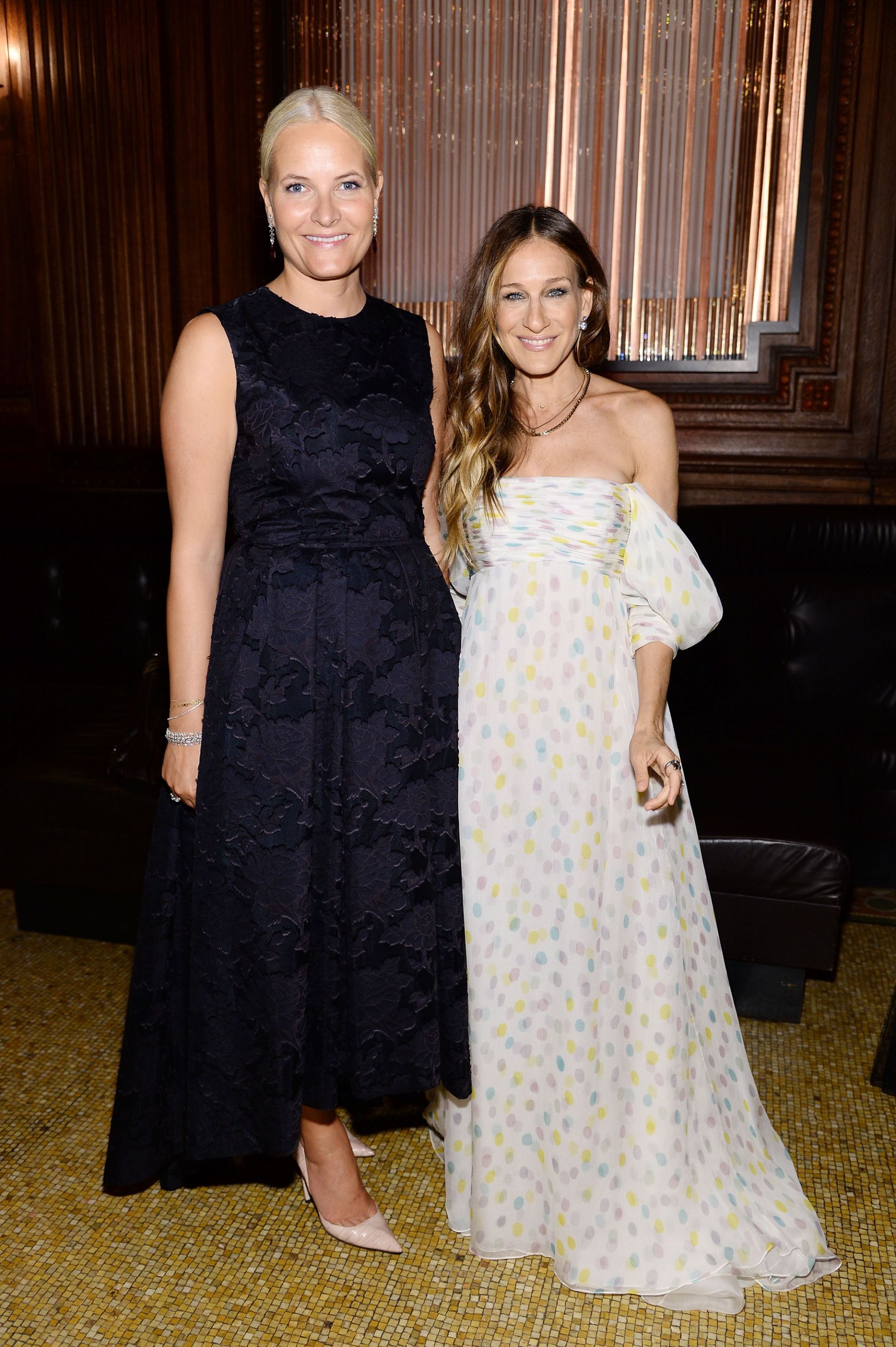 With Sarah Jessica Parker at the amfAR Inspiration Gala at The Plaza in 2014.
Dimitrios Kambouris/Getty Images 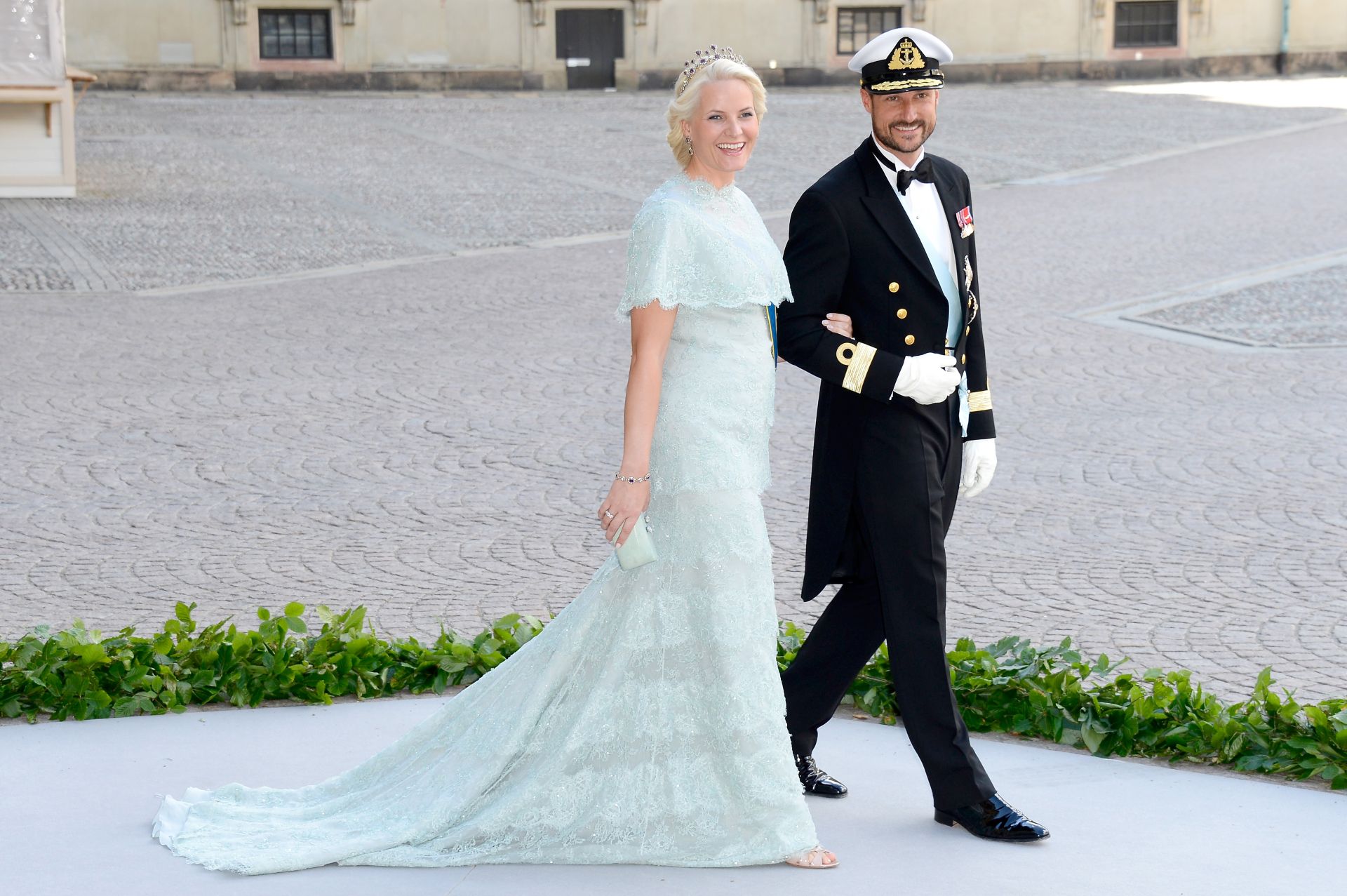 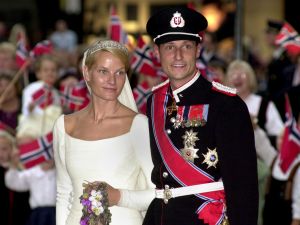 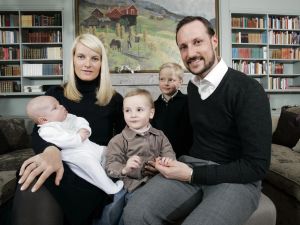 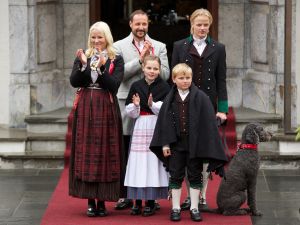 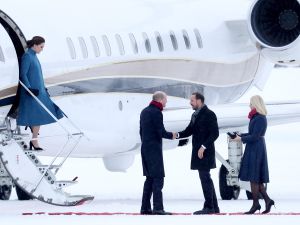 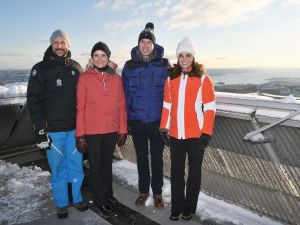 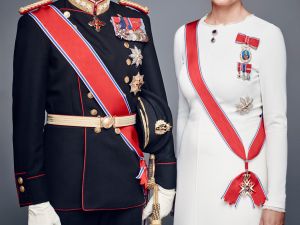 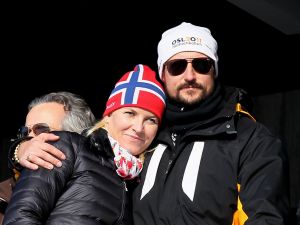 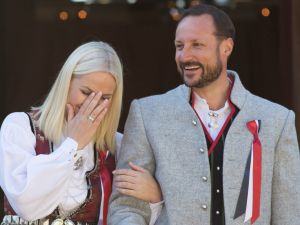 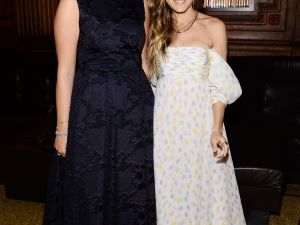 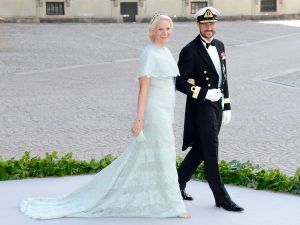 Mette-Marit, the Crown Princess of Norway, does not have your typical princess pedigree. The 44-year-old royal has admitted to a rather wild past, replete with drug use and an unsavory ex before marrying her husband, Crown Prince Haakon.

Born Mette-Marit Tjessem Hoiby, she married Prince Haakon, a great-great-great grandson of Queen Victoria, when she was 28, after living together for a year. Princess Mette-Marit first met the prince at Norway’s largest music gathering, Quart Festival, but they didn’t start dating until a few years later.

Before they met, she spent time at raves and briefly worked as waitress. The future princess’ raucous past began after her parents’ divorce, when her father married a much younger retired stripper. Then came her relationship with her son Marius Borg Høiby’s father, who was convicted of violence, drunk driving and cocaine possession.

Now, her eldest son lives in California, where he surfs and posts dramatic black-and-white selfies on social media. But despite his love of Instagram, he officially quit public life behind when he moved stateside. Perhaps he’s trying to avoid repeating his mother’s youthful indiscretions, although he had a few of his own on the way.

These days, the Crown Princess is far less controversial, especially after giving birth to two heirs, Princess Ingrid Alexandra, 14, and Prince Sverre Magnus, 12. Her wild days are long over, and she was last in the news when the Duke and Duchess of Cambridge embarked on a royal trip to Norway.

Scroll through to see the Crown Princess of Norway through the years, from her marriage to her life with her children.