Country music singer Daryle Singletary passed away in his Tennessee home on Monday. He was 46.

His publicist confirmed his death to Variety though an official cause of death has not yet been made public. A representative of Singletary told Fox News that an exact cause of death “is pending.”

A YouCaring campaign has been created for his family and funeral expenses.

His passing comes as a surprise to fans, who enjoyed live performances from the musician as recently as Friday and Saturday. He was scheduled to appear in Hickory, North Carolina this upcoming Thursday night.

Singletary was a Georgia native who first became involved in music as a child, singing gospel with his brothers and cousins. In 1990, he moved to Nashville and worked the local nightclub circuit before being signed by Evergreen Records in 1992.He released his debut album in 1995.

The album included three of the biggest hits of Singletary’s career: “I Let Her Lie,” “Too Much Fun” and “I’m Living Up to Her Low Expectations.”

“There are still people out there who want to hear traditional country music,” reads a quote on Singletary’s website. The singer is also quoted as saying, “I’ve been fortunate to be able to always keep it real and not have to compromise.”

He is survived by his wife, Holly; two sons, Jonah and Mercer; two daughters, Nora and Charlotte; his parents, Roger and Anita Singletary; and his brother Kevin Singletary.

Sad day…the greatest country voice of my time is now singing in Heaven’s band. Gonna miss you @Darylesing ! Now show them how a good ol country shuffle is supposed to sound! #darylesingletary pic.twitter.com/3mBhbdONIx

Just got word that Daryle Singletary has passed away.
Rest in peace Buddy, you sang country like country should be sung.

My good friend and one of the best pure country singers if not the best, Daryle Singletary passed away this morning. God’s choir just got a lead singer!!!

Rough morning for me. One of my favorite singers, Daryle Singletary, has passed away this morning unexpectedly. He’s the one who convinced me to move to Nashville. Praying hard for his family✝️Love you Daryle

Sorry to hear that a great country voice has passed away. God bless you Daryle Singletary. RIP 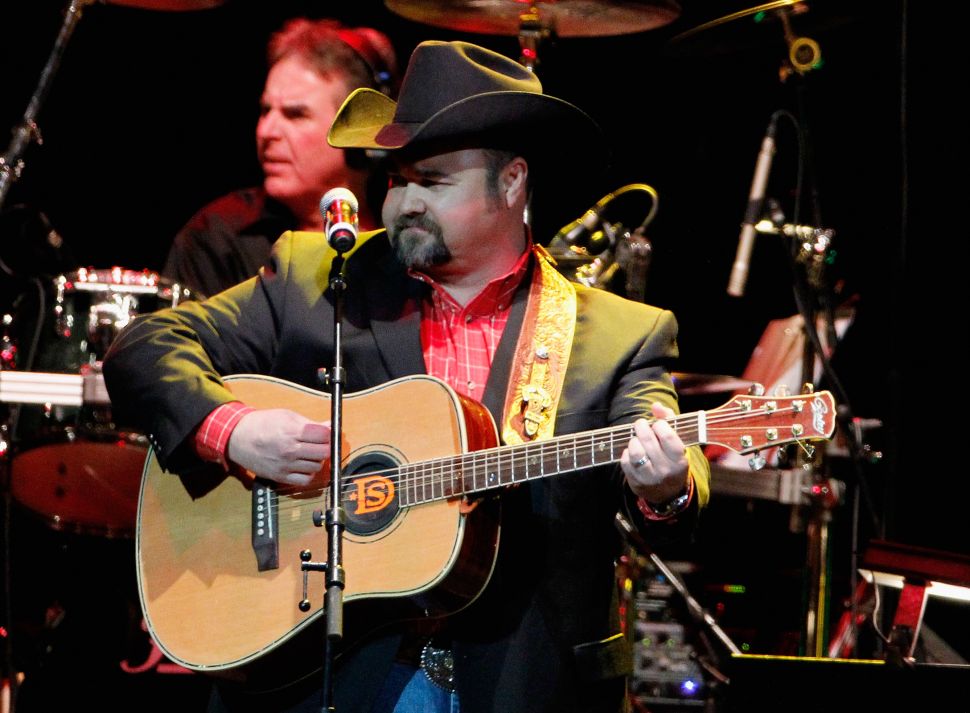 Filed Under: Entertainment, Music, Daryle Singletary, Cause of Death