After NYPD Sergeant Hugh Barry was acquitted in the deadly shooting of Bronx woman Deborah Danner, an emotionally disturbed person (EDP), elected officials and advocates are calling for reforms that eliminate interactions between cops and EDPs.

Hugh Barry, an eight-year NYPD veteran, was found not guilty of murder, manslaughter and criminally negligent homicide in connection with shooting Danner, 66, after a brief stalemate in her bedroom in the Castle Hill section of the Bronx. Barry is still on the police force and suspended without pay.

Barry testified he shot Danner in self-defense because she swung a baseball bat at him. But his testimony was contradicted by another officer, who testified that Danner did not swing the bat at him.

At the time, Police Commissioner James O’Neill said the officer did not follow procedures for handling EDPs. Barry was stripped of his gun and badge. Mayor Bill de Blasio praised O’Neill for stating “how wrong it was.”

O’Neill acknowledged the court decision but maintained Danner’s death is not “any less tragic.”

“The NYPD has a responsibility to train and equip our officers to handle the many challenges they face, and to ensure our response to calls for service are measured and appropriate,” he said in a statement. “The NYPD’s disciplinary review of the tactical decisions leading to the discharge of a firearm in this case will now proceed.”

The mayor’s office did not immediately respond to a request for comment on Thursday.

Brooklyn Councilman Jumaane Williams told Observer he was disappointed but not surprised by the verdict.

“They haven’t been very good on accountability,” Williams said. “I was impressed with the commissioner and the mayor on their original statement when this happened. I think that was very helpful, but when it comes to true accountability on it, we haven’t seen much movement.”

In August 2017, Williams asked the mayor to form a task force to investigate NYPD protocol for dealing with EDPs. He noted that while the mayor agreed to a task force after initially rejecting his request, he has yet to do it. Williams hopes he will “do it quickly.”

The councilman is working on legislation that would establish a different phone number people can call for EDPs—similar to 311, 411 and 911.

“We need to work out a response that’s not so law enforcement heavy… maybe the first interaction [would be] with people who are trained to do this,” Williams continued.

In 2014, the mayor announced a task force to address mental illness and substance abuse in the criminal justice system. In June 2015, the Police Department accepted the Crisis Intervention Team (CIT) training, which trains cops on how to interact with EDPs by showing them mental health specialist practices.

Carla Rabinowitz, advocacy coordinator for Community Access—a nonprofit that assist individuals with mental illness and was instrumental in getting the NYPD to adopt CIT—told Observer there have been nine deaths in EDP police encounters since June 2015. The last five deaths started in July 2017.

Rabinowitz insisted the CIT training is “not enough,” noting trained officers do not go to the scenes of the calls—and that most of the escalation happens within the first four minutes of an EDP call. She called on the NYPD to create a system to ensure that only newly trained officers respond to the scene.

“The calls will go from the 911 operator to a precinct where the incident’s happening, where the EDP incident is happening,” Rabinowitz said. “That sergeant of the precinct then has to find a CIT officer, get that CIT officer off their call and bring them over to where the crisis is happening.”

The CIT training currently exists in more than 3,300 counties, according to Rabinowitz. The training started in Memphis, Tennessee and is also used in San Antonio and Los Angeles.

She urged the mayor to revive his 2014 task force and expressed support for Williams’ legislation.

“A different call-in where you have social workers picking up those calls, that would be phenomenal,” Rabinowitz continued. “Diversion is usually used for the mental health community but anything we can do to divert police from answering these calls.”

Tina Luongo, attorney-in-charge of the criminal defense practice at the Legal Aid Society, told Observer she was “outraged” by the decision because the neighbors who made the 911 call wanted Danner to get help.

She added that while New York Attorney General Eric Schneiderman has the authority to investigate police-involved shootings of unarmed individuals, he did not probe Danner’s case because it did not fit within his jurisdiction.

“We need a law that codifies the AG taking all police killings because the other thing that the AG would be responsible for there is really where the proper venue and jurisdiction is for these cases,” Luongo said. 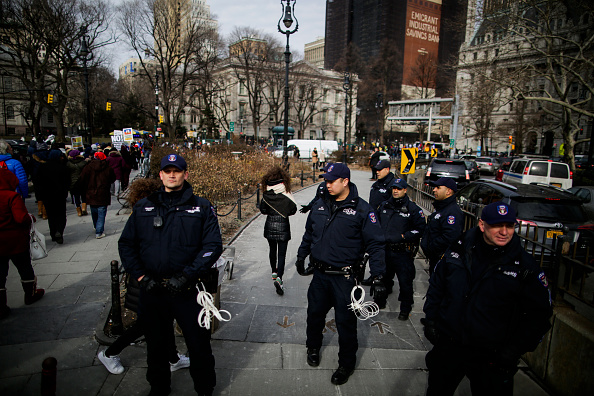