“I’m concerned that our increasing, fractious political process, particularly with respect to federal spending, is threatening our ability to properly defend our nation,” explained Coats. “Both in the short term and especially in the long term. The failure to address our long-term fiscal situation has increased the national debt to over 20 trillion [and] growing. This situation is unsustainable.”

Citing former Chairman of the Joint Chiefs of Staff Mike Mullen as the first military leader to identify the national debt as “the greatest threat to our national security,” Coats explained that leaders from both political parties—including former Secretaries of State Henry Kissinger and Madeleine Albright—have since made it a priority to resolve the crisis.

“Our current defense secretary Jim Mattis agrees with this assessment,” added Coats. “I would urge all of us to recognize the need to address this challenge and take action as soon as possible before a fiscal crisis occurs that truly undermines our ability to ensure our national security.”

The director’s remarks come just one day after President Donald Trump submitted a budget proposal that could add up to $7 trillion in debt over the next decade—and less than a week after Congress agreed to a budget that adds $500 billion to the national debt, the majority of which goes to defense spending. 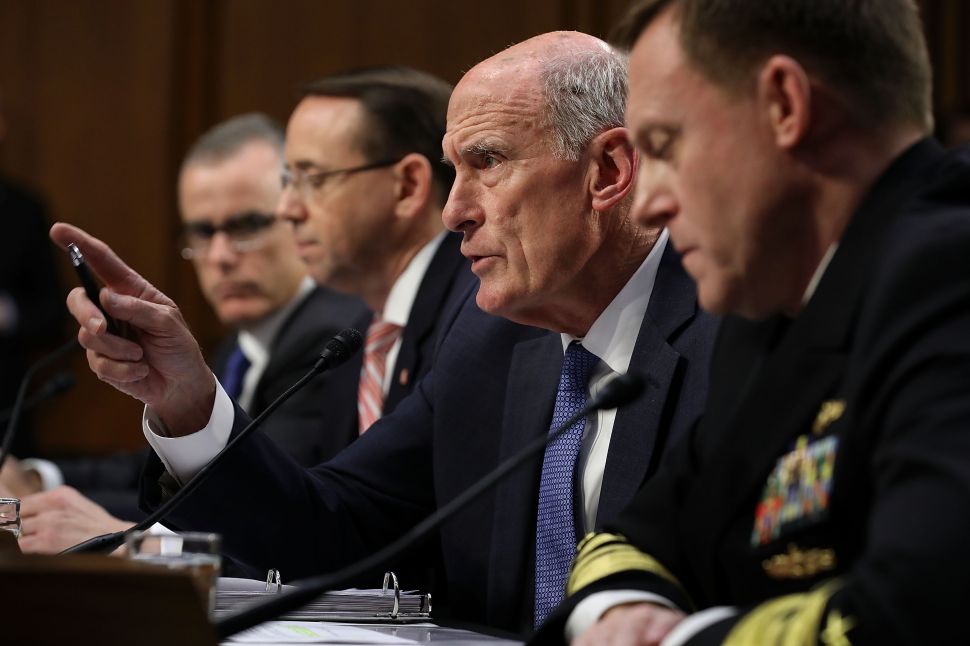