In a letter obtained by The Washington Post slated to hit the president’s desk on Monday, 18 senators expressed deep concern over “miscalculation and retaliation” that could result from such an attack.

“Tensions on the Korean Peninsula are as high as they’ve ever been,” wrote the senators. “While we must always be ready to respond with decisive action to a North Korean provocation, it would be extremely irresponsible to instigate military conflict prior to exhausting every diplomatic option… without congressional authority, a preventative or preemptive U.S. military strike would lack either a constitutional basis or legal authority.”

Congressional aides told the Post that the letter came following reports that Victor D. Cha, the White House’s first choice for ambassador to South Korea, would not be nominated—despite receiving approval from the South Korean government. After raising concern to National Security Council officials over their consideration of a preemptive strike against North Korea, Cha wrote an op-ed for the Post claiming such an attack would “exacerbate” the “threat of proliferation.”

“We ask that you provide a clear reasoning and justification for his removal from consideration,” the senators said in their letter, calling Cha’s derailment from the ambassador position “disturbing.”

Although the United States and South Korea agreed to suspend joint military exercises on the peninsula until after the Winter Olympics, the White House is reported to be pushing the Pentagon for military strategies against North Korea. 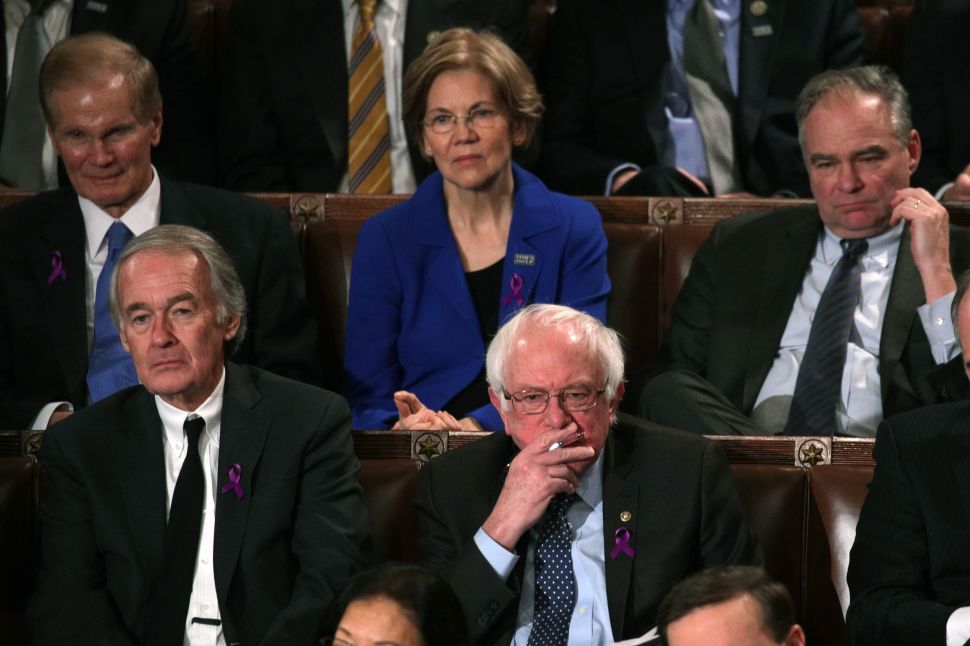