Luxury goes far, but now, it’s going places it has never been before.

In today’s global climate, it’s hard to believe that there are still a handful of secluded destinations that have only just been claimed by a luxe hotel. For the adventurous vacationer—especially the one that wants to impress their circle of well-traveled friends—these spots make for the perfect getaway.

That includes the Taj Exotica Resort & Spa, the first five-star resort to open within India’s Bay of Bengal and the Mukan Resort, which opened last month in Tulum’s tropical biosphere reserve of Sian Ka’an. Here are seven new and upcoming places where luxury is a totally new concept. If you book quick, you’ll get there before anyone else.

Hotels abound at its doorstep, but the Sian Ka’an, a UNESCO biosphere reserve in Tulum—which ranks among Mexico’s largest protected areas—embraced its first luxury property with last month’s opening of Mukan Resort. The hotel’s best accommodations are the four raised bungalows, each surrounded by palm trees and views of the Caribbean Sea—one of which even comes with an open-air splash pool. This is where nature and luxury truly become one entity.

High-end accommodations have finally gone bicoastal in Bali. Just a few weeks old, COMO Uma Canggu opened the first truly high-end hotel along the island’s southern coast. Keen to command the island, where the brand already operates two properties, the 199-room resort stretches across 2.2 miles within Canggu, a sleepy surfer town. While the coastal locale is distinctly laid-back, COMO has taken it up a notch—a dozen three-bedroom penthouse bookings each come equipped with their own 10-meter pool.

Making a splash on Radhanagar Beach, the Taj Exotica Resort & Spa, Andamans is the first luxury debut in the Bay of Bengal island chain—only a small percentage of which are even inhabited. If the resorts’ 1,580-square-foot villas aren’t quite supreme enough, an 8,000-square-foot presidential suite leads the pack with a 164-foot infinity pool and access to a private beach.

The Mitchelton Hotel and Spa, Nagambie

It’s only fitting that Australia’s caravan magnate, Gerry Ryan, would seek untapped terrain for his brand-new luxury hotel. After a 90-minute drive (or caravan ride) from Melbourne, The Mitchelton Hotel and Spa brings the first taste of modern luxury to the town of Nagambie. Located in the Goulburn Valley, a rolling countryside best known for agriculture, the climate here is ideal for growing fruit—specifically, wine grapes.

The hotel sits on a vineyard first planted in 1969, banked on the Goulburn River with 58 rooms that soak in the rural surroundings, featuring expanses of dramatic stone, plump leather couches and charcoal linens. Besides a new spa and the estate-made wine, an outpost of Ministry of Chocolate crafts a handful of items to sweeten the deal, like the chocolate-coated honeycomb.

Manhattan’s luxury landscape is rarely shy about crossing borders (except when it comes to Staten Island). But in May 2018, the buzz will cross the Buttermilk Channel when Collective Retreats will bring their glamping expertise to Governors Island. It’s not only the style-driven glamp’s first urban outpost, but it’s the first time the Trust for Governors Island will indulge overnight, seasonal accommodations with an upmarket brand. Collective Retreats has staked out a “previously untouched” corner of the island for its signature canvas tents, allowing snap happy guests to document their slumber beneath the gaze of the Statue of Liberty.

It’s a wonder that no hotel has yet to open on Cape Fahn. At low tide, travelers can stroll across the 200-meter strait from Koh Samui, Thailand’s second largest island. Cape Fahn Hotel, an upcoming member of Small Luxury Hotels of the World portfolio, will do just that (albeit by way of a short ferry) once it opens in June. The private island will house just 22 villas, the best of which perch in the treeline along the island’s craggy coast and feature bedrooms with private infinity pools that overlook the Gulf of Thailand. 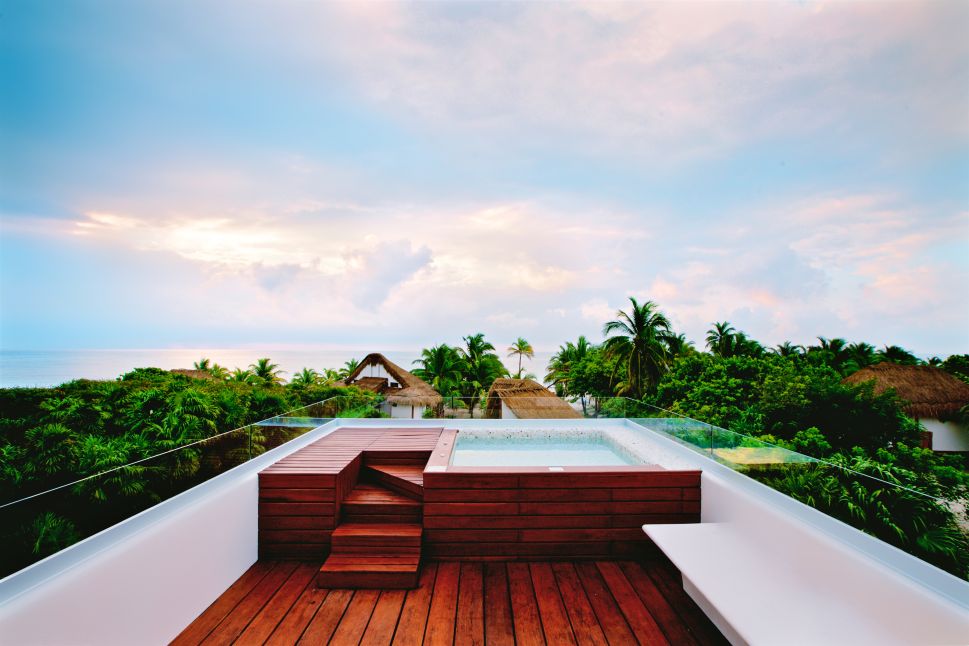