“It’s earth-shaking, it’s worse than Watergate,” went the Republican hype. “A hundred times worse” than the abuses of power that sparked the American Revolution, asserted another Trump flack, breathlessly. So went the right-wing talking points right up until 24 hours ago.

In response to the right-wing firestorm created by the #ReleaseTheMemo social media campaign, which was fueled by Fox News hyperventilation, yesterday President Donald Trump released “the memo.” All week, cognoscenti in our nation’s capital spoke of little else but the Top Secret four-page memo written by the staff of Rep. Devin Nunes, the Republican chair of the House Permanent Select Committee on Intelligence, to muddy the waters around the White House’s secret Kremlin connections. The anticipation built around the memo was extraordinary, with the FBI and Democrats alike protesting its looming release. Which President Trump, true to form, did anyway.

Everybody has seen the memo now, and for anyone familiar with how our Intelligence Community operates, there’s remarkably little there.

On cue, the same right-wing echo chamber that demanded the memo be released are beating their chests in victory. Sean Hannity, the designated Trump superfan over at Fox News (despite, or perhaps because of, his recently outed secret ties to WikiLeaks) promptly hailed it as “Absolutely shocking. It is stunning. Now this is the biggest abuse of power, corruption case in American history.” He asserted the “bombshell” memo’s “irrefutable proof of a coordinated conspiracy to abuse power by weaponizing and politicizing the powerful tools of intelligence by top-ranking Obama officials against the Trump campaign, against the Constitution, and against your Fourth Amendment rights.” For good measure, Hannity added that criminal charges against Trump intimates Michael Flynn and Paul Manafort now must be dropped.

Hannity perfectly encapsulated the narrative that the Trump White House has pushed for over a year: that a sinister “deep state” run by Obama-legacy bureaucrats illegally spied on the Trump campaign and are now trying to stage a coup against the president. Fox News has breathlessly pushed this line, Hannity especially, to applause from ardent Trump fans. That such propaganda bears startling resemblance to disinformation peddled by the Kremlin can no longer be brushed off as coincidence.

Also, none of it happens to be true.

At the heart of “the memo” is its unsubstantiated assertion that before the 2016 election the FBI relied upon the infamous Trump dossier assembled by Christopher Steele to obtain warrants to spy on members of Team Trump. However, close reading of the Nunes memo shows that argument to be entirely wrong.

According to Team Trump, this was an illegal act against a perfectly decent American citizen who had done nothing wrong. In the memo’s telling, complete with vague hints of dark conspiracies, this fraudulent use of FISA, driven by the politically motivated Steele dossier, against Carter Page was the false pretext for the entire KremlinGate inquiry into the president and his ties to Moscow.

Except that narrative is debunked by the Nunes memo itself. The memo never explains why, if the FBI was so determined to prevent Donald Trump’s election, it waited until less than three weeks before the vote to get a FISA warrant. Moreover, in its last paragraph, the memo brings up the matter of George Papadopoulos, another Trump campaign advisor, who in May 2016 got drunk at a London bar and bragged to Alexander Downer, Australia’s top diplomat in Britain, that the Russians had stolen thousands of Hillary Clinton’s emails and wanted to hurt the Democratic candidate’s presidential campaign with them.

Downer reported that jaw-dropping conversation to Australian intelligence, which shared it with American spy-partners. Action followed. As the memo states, “The Papadopoulos information triggered the opening of an FBI counterintelligence investigation in late July 2016 by FBI agent Pete Strzok.” In other words, the FBI was looking into Team Trump’s possible connections to the Kremlin at least three months before the Bureau sought a FISA warrant to spy on Carter Page.

Relying on Page to “prove” Intelligence Community malfeasance, then, makes no sense—not to mention that he cuts a strange figure even by Trumpian carnival barking standards. For years, Carter Page floated on the fringes of the Russia scene, trying to break in yet never quite making the big time. He was known for his blatantly pro-Kremlin positions, stated publicly, and was viewed as a figure of fun by serious Russia-watchers. With his oddball television performances, strange fashion choices, and frequently nonsensical utterances, Carter Page is the Brick Tamland of KremlinGate.

Given the enormous hype created about the Nunes memo, its four pages amount to what President Trump’s Oval Office predecessor liked to call a “nothingburger.” There are numerous assertions without proof, and the memo’s core argument contradicts itself. It is a fraud, based on a highly selective storyline, particularly about Carter Page and “his” FISA warrant.

The memo does not explain what other information the FBI supplied to the FISC to obtain a FISA warrant for Page. Neither does it mention that four different Federal judges saw that information and approved the warrant and three renewals. Above all, the memo does not reveal the most important fact of all—that Carter Page had been of interest to the FBI for years due to his known connections to Russian spies.

In 2013, Page got on the radar of FBI counterintelligence thanks to his connections to a ring of New York-based operatives of Russia’s Foreign Intelligence Service or SVR. Those three spies—two who were posing as Russian diplomats and a third Illegal who was masquerading as a businessman—were gathering intelligence on Wall Street until they were exposed in January 2015. The two Legals fled the country prior to their arrest while the SVR Illegal, Evgeny Buryakov, was taken into custody. Buryakov admitted he was a spy and was sent back to Russia a little over two years later.

Carter Page was an operational target of that SVR ring. As court documents reveal, Page wanted to be a player and made himself available for recruitment by the Russian spies. The SVR sensed that he was a poseur—one of the Russians called Page “an idiot”—yet they maintained operational contacts with him. The FBI talked to Page to ascertain his agenda; he was assessed as a less-than-loyal American, based on his clandestine links to the SVR.

It’s no surprise then, that when Page popped up in the Trump campaign in 2016, the FBI thought he merited another look. That a wannabe SVR agent landed in the middle of Team Trump would not look like a coincidence to any seasoned counterintelligence officer. This is the true context of what happened with the Intelligence Community and Carter Page in 2016, which is entirely absent from the Nunes memo. Since Page’s dalliances with Russian intelligence have been reported in the media, it needs to be asked why HPSCI Republicans omitted these facts from their memo.

Indeed, Nunes added fuel to the fire by stating yesterday on Fox News, “The only area that I am familiar with that we left out would be the history of Carter Page… I don’t believe somebody like Mr. Page should be a target of the FBI.” It seems the HPSCI chair has discovered a Constitutionally-protected right to work clandestinely with a hostile foreign intelligence service against the United States, a right that has never been detected by any actual law experts. To make matters worse, Nunes also admitted that he never actually read the FISA warrant applications that form the cornerstone of his diatribe against the FBI.

The memo, then, is no more than a cynical put-up job by Republicans bent on protecting President Trump from Special Counsel Robert Mueller’s investigation of Kremlin ties to the White House, no matter the cost and with utter contempt for the facts. The damage to bipartisan congressional oversight of our spy agencies wrought by Devin Nunes and his minions is real and potentially lasting, as I recently warned.

To sum up, the GOP’s FISA memo is disinformation, to use the proper espionage term, and it’s not even a good job of it. The Nunes memo further undermines Team Trump’s fraudulent assertions about 2016. If this inept effort was the vaunted “silver bullet” designed to rescue Donald Trump from the Mueller inquiry, the president is in deep trouble indeed. 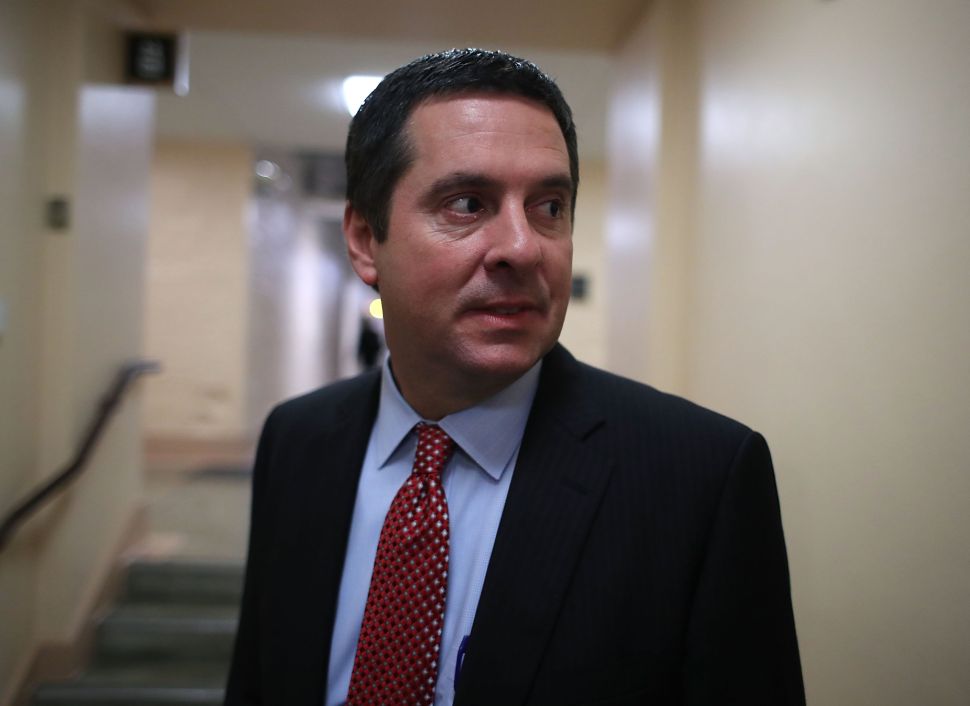