“I think he’s an empty vessel when it comes to things like the Constitution and rule of law,” Pruitt said on the local Oklahoma radio show Exploring Energy. “I’m very concerned that perhaps if he’s in the White House, that there may be a very blunt instrument as the voice of the Constitution.”

Pruitt has worked to dismantle environmental policies put into place by former president Barack Obama—despite previously claiming that Trump would abuse the Constitution more than the previous administration.

“This president, the one we have there now, has at least tried to nuance his unlawfulness,” said Pruitt during the Exploring Energy interview while discussing Obama. “He at least sits back and says, ‘How do we break the law and so, where it’s really tough to show that we have?’ I’m not sure that Donald Trump would.”

Pruitt denied ever discussing Trump as a danger to the Constitution when asked about other statements made against the president that surfaced earlier last week.

“After meeting him, and now having the honor of working for him, it is abundantly clear that President Trump is the most consequential leader of our time,” Pruitt told CNN. “No one has done more to advance the rule of law than President Trump. The president has liberated our country from the political class and given America back to the people.”

“We just need to make sure that we get somebody in there that respects the Constitution, respects the rule of law, that restores the proper balance between the states and federal government,” Pruitt said. “I have great confidence Jeb Bush would do that. I have confidence that others would as well, but the time I spent with him, he’s the most humble person I met, and we need more humility in the White House and less hubris.”

Despite calling Trump an “empty vessel” on “the Constitution and rule of law,” Pruitt now heads the EPA under his administration. Both Pruitt and Trump dismantled environmental institutions in 2017, the hottest year on record reportedly due to climate change. 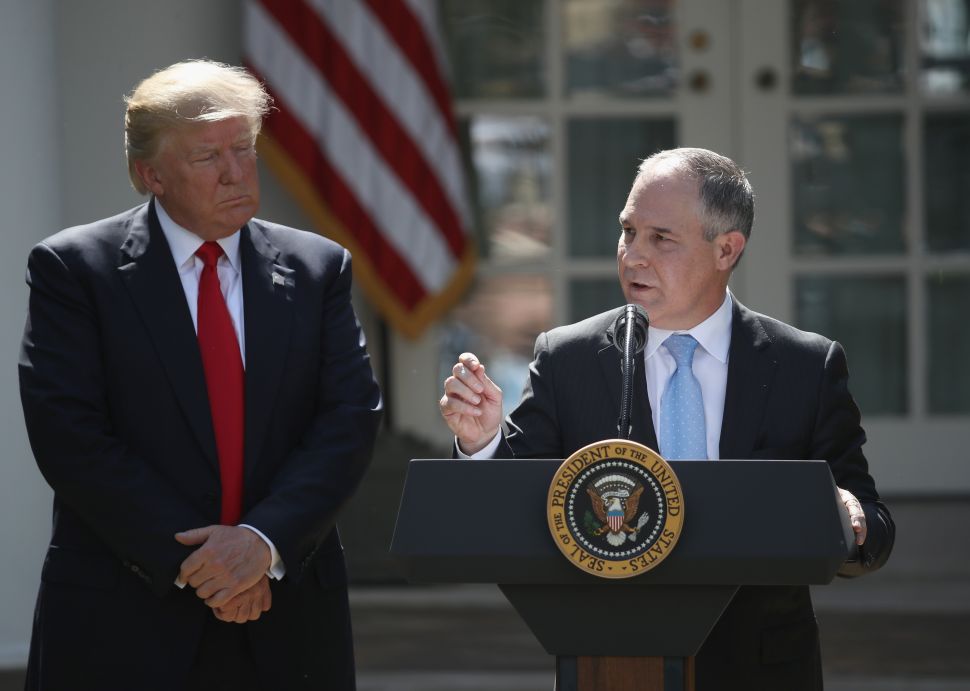