In the last five years, the European Union’s antitrust law enforcers have probed all of the “big four” tech companies in the U.S.—Google, Amazon, Apple and Facebook.

Apple is currently under an investigation by the European Commission (EC), the EU’s law enforcement agency, on its planned acquisition of the U.K.-based song recognition company Shazam.

Last year, Germany’s antitrust regulator probed Facebook for having its users sign an agreement to give up control over their personal information on the platform.

That same year, the EC fined Google a record $2.73 billion for manipulating its search engine to show Google Shopping high up in the search results while demoting rival services.

In 2015, Amazon went under an EU probe over a set of licensing contracts with Europe’s e-book publishers that were deemed unfair.

In contrast, these American tech giants rarely have to deal with the EC’s counterparts on their homeland, the Federal Trade Commission (FTC) and the Department of Justice’s (DOJ) Antitrust Division.

Even the hottest antitrust case at the DOJ at the moment, the AT&T-Time Warner merger, is increasingly looking more like a political fight than a business debate.

The antitrust laws in the EU and the U.S. are very similar, said George Hay, a law professor at Cornell University. Both systems tackle issues like exclusive contracts between firms that usually involve fixed price terms and mergers of large competitors, such as AT&T and Time Warner.

However, the two systems differ quite largely regarding one aspect—measuring what makes a bad monopoly.

“The American system is mostly focused on how you achieve a monopoly position and how you keep it,” Hay told Observer. “But it doesn’t punish bad behavior itself.”

“In the U.S., if you become a monopoly legally—for example, getting a patent on a drug—you can charge whatever you want, and you are allowed to make a lot of money,” Hay explained.

The EU system, on the other hand, cares more about whether a large company abuses its dominant position in an industry.

“[In the drug patent example], the EU worries the fact that you might be abusing your dominant position by charging people too much,” Hay said. “They are not questioning how you got your patent or whether the patent is valid, but that you are taking advantage of your patent to dramatically overcharge consumers. That will not be a cause of action in the U.S.”

Fox suggests that the U.S. approach makes it easy for large companies to eventually hurt consumers.

In the tech industry, for example, it has become a common strategy to offer innovative services for free or at a very low price during a company’s early stage, and then, when a company has grown to a size that’s difficult for new entrants to compete with, it raises prices.

Such price-gouging strategies have been used in by Amazon, YouTube (owned by Google) and Netflix, to name a few.

And, at that point, it’s often too late to stop a monopoly.

“It is a very large topic at play right now,” Fox said.

The FTC’s most recent antitrust probe involving the “big four” tech companies was a case with Google in 2007 on its $3.1 billion acquisition of advertising server company DoubleClick. After eight months of investigation, the FTC decided not to block the acquisition.

In 2013, a group of employees at Adobe, Apple, Google, Intel, Intuit, Pixar and Lucasfilm (the last two are subsidiaries of Disney) filed a class action lawsuit against their employers for having a “no cold call” agreement among them to not recruit talent from each other.

The U.S. District Court for the Northern District of California ruled in 2015 that such an agreement restricted normal competition for skilled workers. Adobe, Apple, Google and Intel settled the case by paying 64,000 class members $415 million in damages, and the other firms paid $20 million. 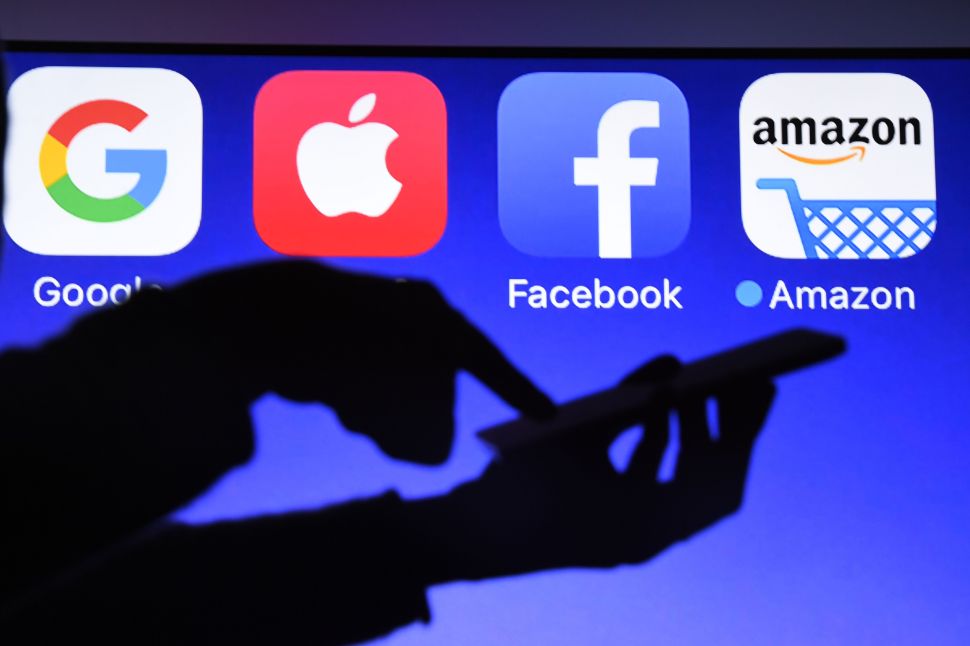