“During the run-up to the election, the Trump and Clinton campaigns bid ruthlessly for the same online real estate in front of the same swing-state voters. But because Trump used provocative content to stoke social media buzz, and he was better able to drive likes, comments, and shares than Clinton, his bids received a boost from Facebook’s click model, effectively winning him more media for less money,” Martínez wrote.

Facebook sells advertisements, which account for 98 percent of its total revenue, through an auction system. (Google uses a similar system.) Unlike a simple auction system where the bidders with the highest offers win, Facebook’s auction model, in addition to offer amount, considers non-pricing factors that Martínez summed up as “how good a piece of clickbait (or view-bait, or comment-bait)” an advertisement is.

To accomplish this goal, Trump advertisers used a tool in Facebook’s ad package called Custom Audiences, which allows advertisers to upload a contact list they already have—usually people who they know will be interested in the ad—and then Facebook will show the ad on these people’s News Feed. That’s why you often see ads on your Facebook News Feed from businesses or brands that you’ve interacted with before.

As targeting tools like these perfect, Facebook can track you down, even without a phone number or email address; a speck of browsing history to a certain website that’s recorded in your browser cookie will suffice.

It works the other way, too.

If an ad receives a lot of negative signals—for example, when users choose to hide an ad from their News Feeds—per-impression cost goes up.

“In essence, Clinton was paying Manhattan prices for the square footage on your smartphone’s screen, while Trump was paying Detroit prices. Facebook users in swing states who felt Trump had taken over their News Feeds may not have been hallucinating,” Martínez wrote.

However, Facebook doesn’t believe that the platform is to blame for the election’s outcome.

“The auction system works the same for everybody. It affords equality of opportunity,” the company told Observer in a statement.

Facebook’s ad auction system largely depends on algorithms to handle campaign requests from over six million advertisers on the platform, although human staffers are involved when an ad campaign is denied and the advertiser wants to appeal the case.

Pressured by intensifying criticism on its role in promoting disinformation during political elections, Facebook has introduced a number of small tweaks to its advertising function in the last year. And yet, instead of revamping the auction model, a proven profit driver, Facebook’s remedy for a damaged democracy is informing its users more about advertisers.

In September 2017, CEO Mark Zuckerberg initiated a program that would allow Facebook ads “a higher standard of transparency than ads on TV or other media.” Currently under test in Canada, the program allows any user to view all the ads run by a certain advertiser by visiting its page.

In the scenario of the U.S. presidential election, a voter in a swing state who is targeted by the Trump campaign team, but not the Clinton team, still has a chance to see Clinton ads—if he or she clicks into the Clinton campaign’s Facebook page.

Facebook plans to expand the program to the U.S. later this year and eventually expand to global markets. 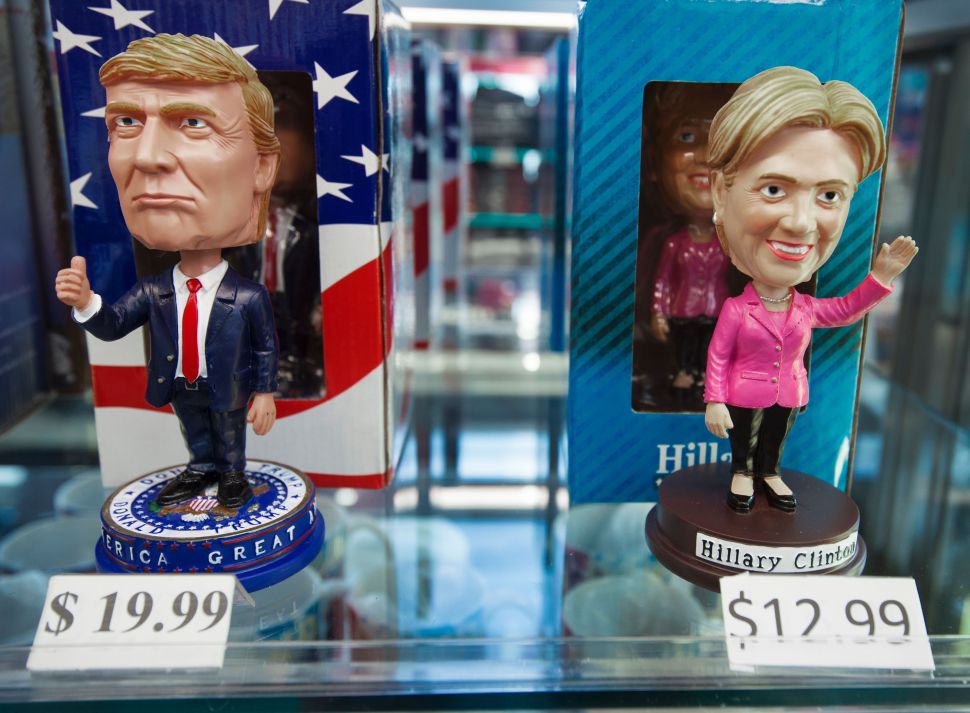