Fox’s Family Guy has long used the ambiguous sexuality of Stewie Griffin as a source of comedy, and finally, in season 16, the series will address the issue head-on.

Creator and star Seth MacFarlane has never been afraid to tackle any issue in the show’s run. In fact, Family Guy‘s controversial subject matter played a role in its cancellation after season three back in 2002. But the show was brought back by popular demand, and this upcoming episode will be the first time it deals with one of the most popular character’s romantic preferences.

TVLine recently reported that Sir Ian McKellen will guest-star on the show as the voice of Stewie’s therapist. Executive producer Rich Appel then told the outlet that Stewie’s sexuality will be one of the topics they discuss, though he noted to the outlet that it will only be “the tip of the iceberg.”

“It’s just a two-character episode with Stewie in his therapist’s office for the first time,” Appel said. “It’s a wonderful episode, and Seth’s performance is spectacular. They delve into all sorts of things you would think would come up in a therapy session with a boy like Stewie. When Stewie’s with his therapist, they pretty immediately address questions of sexuality. The episode covers that, and then goes to deeper issues for Stewie.”

Family Guy has now been going strong for an impressive 300 episodes and often nodded to Stewie’s potential same-sex interest without ever officially confirming it. It’s unknown if this new upcoming episode will take a definitive stance one way or another. According to Appel, the episode will run with limited commercials in March.

In recent months, fans have hit Family Guy with a spotlight for its accurate predictions of Hollywood sex scandals. Specifically, clips from 2005 and 2015 calling out Kevin Spacey and Bryan Singer, respectively, have made the rounds.

Family Guy will return to Fox with new episodes on Sunday, March 11. 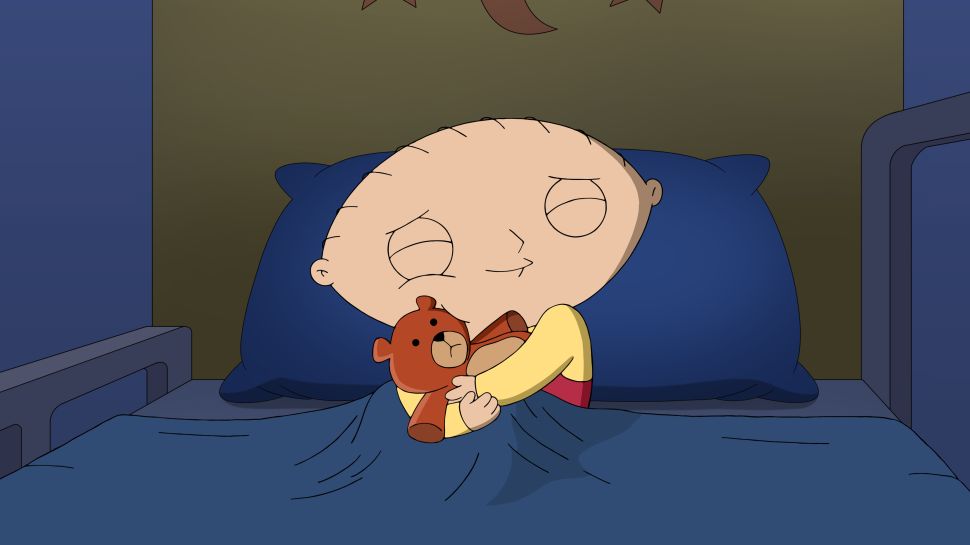