For nearly 10 years, with the full backing of then-President Barack Obama, the Federal Reserve has maintained a “zero rate” interest rate policy, keeping rates so low that, counting inflation, short-term rates have been effectively zero. That kept rates historically low by equivalent magnitudes across the whole market.

The Fed implemented this policy by buying up trillions of dollars of bonds, to the point that there are currently $4 trillion in bonds owned and held by the Fed. That effectively laid monetary policy land mines throughout the whole economy, potentially exploding the money supply and inflation along with it, which would make interest rates explode as well. No one is going to lend money today at yesterday’s negligible interest rates without much higher rates to compensate for the threat of ultimately getting paid back in dollars much depreciated by inflation.

Wise economists have long known that these potentially volatile policies left the economy on very thin ice, in danger of falling through and sinking to the bottom with just a misstep or two. Skyrocketing interest rates are very contractionary and threaten a return to the financial dungeons. That is why the Fed has been planning for years now to delicately unwind these policies before an irreversible tailspin results.

Obama and the Fed thought these risky, dangerous policies were necessary to guide the U.S. from the precipice of the financial crisis. But the great fallacy was relying on these highly risky monetary policies while every other policy of the federal government was anti-growth, leaving the Fed’s high wire tightrope act as the only game in town to enable recovery from the Great Recession.

Matched with the Fed’s policy of ticking hand grenade hot potato were Obama’s policies of increasing tax rates for every major tax, while maintaining America’s highest in the world corporate tax rates as an anchor holding the entire economy down. Then there was Obama’s blind overregulation, particularly in regards to the energy sector, which deprived America of its energy independence and dominance. Trump’s deregulation has already empowered America’s energy producers to ultimately lead the planet in oil, natural gas, and coal production.

Then there was Obama’s avalanche of federal spending, deficits and debt. All of those anti-growth policies ultimately added up to the worst recovery from a recession since the Great Depression, measured by economic growth (2 percent), unemployment (sky high for too many years), and income and wage growth (flat)—even with the Fed’s highly risky monetary policies.

And now, interest rates are starting to trend upward in the markets, and inflation is peaking over the horizon again. Last week’s market volatility was recognition of this newly emerging threat to the economy.

That malinvestment needs to be slowly liquidated without weighing down the booming economy. The Fed needs to raise interest rates as slowly as possible to avoid a panic that would disturb Trump’s boom.

Powell needs to proclaim a slowdown—not a termination—in plans to increase interest rates. Restoring market interest rates would ultimately be another pro-growth policy.

Trump’s Fed should also proclaim that its ultimate aim is to restore the price rule, which guided Reagan’s Fed so well. That would guide the Fed’s monetary policy by market prices for gold and other precious metals, tightening when they rose and easing when they declined.

But that must again be phased in as the Trump boom proves able to accommodate it. These monetary policy course corrections would cause the Trump stock market boom to resume overnight and rocket up even faster than before. 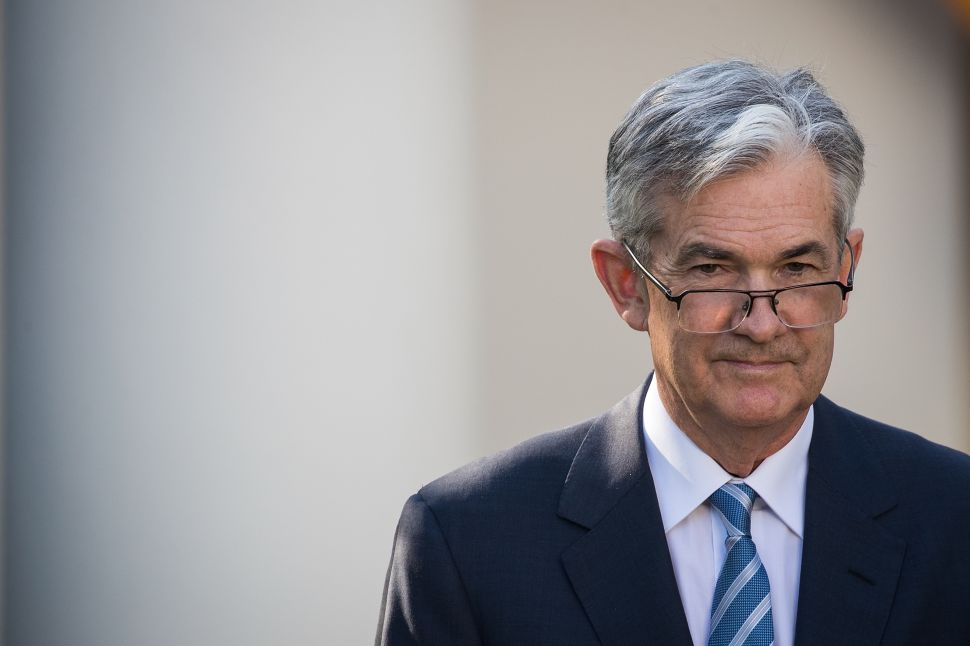