Florida school shooting survivor Emma González now boasts more Twitter followers than both the National Rifle Association and its spokesperson Dana Loesch. She has 958,000 followers compared to the NRA’s 585,000 and Loesch’s 781,000.

What makes this feat even more impressive is that González has been on the social media platform for less than two weeks. She only joined in the aftermath of the shooting at Margery Stoneman Douglas High School on February 14.

By contrast, the NRA has been on Twitter for nine years and Loesch has tweeted since 2007.

A grassroots Twitter campaign led to this rapid follower growth. In recent days, many prominent tweeters (including House of Cards creator Beau Willimon) encouraged their followers to leave the NRA “in the dust” on social media in favor of the Florida student..

Willimon and others pointed to González’s willingness to “speak truth to power.” The high school senior was particularly praised for her remarks at a post-shooting vigil, where she “called BS” on President Donald Trump’s response to the attack.

But González isn’t alone: many other MSD students have spoken out against the NRA on social media and on political news shows. Among the most active members of this group are senior David Hogg (322,000 followers) and junior Sarah Chadwick (227,000 Twitter followers).

One hallmark of these young protesters is (like most teenagers) they’re unafraid to be sarcastic. They have no problem trolling authority figures like Trump and Marco Rubio, who want them to shut up. After all, they’ve been ignoring their parents’ requests to do just that for years.

Good Morning! It's a beautiful day to remember that teachers shouldn't have to worry about anything except their Home Life and Educating their Students 🙃 (and maybe sometimes planning ice cream parties but thats just me)

We should change the names of AR-15s to “Marco Rubio” because they are so easy to buy.

Let's make a deal DO NOT come to Florida for spring break unless gun legislation is passed. These politions won't listen to us so maybe the'll listen to the billion dollar tourism industry in FL. #neveragain

And it doesn’t look like the protests will end anytime soon.

The students are planning a “March for Our Lives” in Washington, D.C. on March 24 to pressure politicians to act on gun control. 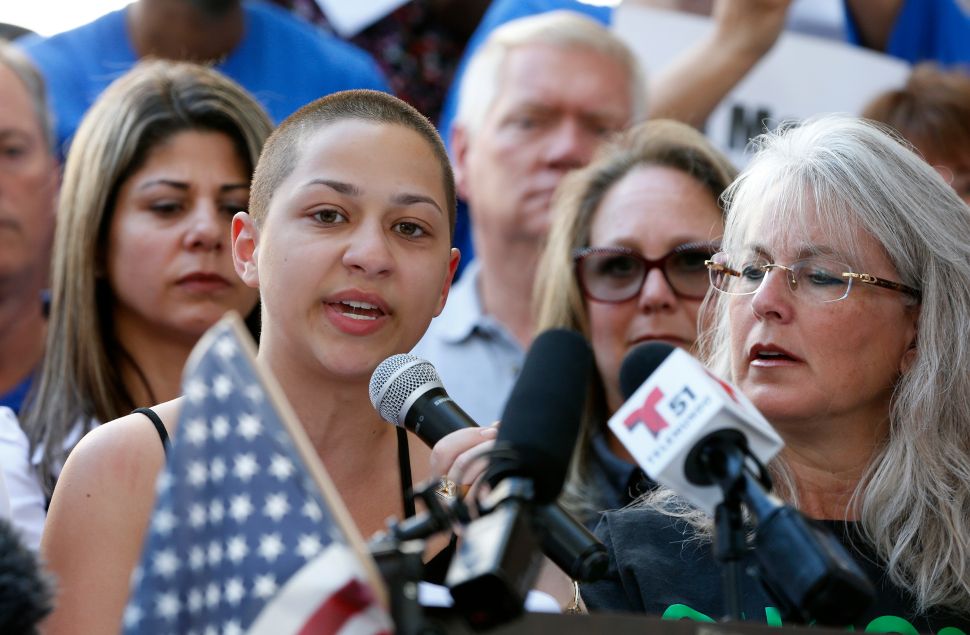