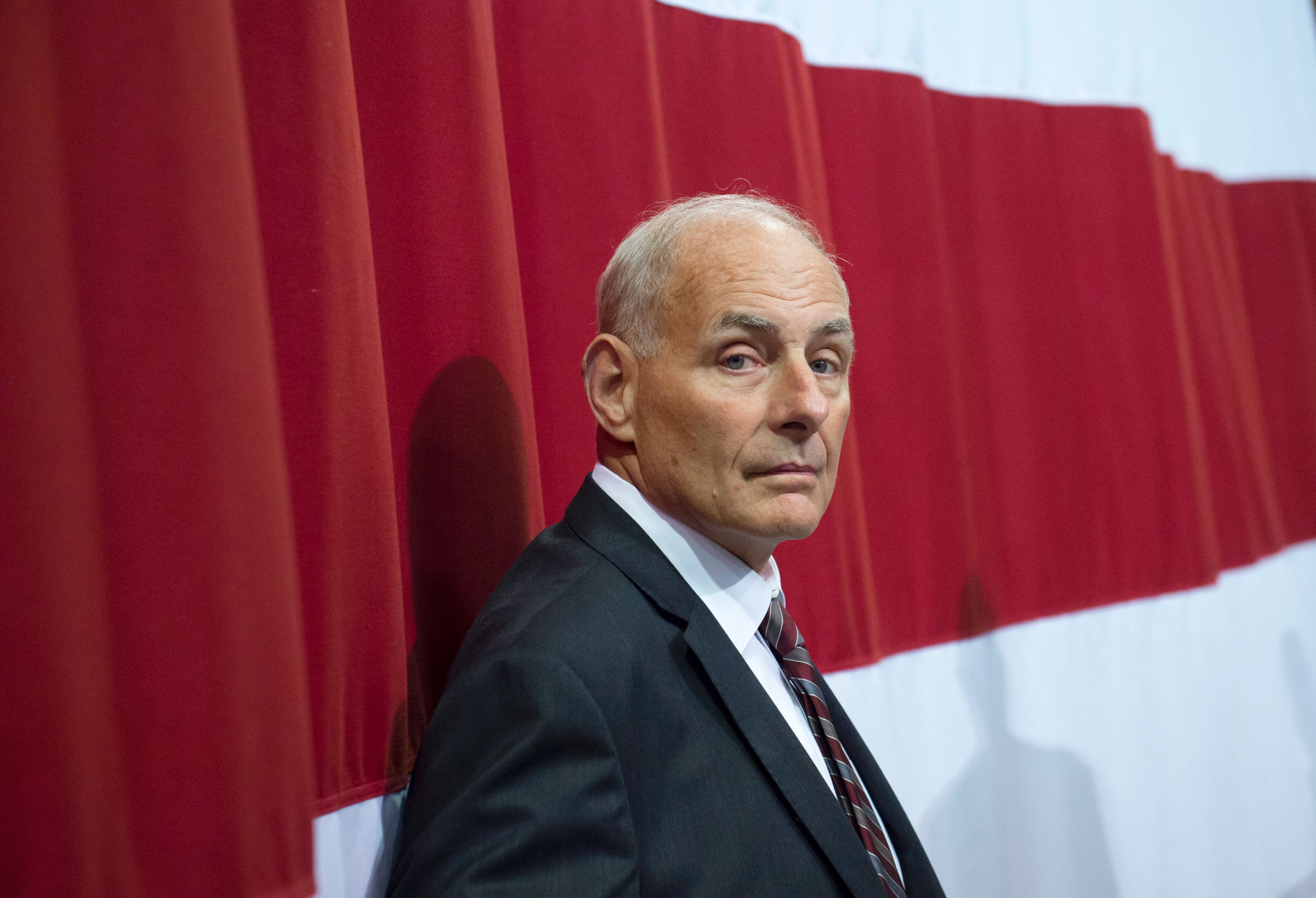 The racist insult against Dreamers by President Donald Trump’s chief of staff was so toxic Tuesday that Fox News Channel ignored it in prime time while CNN and MSNBC played it up in heavy rotation.

The Trump enforcer, General John Kelly, told The Washington Post on a recording that some eligible residents did not file for DACA immigration status because they were “too lazy to get off their asses.”

The comment seemed to suggest stereotypical images of listless Mexicans sitting around wearing sombreros and drinking tequila. The harshest comment against Kelly on cable news Tuesday night came from Lawrence O’Donnell on The Last Word on MSNBC.

In that they are about the same age and come from the same culture, O’Donnell explained—as one Irish-American discussing another—that Kelly’s words about lazy immigrants made him just as bigoted as Trump and should have historical resonance.

“That is exactly what some Americans said about John Kelly’s Irish relatives when they arrived in this country as immigrants,” O’Donnell said. “We can no longer be surprised when John Kelly opens his mouth and ugly prejudice and poison comes out.”

O’Donnell referred to a revelatory moment last year when Kelly insulted an African-American congresswoman from Florida, Frederica Wilson, with lies he refused to take back. O’Donnell said Kelly has a “heart full of hatred.”

Not a word of this was heard on Fox through Tucker Carlson Tonight, Hannity and The Ingraham Angle. All three hosts are fervent immigrant bashers and have helped Trump conflate the immigration debate with hearings on Salvadoran crime gangs and Trump’s desire to spend at least $25 billion to build a wall along the border with Mexico.

Generally, Carlson, Hannity and Ingraham love to dwell on tough talk from the Trump regime about locking up brown people who speak Spanish and kicking them out of the country. But Kelly’s tone was too much even for these right-wing propagandists.

Ingraham did her best to carry on in the true spirit with video of bags of heroin and scary brown men in handcuffs. Then she brought on a sheriff who wore a business suit and a gigantic cowboy hat. He told of babies born in jail toilets. And she showed pictures of young men with scarfs over their mouths making gang signs.

Carlson also tried to contribute to the cause without mentioning Kelly.

In an interview with Democratic Congresswoman Pramily Jayapal of Washington, Carlson tried to interrupt and browbeat her as he does almost every night in his kangaroo court.

But she was ready and challenged him on how Fox always characterizes immigration of relatives as “out of control.”

JAYAPAL: “If you listen to your show, to people on Fox News, to Donald Trump—”

CARLSON (interrupting): “OK, you’re not saying that we—”

JAYAPAL: “Hold on, Tucker. Let me finish my point…”

Because she was not on a split screen but in his studio, Carlson could not be as dismissive or rude as he usually is to female public officials, especially those who have foreign-sounding names.

In those cases, when they are on a remote camera, he makes faces, giggles and cuts them off. This time, Carlson let her finish her point.

But he never mentioned Kelly’s hostile words. Nor did Hannity. Nor did Ingraham.

No such oversight took place on CNN. In the 8 p.m. hour on Anderson Cooper’s AC-360, White House reporter Jim Acosta referred to “a long line of offensive comments coming out of the White House aimed at immigrants in the context of this immigration debate.”

CNN showed a clip of Acosta questioning Press Secretary Sarah Sanders about what he called Kelly’s “wildly offensive comment.” Sanders replied that Democrats are the lazy ones for not coming to work. Acosta reported that Democratic Congressman Steny Hoyer of Maryland challenged Kelly later Tuesday night about his remarks.

“General Kelly did not back down,” Acosta said. “Apparently, he doubled down” by telling reporters those eligible but unregistered for DACA “should have gotten off the couch.”

Panelist Maria Cardona, a Democratic strategist, called Kelly’s comments “bigotry at its best” and “disgusting” because he probably had Dreamers serve under him in the military. Later on CNN, on Don Lemon’s show, Ken Cuccinelli defended Trump’s top gun.

Before long, he was in a shouting match with Ana Navarro and told her, “I’m sick and tired of your shrill voice in my ear.” Lemon got control of the show again and scolded Cuccinelli.

Back on MSNBC, at the start of the night, Democratic Congressman Ted Lieu of California, who was born in Taiwan, appeared on All In with Chris Hayes. He dismissed Trump’s opposition to family reunification, which Republicans call “chain migration.”

“In America, we believe in family,” Lieu said, “which means we believe that moms and dads and brothers and sisters are part of the family.”

Of Kelly’s most recent insult, Lieu said, “His comments about immigrants being lazy are wrong and offensive.” 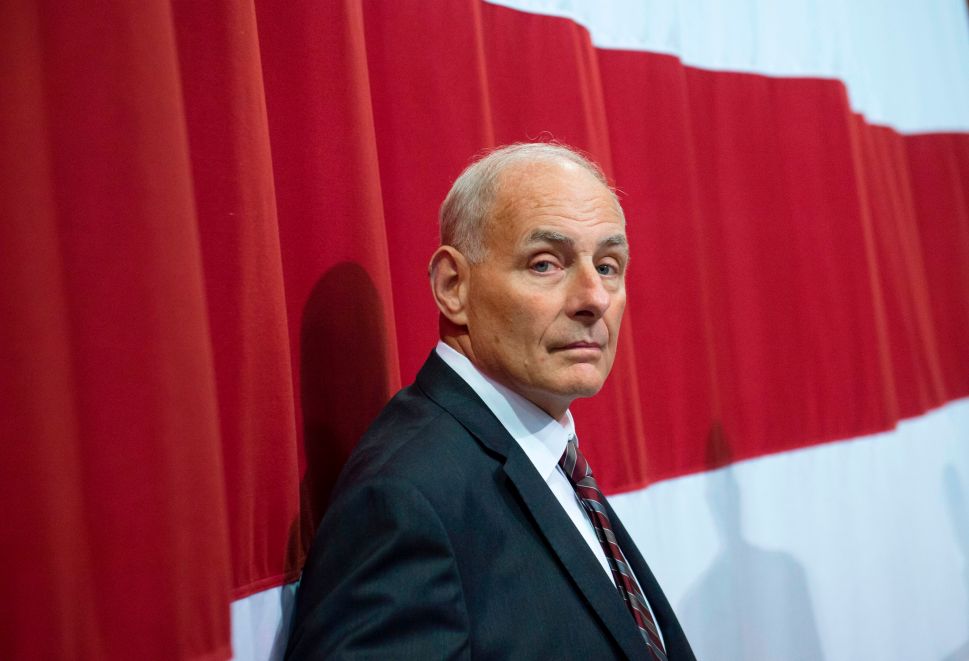