A French nationalist from the bourgeoisie touted European populism at the Conservative Political Action Conference (CPAC) on Thursday.

Despite resistance from some American conservatives that erupted after her name was added to the speaker lineup, Marion Maréchal-Le Pen’s address went ahead as planned. The young politician—the niece of Marine Le Pen, best known for her French presidential run last year—huddled with her team at the Gaylord Hotel’s downstairs grill on Thursday morning, enjoying a breakfast of croissants, orange juice and pastries while jotting down notes for her speech.

After Vice President Mike Pence addressed the crowd, Le Pen came onstage to applause from conservatives who had gathered to hear her brand of nationalist rhetoric.

“I’m not offended when I hear President Donald Trump say ‘America First,'” said Le Pen. “I want ‘America First’ for the French people. That’s why I fight for French diplomacy to act as a link between the East and the West.”

But though her appearance was hyped by the controversy surrounding her name—her aunt’s run for France’s presidency last year was often associated with antisemitic rhetoric—the room emptied following the vice president’s speech, leaving a lot of spare seats for Le Pen’s appearance.

“All I want is the survival of my nation!” Le Pen told the sparse crowd as an audience member yelled back “Vive le France!”

Despite the light reception, attendees praised the young politician for connecting America’s conservative movement with Europe’s.

“Her appearance is very appreciated here,” said a senior Republican in attendance. 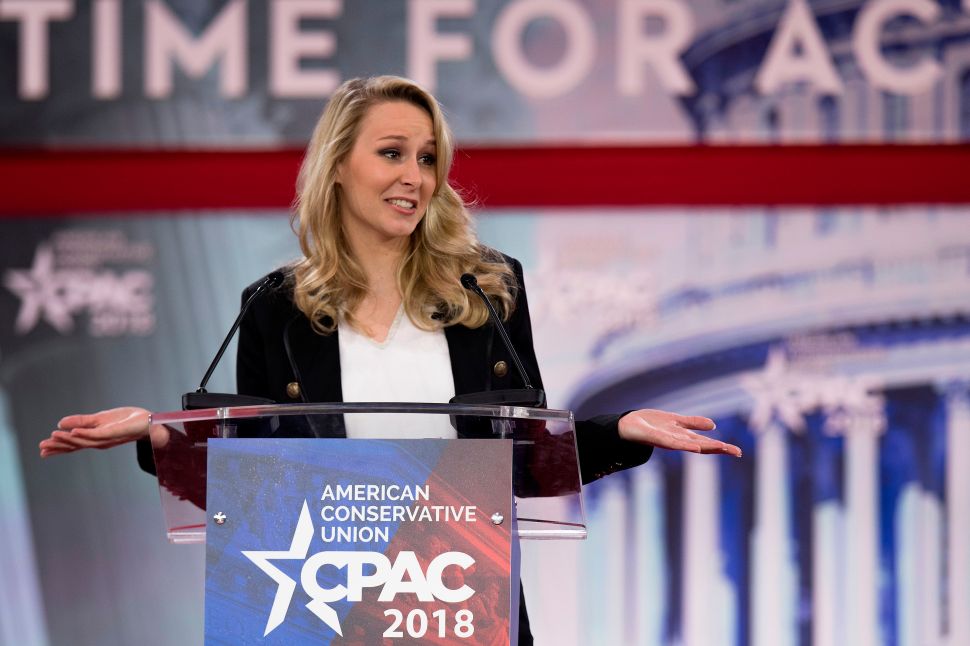