It may have started as a pet project, but after a Vice Media acquisition and a full changing of the guard, Garage magazine is poised to become the next pillar of America’s shifting—or perhaps shrinking—print media landscape. The bi-annual art and fashion-driven publication recently held a Warhol Factory-themed bash at The Gramercy Park Hotel’s Rose Bar to mark both the release of their 14th issue and the passing of the torch to Mark Guiducci, who became the magazine’s editor-in-chief last September.

However, it all began with the Garage Museum of Contemporary Art in Russia, which was founded Dasha Zhukova and her then-husband, billionaire Roman Abramovich, in 2008. Located in Moscow’s Gorky Park, the 8,500-square-foot property is an ever-expanding hub for modern masterpieces and ultimately provided the namesake for the magazine, which debuted in 2011. Since then, the publication has enjoyed a meteoric rise to popularity thanks to ravenous readership and generous funding. Now, according to Zhuvkova, who spoke with us exclusively at the celebration, it’s time for a new chapter.”The Garage team has moved to New York and our new issue pays tribute to the city, so tonight we’re celebrating with a mix of artists, creatives, designers, musicians…the sort of people that keep New York alive and fresh, and that we consider part of the Garage family,” Zhukova said, surrounded by her friends and frequent collaborators like Virgil Abloh and stylist Mel Ottenberg.

The issue being celebrated was Guiducci’s first, and also the first under Vice Media’s majority acquisition of the title for an undisclosed sum. Guiducci arrived at Garage after a five-year tenure as Vogue’s arts editor. “We think of ourselves as a digital platform that publishes a print magazine twice a year,” he told Observer of his new outlook. “Garage has always been about genre-defying collaborations, and we’re excited to see those happen much more frequently, in video and in real life too. Garage is the place contributors come to do the things no other publication will let them do.”

Among those concepts is the cover, which depicts Amy Adams dressed as Andy Warhol. Within the pages, she also dresses up as Dolly Parton, Liza Minelli and Debbie Harry. Guiducci says of the indisputably iconic Warhol: “[He] is stubbornly relevant—just look at what Raf Simons is doing at Calvin [Klein], or consider the Whitney’s upcoming retrospective—but he was just the starting point. We were thrilled that an actor as prestigious as Amy [Adams] would go for this concept, which is essentially drag of Andy in drag. It plays to the tension of artifice and authenticity that resonate with culture today.”

Although he’s just 29-years-old, Guiducci has a keen awareness of high culture and surrounds himself with the patrons who keep it humming, but there’s one reality star who, he says, gave him his best advice before taking his new position. “My best advice came from RuPaul,” he said with a laugh. “She told me, ‘Don’t fuck it up.’” 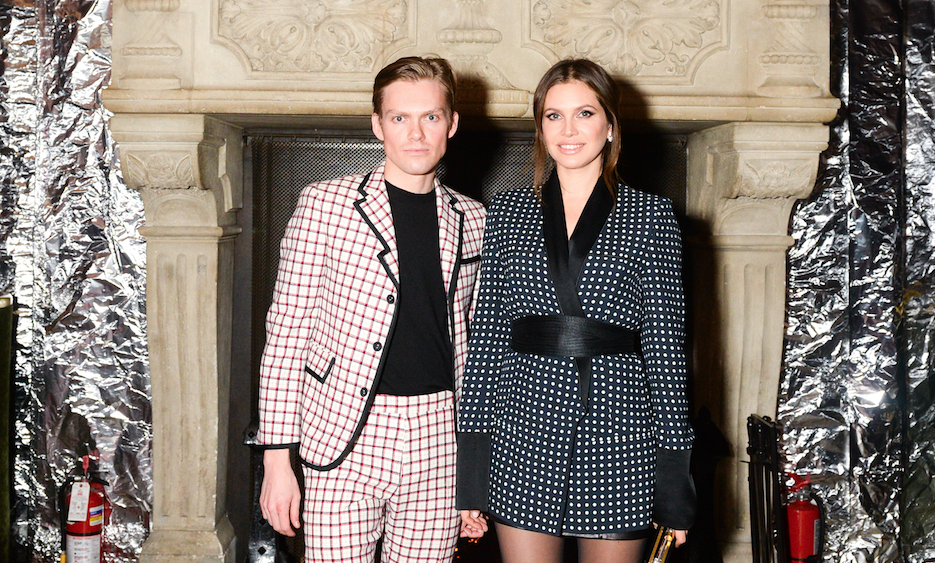